[ Editor’s Note: As if Trump and followers have not done enough to hurt the nation, they are hell bent on fostering an extension of the Covid scourge purely to blame it all on Biden ‘mishandling’.

And in true Trumper style, they do this with a straight face by making every possible harebrained claim, hoping that some will stick with the general public, but also knowing that their base will love the show.

One of the many things that Trump will go down in history for is the tactic of killing off his own supporters to hurt the other side. But his political gamble is a two headed sword.

We are seeing a growing consensus against the Trumper plan to gain control over who determines how presidential delegates are allotted by rigging Republican state house control over those decisions.

Adding in items like banning abortions are not Trumper focused, but other Republican target factions like the evangelicals, although I have a hard time wrapping my head around why religious people follow our arch criminal ex-president.

Even though we had general consensus that suburban women shifting back to voting Democratic was a main engine in Biden’s win, Trump handlers seem to think being anti-abortion might help swing a state or two.

There is nothing that Trump will not do to win, as he desperately needs the presidential immunity to save his hide from all of the pending prosecutions. Our challenge will be in finding Republicans that will form an anti-Trump faction, especially when it comes to their not letting the Trumpers get control over all the election management slots.

It’s going to be one hell of a take no prisoners battle… Jim W. Dean ] 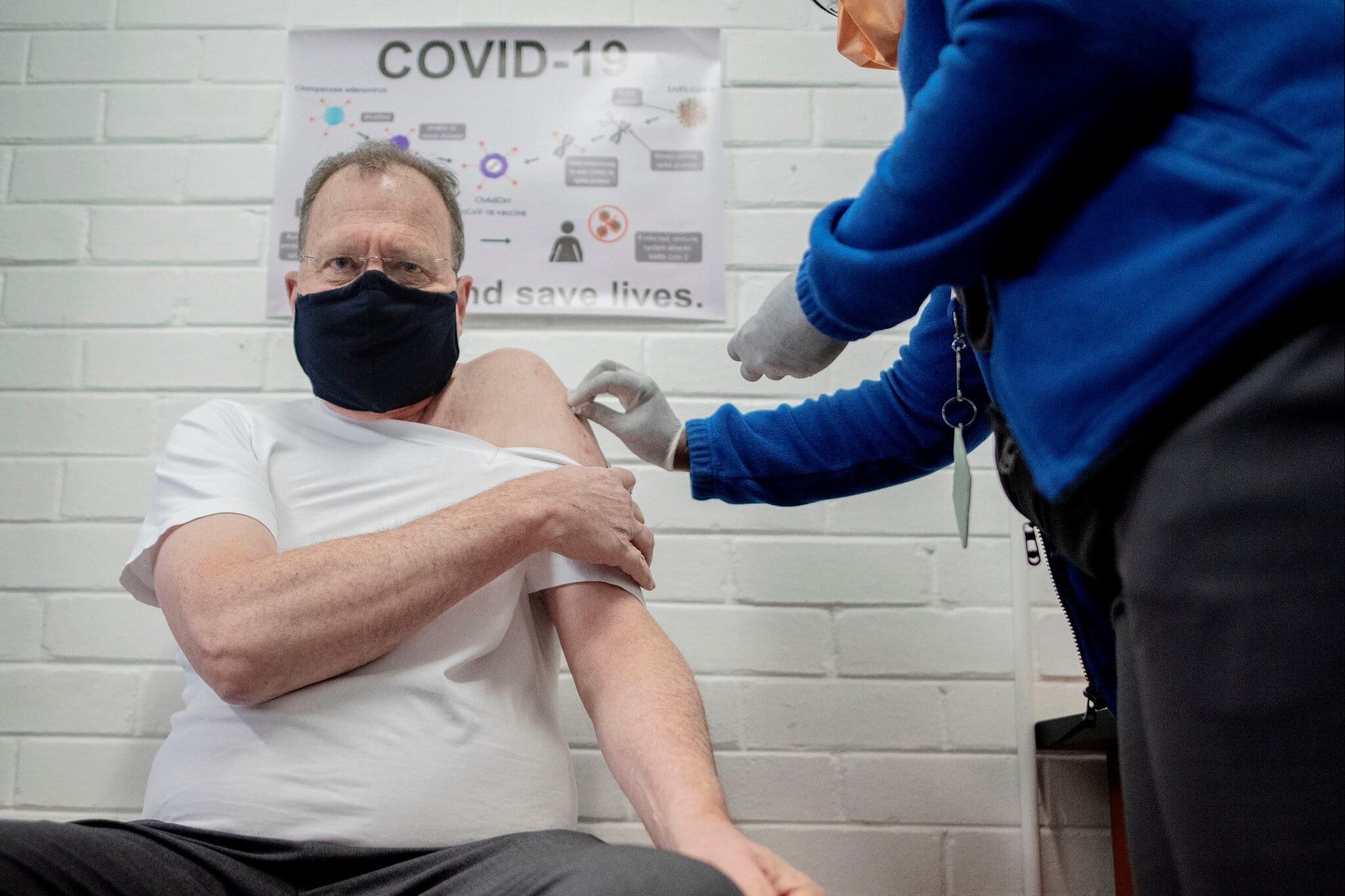 More than 218 million Americans have received at least one dose of a coronavirus vaccine. Cases and deaths are coming down. And a large part of the credit goes to American businesses.

“Every day, we see more businesses implementing vaccination requirements, and the mounting data that shows they work,” President Biden said on Thursday. “Businesses and organizations that are implementing requirements are seeing their vaccination rates rise by an average of 20 percent or more to well over 90 percent — the number of employees vaccinated.”

… Companies as diverse as BlackRock, McDonald’s, Cisco, IBM, Citigroup, CVS and Goldman Sachs have instituted some form of vaccine mandate. So have Google and Walmart. Many universities have done so as well.

… The good news is that mandates are quite effective. Reuters reported: “Vaccination rates against covid-19 in the United States have risen by more than 20 percentage points after multiple institutions adopted vaccine requirements, while case numbers and deaths from the virus are down.”

Roughly 66 million eligible Americans still are not vaccinated, but that is a huge improvement from 80 million or so before Biden rolled out his directive on vaccine mandates in early September.

… To business leaders who have pushed forward with vaccine mandates, sometimes in defiance of grossly irresponsible state governments, we can say: Well done.