The Biden administration moved Monday to regulate a group of long-lasting, human-made chemicals that pose health risks to millions of Americans, even as they continue to be used in an array of products such as cosmetics, dental floss, food packaging, clothing and cleaning supplies.

The Environmental Protection Agency said it will move with urgency to set enforceable drinking water limits on certain polyfluoroalkyl and perfluoroalkyl substances, or PFAS, more commonly known as “forever chemicals,” which do not break down naturally and have turned up in the water supplies of communities across the country.

In 2016 the Obama administration put in place a recommended, but unenforceable, health advisory limit of 70 parts per trillion for certain PFAS chemicals in drinking water — a level that scientists have said is insufficient to protect public health. Once mandatory standards come into effect — which will take years — local water utilities will face penalties if they fail to meet them.

EPA also will require manufacturers to provide detailed data about entire classes of compounds they produce and plans to designate some of them as hazardous chemicals under the nation’s Superfund law. 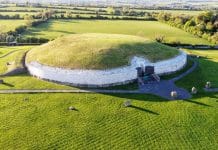