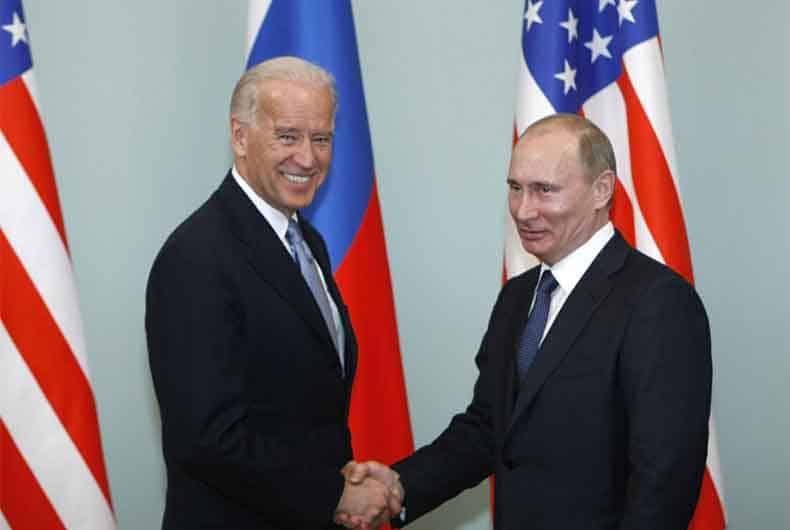 Moscow: On 16 June, the Russian president and his US counterpart met at the Villa La Grange in Geneva to discuss a number of issues, including bilateral relations, arms control and human rights.

Russia and the United States are on the right track following the Geneva summit in June, President Vladimir Putin said, addressing the Valdai forum on Thursday.

Putin described his meeting with US President Joe Biden as “fruitful”, saying Washington seemed to be intent on reviving relations with Moscow.

The Russian and US presidents held the first face-to-face talks in Geneva, Switzerland on 16 June, discussing a wide range of topics and coming to an agreement on a number of issues, including nuclear weapons and the return of ambassadors.

A month after the much-anticipated summit, where Vladimir Putin and Joe Biden agreed on strategic dialogue, the US and Russian delegations met in the Swiss capital to discuss strategic stability.

Before the consultations, the Russian foreign ministry stressed that the two sides would discuss issues of maintaining and strengthening strategic stability, as well as prospects for arms control.

The State Department, in its turn, added that such a dialogue with Moscow should lay the foundation for the future arms control regime and measures to mitigate risks.

SOURCEYoung Journalists Club
ATTENTION READERS
Due to the nature of independent content, VT cannot guarantee content validity.
We ask you to Read Our Content Policy so a clear comprehension of VT's independent non-censored media is understood and given its proper place in the world of news, opinion and media.