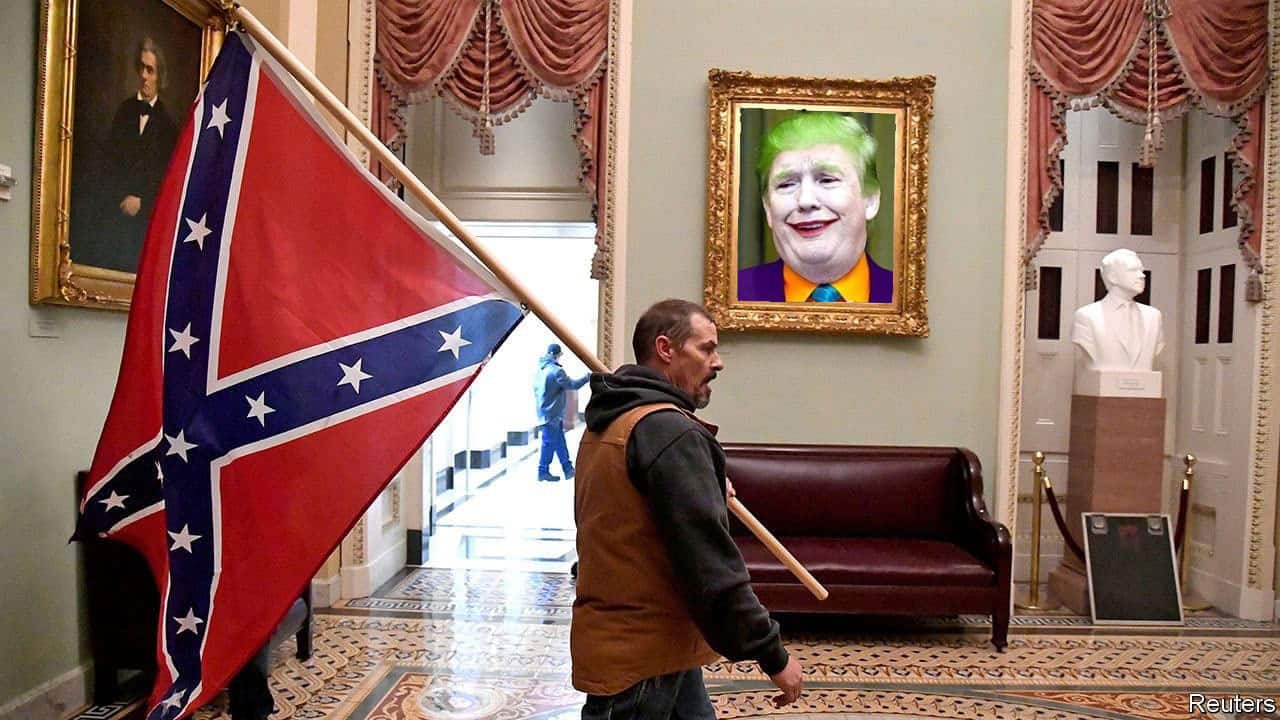 Congressman Steve Scalise, the #2 Republican in the House of Representatives and the guy who ran for office from Louisiana as “David Duke without the baggage,” has announced he’s whipping Republican votes to block a criminal contempt referral to the DOJ from the Jan 6 Select Committee against Steve Bannon.

My father’s Republican Party is now the modern-day Confederacy, and Republicans’ defense of Steve Bannon defying subpoenas this week pretty much proves it. If it keeps moving in the same direction, our American republic may soon be fully transformed into a racist, strongman oligarchy.

The racist and big-money poisons began to take over the Republican Party in the 1950s and 1960s after the Supreme Court ordered an end to school segregation with Brown v Board, and LBJ and the Democrats embraced the Civil Rights, Voting Rights and Medicare Acts.

In aggregate, Johnson’s Great Society offended both the nation’s billionaire oligarchs, who saw Medicare and other programs as “socialism,” and the white racists who were horrified that they’d now have to share schools, hospitals and polling places with African Americans and other minorities.

Those white racists, particularly in the South where the majority of America’s Black people lived, fled the Democratic Party and flocked instead to the GOP. Richard Nixon saw this as the key to his presidential victory in 1968, openly inviting racists in with his “Southern Strategy.”

Thus began the transformation of the party founded by Abraham Lincoln.

At the same time, the Libertarian and Objectivist movements found common cause with the anti-communist movement led by the John Birch Society which saw every effort to help working-class or poor Americas as a step toward full-blown Soviet-style socialism. They all marched into the GOP.

Read the Full Story at RawStory.com