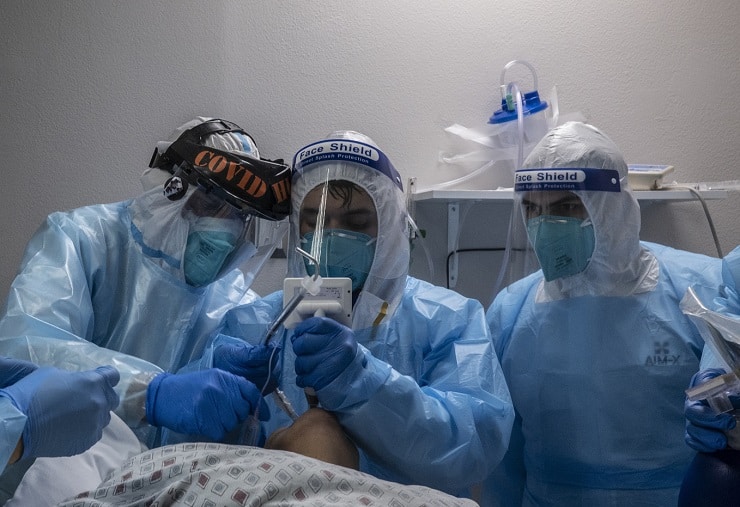 It has pushed conspiracy theories about everything from 9/11 to “the Great Reset,” a right-wing myth that pandemic lockdowns are a prelude to biomedical totalitarianism. And it has a record of targeting vulnerable communities with vaccine disinformation—despite an ongoing pandemic killing about 1,500 Americans every day.

And yet the Organic Consumers Association (OCA), a nonprofit based in Finland, Minnesota, is no right-wing operation. In fact, it’s somehow found a place for itself in progressive political circles.

For years, the group inhabited the ragged margins of the left-wing political map: an odd estuary where environmental advocacy mingled with paranoia about vaccines and “trutherism” about the Sept. 11 attacks. The group’s leader, Ronnie Cummins, has long published articles about genetically modified organisms in obscure online outlets and occasionally appeared on long lists of signatories to letters written to federal officials about legislation like the so-called “farm bill.”

But the progressive surge of the past half-decade has allowed the OCA to seep into the mainstream, even as its activities have grown increasingly toxic.

On the subject – Foundations and Public Policy – more covert money

In September 2019, five House Democrats appeared at a rally that OCA affiliate Regeneration International held on Capitol Hill with the Sunrise Movement, in support of the Green New Deal.

A few months earlier, the Association had feted Robert F. Kennedy Jr., perhaps the nation’s foremost anti-vaccine activist, for an event in Minneapolis.

In February 2020, Sen. Cory Booker (D-NJ) touted the organization among the endorsers of his “Farmers Bill of Rights”—even though it spent that same month bankrolling a campaign to overturn a statute limiting vaccine exemptions in Maine.