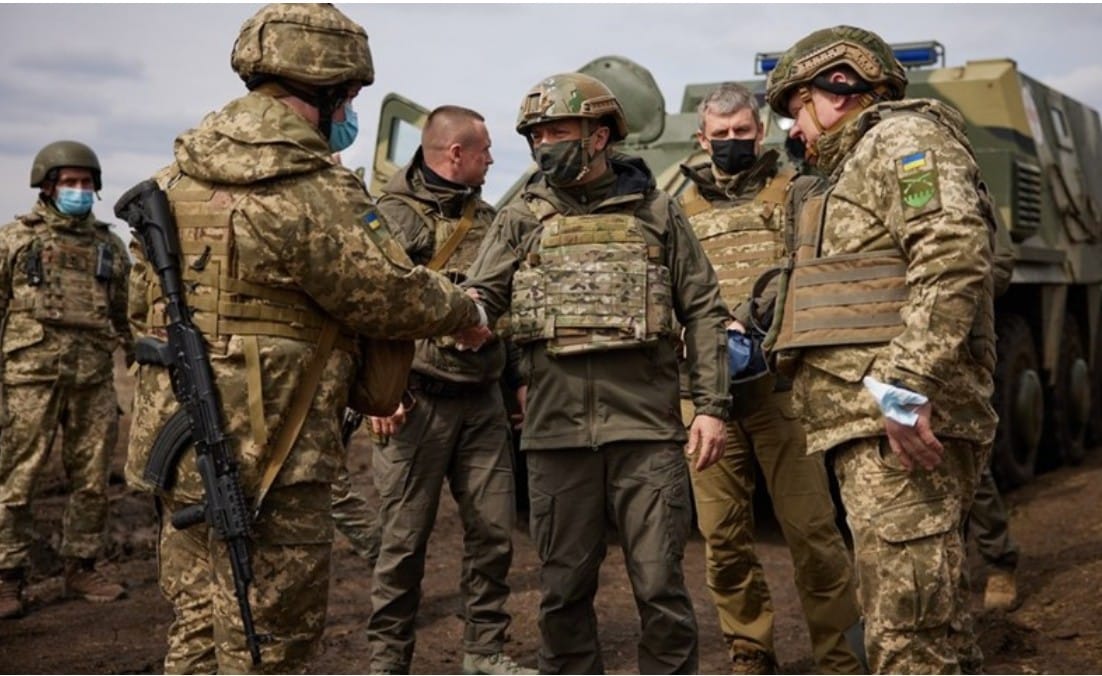 No matter how many times it has been said that relations between Russia and Western countries can no longer get worse, the news agenda proves us the opposite again and again. On October 24, German Defense Minister Annegret Kramp-Karrenbauer gave an interview to Deutschlandfunk radio in which she threatened Russia with the use of nuclear weapons if the country did not bow to NATO’s guidelines. Even though Germany itself does not possess nuclear weapons, it was implied that an attack could be launched by an American arsenal from European territory.

Russian Defense Minister Sergei Shoigu commented on his German colleague’s dreams of a new war, saying in particular that “we must remember how the pulling of forces to Russia’s borders ends”. Quite a fair comment on the country that started the two world wars. Director of the Russian Foreign Intelligence Service Sergei Naryshkin also spoke about the aggressive military plans of Western partners and pointed to the futility of the attempts to seize Russian territory.

Prior to that, Russia decided to suspend the work of its permanent mission to NATO as of November 1 in response to the decision to withdraw accreditation of eight mission members. The NATO Information Office at the Belgian Embassy and the Military Liaison Mission in Moscow were also closed. Russian Foreign Minister Sergey Lavrov spoke about this issue, saying that “relations between Russia and NATO cannot be called catastrophic, because they simply do not exist”. The closure of diplomatic missions is in itself an alarming signal in terms of military security, but it is only the tip of the iceberg. As we can see, Russian politicians have become more active in expressing their views on the prospects of military conflicts with the West, which means that this issue is already being thoroughly considered by Russian elites, and they take the risks of military conflicts near their borders seriously. Continuing this theme, it is necessary to mention a recent article by former Russian President and current Deputy Chairman of the Security Council Dmitry Medvedev on Ukraine. In that article he considered current Ukraine government as completely unprepared for negotiations and scrutinize no prospect for peaceful cooperation either with Ukrainian political elites or their Euro-Atlantic handlers. We may also recall the words of U.S. Secretary of Defense Lloyd Austin about guarantees of military assistance to Kiev in case of aggression from Russia and the British project of military-material assistance in the form of supplies of Brimstone missiles and joint construction of warships. These political gestures demonstrate that the Anglo-Saxon elites are just as ready for an escalation of the conflict with Russia, and they have chosen the territory of Ukraine as the point of force application.

The situation in the Eastern Europe does seem appropriate for an escalation of the military situation in the eastern part. The coronavirus pandemic, due to low vaccination rates, is again breaking records in morbidity and mortality, and a lockdown is being one more time imposed in Russia, which means additional damage to business and the well-being of citizens. In Europe, the situation can’t be regarded better in comparison with Russia, because of the emerging energy crisis and gas supply disruptions, with the risk of a cold winter. The EU economies also bear a heavy burden in the form of the costs of building a green economy, and not everyone is coping with it.

The pressure on Russia from the West through Ukraine is an extremely convenient position, because on its southern borders, i.e. in the Caucasus and Central Asia, it already has to be distracted by destabilization processes generated by Turkey as part of its policy of expansion in Eurasia. Furhermore, the case of the fall of the old regime in Afghanistan and the coming to power of the Taliban government, which is also not the problem of one particular country, but it seems to be a powerful signal for all inhabitants of Central Asia suffering from low living standards, ignorance and insolvent and corrupt local elites. By a very strange coincidence, hotbeds of tension are being created around Russia’s borders. Or was the creation of these hotbeds planned as part of someone else’s strategy? Speaking of Central Asians, there is another major Russian domestic policy related to them. The country is home to a huge number of legal and illegal migrants from Tajikistan, Uzbekistan, and Kyrgyzstan, who almost entirely occupy certain sectors of unskilled labor, like housing and utilities. And they also commit a significant portion of criminal offenses in large cities, stealing and raping on a regular basis. According to statistics, during the first lockdown in Moscow in 2020, when most migrants from Central Asia were returned home, the number of crimes committed in Moscow dropped by 75 percent. Despite such an obvious threat to its citizens, the government recently amnestied 300,000 migrants previously deported for crimes, unable otherwise to make up for the shortage of cheap labor. Of course, should the domestic situation deteriorate, whether due to military conflict, economic crisis or other reasons, migrants will become another destabilizing factor, dramatically worsening the crime situation.

The coming winter will be a serious test for peace cooperation initiatives due to the objective circumstances described above, and the onset of the spring period in northern latitudes is often associated with an increase in military activity. The previous large-scale act of Ukrainian aggression in the Donbass took place in April of this year; in the time remaining until next spring, NATO instructors will have time to train the Ukrainian army in addition to American and British military supplies. The likelihood of a new conflict is quite high, and its primary goal is precisely the diversion and weakening of Russia.