Attorney general says payout was driven by internal assessment that Justice Department was likely to lose suit over firing.

[ Editor’s Note: If anyone thinks this was some kind of great wind fall for McCabe think again. Any credible DC attorney starts at $500/hr and then get up to $700 real quick. So a good chunk of the settlement will go to his lawyers, as a ‘team’ usually has to work on complex cases.

When you get the bill, it details almost every minute that each person puts in. I saw an estate case a few years ago where a client who wanted to be constantly babysat by his attorney was going to pay through the nose. 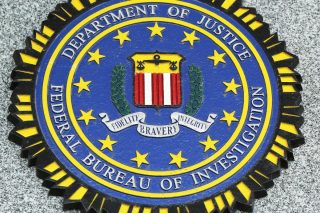 Any communication with the office like a voice mail or emails was a $60 charge just for accepting it, before the billing time to respond was added. The attorney does not pay the staff out of his billings.

McCabe has a good future, as former Acting FBI Directors do not grow on trees. If he does not go into politics, he can be one of those $500/hr+ ‘inside the beltway attorneys real quick if he wants to, but he does need to get out of the limelight first.

We have not heard anything about where Rudy’s disbarment case is going, along with the grifter gang that got sanctioned from the Detroit lady judge. I thought she was going to be forwarding her case on them to their respective home state bar associations.

All of them admitted (not wanting to add a perjury rap onto their list of problems) that they had submitted ‘evidence’ to the court as true, when it was all third party hearsay garbage, which of course they knew, but did it anyway to get the headlines.

The Justice Department agreed to pay former acting FBI Director Andrew McCabe and his attorneys over $700,000 because lawyers for the government concluded that they were likely to lose a lawsuit McCabe filed over his firing by the Trump administration just hours before he was set to retire, Attorney General Merrick Garland told lawmakers on Wednesday.

…”The McCabe settlement was a recommendation of the career lawyers litigating that case based on their prospects of success in the case,” Garland said.

…”It involved a claim that he was not given the amount of time necessary to respond to allegations,” Garland said. “The litigators concluded they needed to settle the case because of the likelihood of loss on the merits of that claim.”

…McCabe’s suit was broader than Garland stated, including claims that his firing was an act of political retaliation and violated his First Amendment rights.