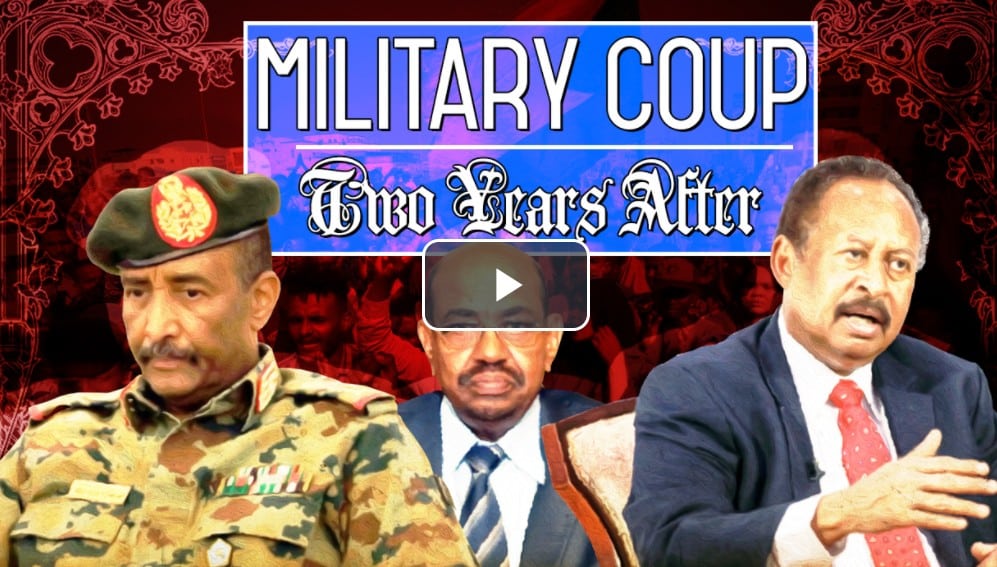 Sudan was subject to another military coup, two years after its previous one.

It was previously established to guide the country to democracy following the overthrow of long-ruling autocrat Omar al-Bashir two years ago, that was also carried out by the military.

In the entire history of Sudan, the military has always played a significant role and intervened in politics, essentially defining it.

On October 25th, General Burhan announced a state of emergency, saying the armed forces needed to protect safety and security.

He then vowed to hold elections in July 2023 and hand over power to the elected civilian government, until then a military junta would be in charge.

The Sudan information ministry, which is still loyal to ousted Prime Minister Abdalla Hamdok, said that the transitional constitution gives only the prime minister the right to declare a state of emergency and that the military’s actions are a crime.

Some citizens opposed to the coup barricaded streets and clashed with troops, but a significant part of the population supported the military.

The main opposition coalition, Forces of Freedom and Change said that it was calling for peaceful actions in the streets to overthrow the military takeover, including demonstrations, the blocking of streets and civil disobedience.

That didn’t work, as at least 7 people have been killed and 140 have been injured, so far.

The information ministry urged resistance saying tens of thousands of people are opposed to the takeover and many have even been subjected to live fire near the military headquarters in Khartoum.

Meanwhile, social polls demonstrated that the majority of the population was dissatisfied with the work of the overthrown government.

The government under Prime Minister Hamdok was mostly guided by the recommendations of the IMF, and as a result brought the country’s economy almost to collapse.

With much of the population starving.

In addition, the United States said that it was withholding $700 million in economic aid until further notice.

The United States supports the ousted government, as do the the United Nations, Arab League and African Union all of which expressed concern.

Sudan is in a strategic area, and can be considered as the “gateway” to the Central African Republic and neighboring regions.

It is of great interest for world and regional leaders.

Sudan has always been famous as one of the key transport hubs in the northeast of Africa.

This includes various kinds of illicit smuggling as well.

It is also no surprise that the military could quickly mobilize and take power in their hands, as it is quite capable, as well as being well-equipped according to regional standards.

Both Russian and Belarusian military instructors have made sure that the soldiers and officers are primed for most scenarios.

However it is difficult to say that foreigners, whether Russians, Turks or Americans, take any active part in the ongoing events.

The Sudanese army elite simply does not need it.