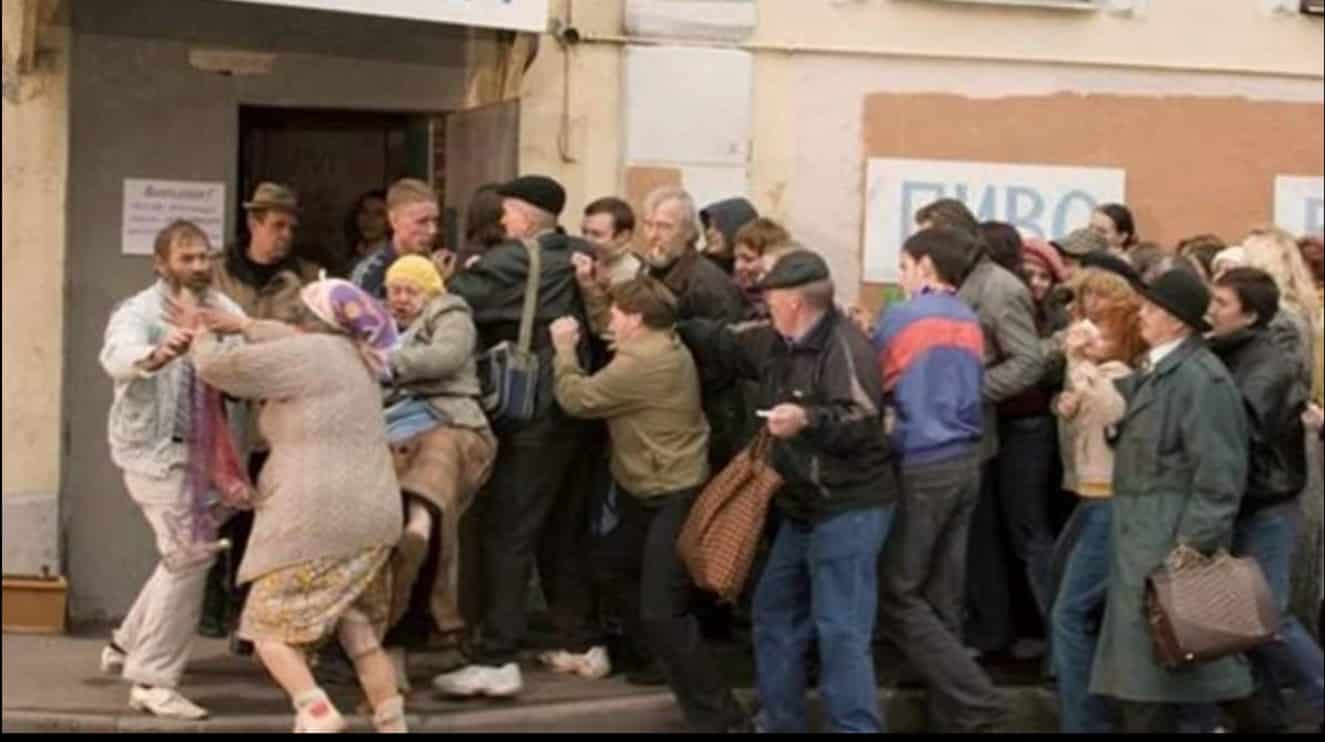 …by Bogdan Georgievich Lisitsa, for VT

The main reason for the collapse of the USSR was latent famine. With the coming to power of Gorbachev in the USSR, big problems began with food. In Gorbachev’s time, store shelves were empty or nearly empty.

When bread or other groceries were brought to stores, queues were huge, and people had to come to the store at midnight and queue up to buy bread. The store opened at 8.00 or 9.00 and all this time you had to wait.

At the same time, a huge number of trucks were taking food to landfills. During Gorbachev’s time in the USSR, food was destroyed in huge quantities.

The hunger was hidden, because for a real hunger to occur, it was necessary to take away from people by force what they had grown themselves. Gorbachev was afraid to do this, so there was no real cruel famine. During Gorbachev’s time and in the first years after his departure, the population of the former USSR declined by many millions.

Today the globalists are destroying the United States. They are disrupting supply chains. Due to the disruption of the supply chain, many production stops.