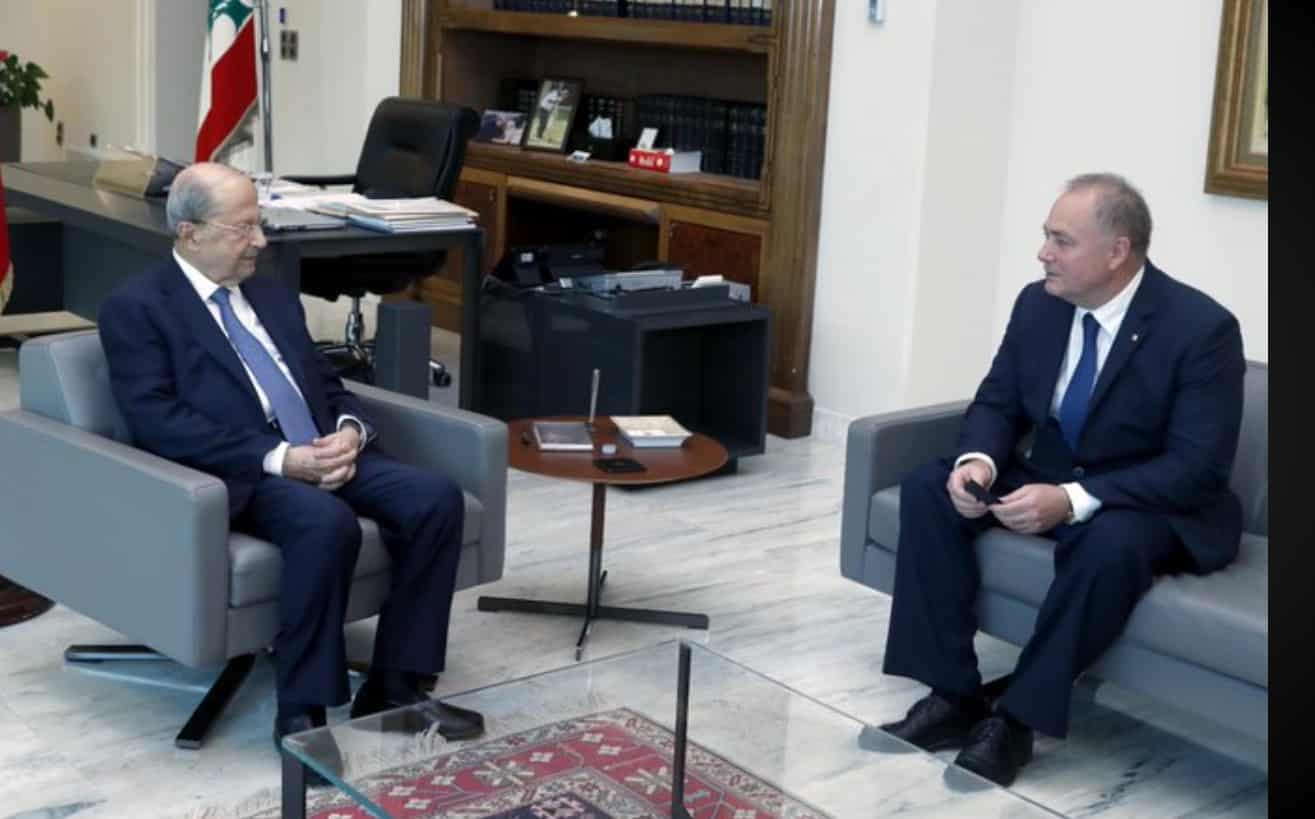 This is the public announcement:

President of the Republic, General Michel Aoun, presented this morning at Baabda Palace with the Russian Ambassador in Beirut Alexander Rudakov Lebanese-Russian relations and ways to develop them in all fields.

President Aoun referred to “the position announced by President Vladimir Putin a few days ago regarding his country’s readiness to provide Lebanon with satellite images of the day of the explosion that occurred in the port of Beirut.”

And he officially asked Ambassador Rudakov to inform the Russian authorities of Lebanon’s desire to obtain these images, perhaps providing information Additional information that could benefit the judicial investigation into the crime.

Ambassador Rudakov promised to transfer the presidential request to the Russian leadership, so that it could be based on what is required.

During the meeting, a presentation of the existing cooperation between Lebanon and Russia in the field of energy was also discussed, and President Aoun welcomed the desire expressed by the Russian companies to work with the Lebanese state, especially with regard to the oil refineries in Tripoli and Zahrani, provided that a full and comprehensive study on the matter would be prepared. The research dealt with the agreement related to oil installations in Tripoli.

For his part, the Russian ambassador affirmed that his country is “interested in helping Lebanon in these difficult circumstances it is going through, and in contributing to the process of economic recovery.”

On the other hand, President Aoun received a congratulatory message on the anniversary of the Prophet’s birthday from Iranian President Ibrahim Raisi, in which he drew attention to the common denominators that unite Lebanon and Iran, which must be relied upon “in order to take more serious steps in the path of consolidating and strengthening bilateral relations between the two brotherly countries.”