[ Editor’s Note: Glenn keeps hammering away on the Biden DoJ’s delay in bringing charges on Trump people involved in the Insurrection after ten months which is severely hurting the deterrence needed against such future events. 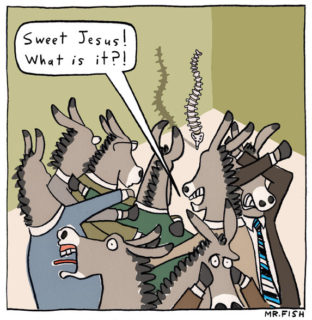 Those who were involved in the Jan 6 attack are out working on the next election rigging, totally unimpeded by an ongoing prosecution on the first one. And it is hurting the Biden presidency by making him look weak, that the Democrats aren’t strong enough to deal with the Trumpers.

This theme was widely panned as contributing to Biden’s 46% poll numbers, and helped close the margin on the Virginia governor’s race today.

While I can understand the issue of the DoJ not wanting to discuss investigations, we have plenty of evidence that the news reporters have compiled, way more than is needed to sustain some initial charges that can be fleshed out later.

The DoJ did this with the rioters initially, laying an initial charge on them that could be added to when more evidence emerged. Why could the DoJ not have done the same with the planners by this point? Inquiring minds wonder… Jim W. Dean ]

The Washington Post printed a 3-part series taking an extraordinary deep dive into the before, during and after of the January 6 attack on the US Capitol.

This again raises the question many have been asking throughout the 10 months since the attack on our democracy: is Attorney General Merrick Garland’s Department of Justice criminally investigating Donald Trump for his efforts to overturn the results of the presidential election.

This video discusses the goals and principles of prosecution, focusing on general deterrence – deterring others from committing the same or similar crimes.