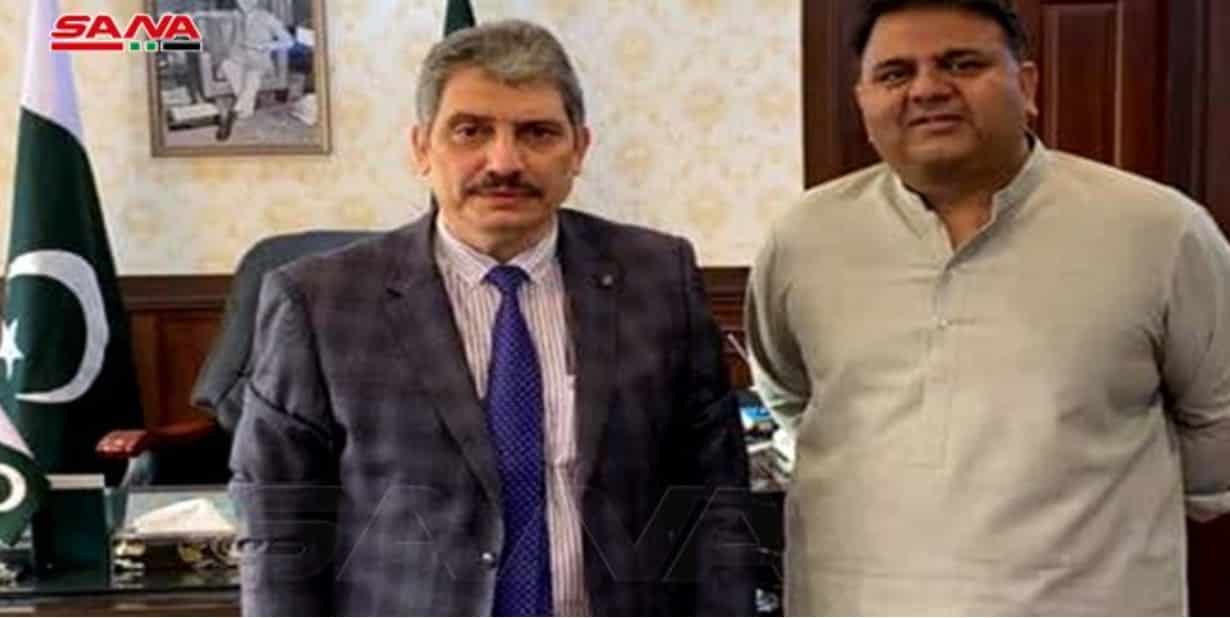 Islamabad, SANA- Pakistani Information Minister Fouad Chaudhry affirmed his country’s readiness to bolster cooperation with Syria at all fields, especially in the media one.

Chaudhry ‘s remarks came during a meeting with Chargé d’affaires of the Syrian Embassy in Islamabad, Mazen Obeid.

The two sides discussed means to strengthen the joint cooperation in various fields , especially in media and cultures fields , and draw on the Syrian expertise in translating the Pakistani films and television works into the Arabic language, in addition to the participation of the Syrian artists in festivals which are held in Pakistan.

For his part, Obeid pointed out the important role played by the Syrian media during the terrorist war on the country in the face of the misleading Western media against it.