[ Editor’s Note: This will have the rest of the rioters sweating bullets if they know there is video of them attacking the Capitol Police, something to ponder over the holidays and maybe enjoy their last Christmas at home for a while.

That said, expect to see woven into Trump’s 2024 campaign his jihad to pardon all the insurrectionists. There will also probably be a big fundraising campaign to lighten the final hit the people will be taking, if those running for office don’t hoover it all up.

What I don’t know is when the DoJ finally gets around to deciding what it wants to do on the sedition charges. Will those sentenced for their initial offenses have some exposure there?

It would be the only real deterrent that I see. All of these people who do a few years will be cult heroes when they get out and might not have to pay for a drink at a bar for the rest of their lives.

The small fish will be forgotten if the big ones are rounded up and get their full measure, and that includes all the Congress Critters involved with the planning and logistics. An example has to be set to match the level of what they were attempting to do.

Personally I would give them life in prison, so they are always there for future wannabe insurrectionists to see what can happen. Thus ends my cheery missive for today …Jim W. Dean ] 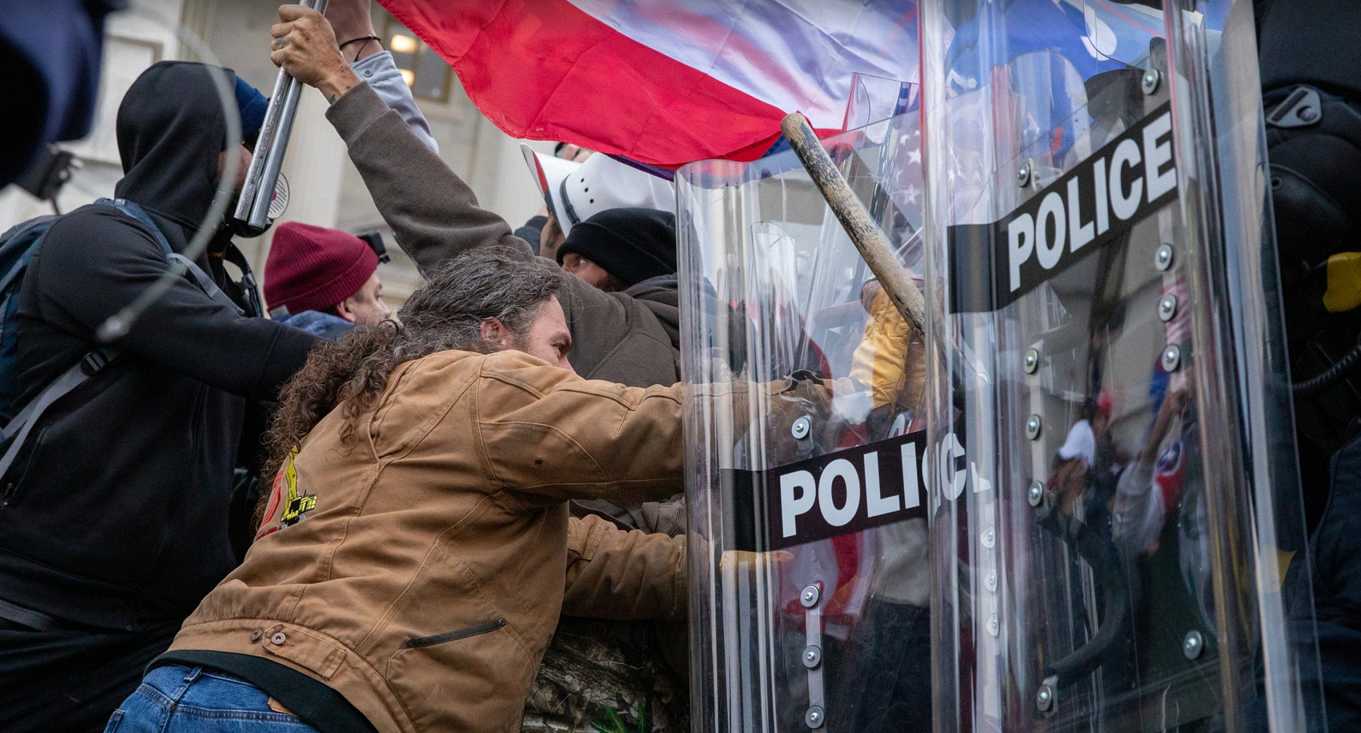 Fairlamb, a Trump supporter and brother of a Secret Service agent, pleaded guilty in August to two charges.

“A former Mixed Martial Arts fighter, he joined the storming of the police line on the West Terrace, obtaining a police baton and screaming ‘What Patriots do? We fuckin’ disarm them and then we storm the fuckin’ Capitol!’” prosecutors said in their sentencing memo.

“After exiting the U.S. Capitol, Fairlamb aggressively followed a line of dramatically out-numbered Metropolitan Police Department officers, screaming vitriol at them as they attempted to traverse the over-run Terrace.”

“After isolating an MPD officer from his fellow officers, Fairlamb shoved the officer and then punched his face shield,” prosecutors added.

Two days later, Fairlamb celebrated the attack and warned of more violence, “They pulled the pin on the grenade, and the blackout is coming,” Fairlamb said at the time.

…Fairlamb, a Trump supporter and brother of a Secret Service agent, pleaded guilty in August to two charges: obstructing Congress’ effort to certify the 2020 election and assaulting a police officer. He’s the first of more than 100 defendants charged with assaulting and impeding police officers to face sentencing, and his case is likely to become a benchmark for the others.