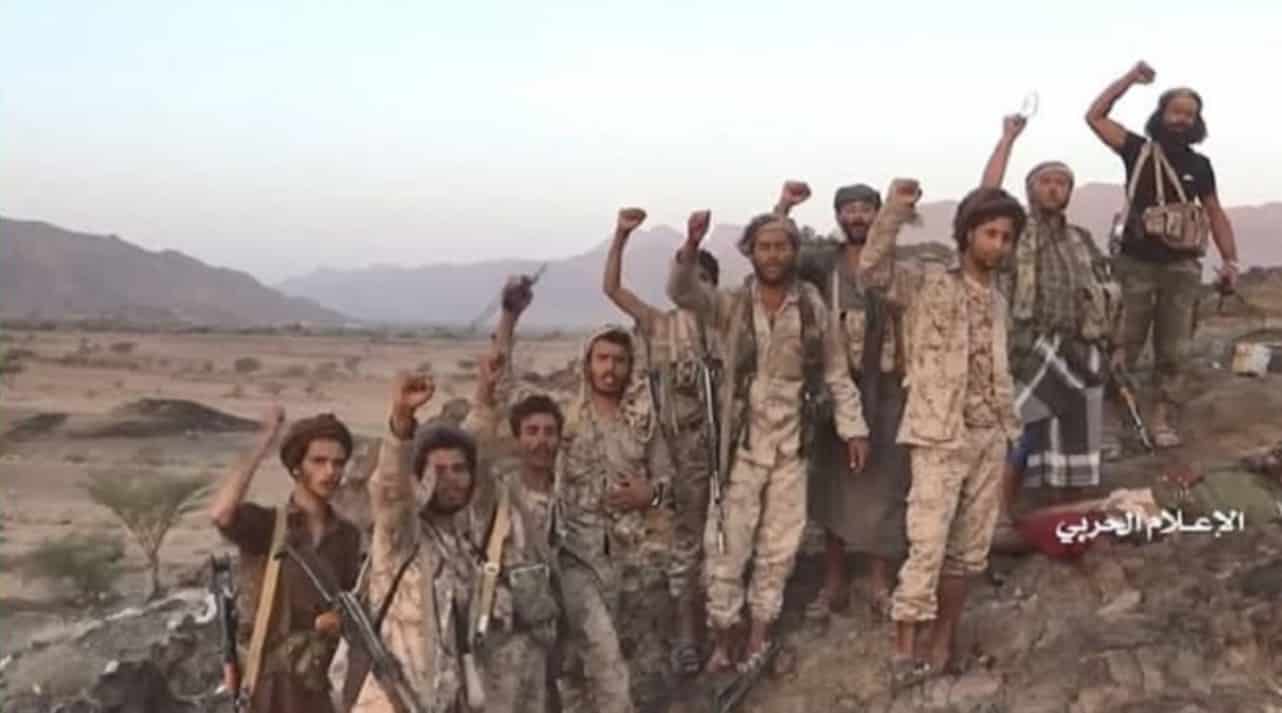 Press TV: Yemeni forces and allied fighters from Popular Committees have captured a key military base occupied by Saudi militants loyal to former president Abd Rabbuh Mansur Hadi in the country’s strategic oil-rich province of Ma’rib, and moved closer to the heart of energy reserves in the area.

Local military sources, speaking on condition of anonymity, said army troops and their allies launched intense attacks in the al-Jubah district of Ma’rib, and managed to seize Umm Reesh base following hours of fighting with Saudi mercenaries on Friday.

The sources added that the Yemeni forces raided the military base from various directions, and forced the Saudi-backed militants to withdraw from the area.

They noted that the base includes training centers, and it is the last bastion for Saudi-sponsored forces in the southern part of Ma’rib.

The sources went on to say that the withdrawal of Saudi mercenaries from Um Reesh base came after the Yemeni army soldiers and Popular Committees fighters targeted the military site with ballistic missiles and heavy artillery rounds.

The Yemeni army announces the liberation of two more districts in the strategic west-central province of Ma’rib by its troops and allied popular forces pro-Saudi militants.

The fall of Umm Reesh means rapid advances of Yemeni army forces and their allies towards Safar region, where oil and gas fields of Ma’rib province are located.

The Yemeni military sources said fierce clashes between the two sides continue in several highlands overlooking al-Khashina base. Neither side has managed to score any field progress yet.

Some unofficial sources on Saturday said Sana’a forces have taken control of the hills and mountains around the southern part of Ma’rib, which is viewed as the gate to the strategic city.

A high-ranking member of Yemen’s Supreme Political Council has denounced the United States over approving a 650-million-dollar sale of air-to-air missiles to Saudi Arabia.

Mohammed Ali al-Houthi stated that the major weapons deal with the Persian Gulf kingdom shows that the administration of President Joe Biden is not committed at all to Yemen peace, and in contrast supports the Saudi war on the impoverished Arab country.

He stressed in a post published on his Twitter page that the deal clearly shows Washington’s lack of seriousness and credibility to stop the ongoing devastating onslaught against Yemen, and will adversely prolong starvation and suffering of the Yemeni nation.

In a statement on Thursday, the Pentagon said the US State Department had approved the sale of air-to-air missiles to Riyadh.

It added that Massachusetts-based firm Raytheon would be the “principal contractor” for the sale of AIM-120C-7/C-8 Advanced Medium Range Air-to-Air Missiles (AMRAAM) and related equipment.

Bahrain asks the Lebanese ambassador to leave the country within 48 hours amid criticism about Saudi Arabia and its allies regarding the bloody Yemeni war.

The sale comes months after Biden said he would end US support for Saudi Arabia’s “offensive operations” in Yemen, including “relevant arms sales.”

Saudi Arabia, backed by the US and regional allies, launched the war on Yemen in March 2015, with the goal of bringing the Hadi government back to power and crushing Ansarullah. The war has left hundreds of thousands of Yemenis dead, and displaced millions more. It has also destroyed Yemen’s infrastructure and spread famine and infectious diseases.

Yemeni armed forces and the Popular Committees have grown steadily in strength against the Saudi-led invaders, and left Riyadh and its allies bogged down in the country.