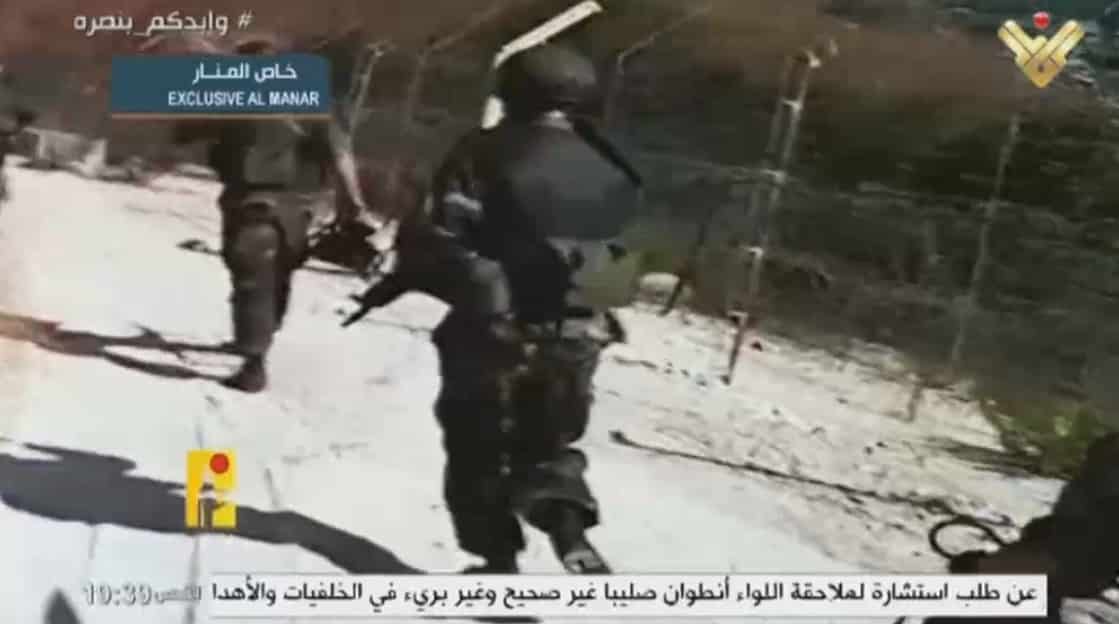 The new footage showed how Hezbollah fighters moved to detonate the Zionist vehicle and evacuate the bodies of the two Israeli soldiers killed and captured in the operation, Ehud Goldwasser and Eldad Regev, before they withdrew from the scene peacefully.

It was 9:05 a.m. on Wednesday, July 12, 2006 when the Lebanese Resistance movement carried out a cross-border raid in which Hezbollah fighters killed eight Israeli soldiers and captured other two near Ayta Al-Shaab border town.

The border attack was orchestrated and overseen by senior Hezbollah commander Hajj Imad Mughniyeh. It was dubbed Operation Truthful Promise, referring to a promise made by Hezbollah Secretary General Sayyed Hasan Nasrallah to free all Lebanese prisoners at Israeli jails.