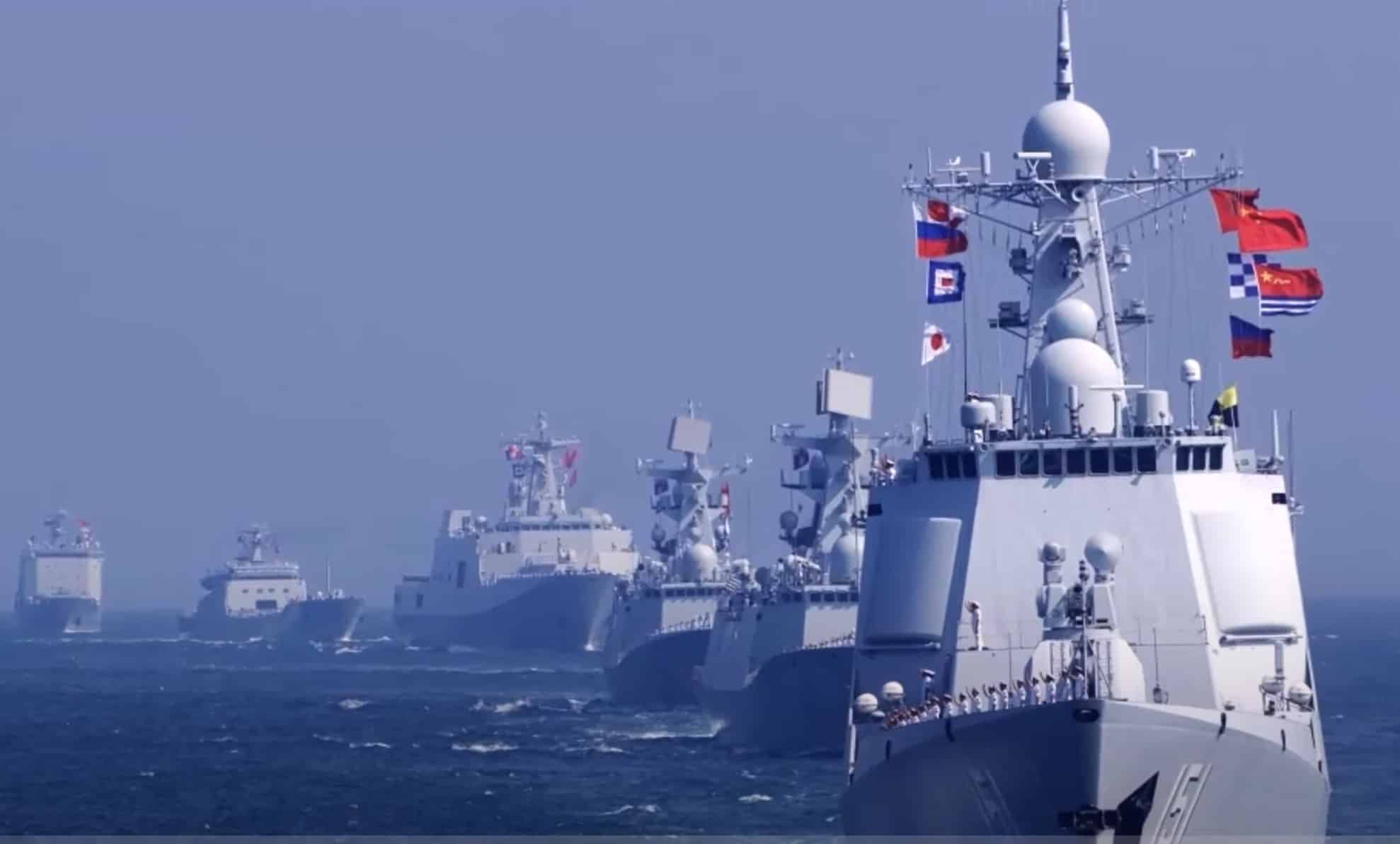 RT: As the first frigate for Islamabad’s navy was launched this week, Beijing sent a statement of intent that it has various ways and means to stop the US and its allies encircling it.

People of Pakistan struggling & starving for their day-to-day well being. On what grounds China is offering a war ship to Pakistan.India must watch their developments in border.

Over the past several years, India and China have increasingly become geopolitical competitors.

While the Galwan Valley border clash last year was epitomized as the biggest trigger, the mutual distrust runs much deeper and wider, not least as the United States has used India as a strategic counterweight to China’s growing power, as part of its ‘Indo-Pacific’ strategy.

In response, Beijing has solidified its economic, strategic and military partnership with Pakistan, India’s primary adversary.

While China and India continue to trade at a high level, surpassing $100 billion recently, this strategic game is firmly locked in place, and the newest development affirms this.

It has tilted from China feigning neutrality on India-Pakistan disputes, to it being much more explicit in backing Islamabad against New Delhi. Yesterday, China’s state run tabloid the Global Times announced that Beijing had “delivered to Pakistan the largest and most advanced warship China has ever exported,” selling them a Type 054A/P frigate built by the China State Shipbuilding Corporation Limited (CSSC).

The PNS Tughril is the first of four frigates being constructed for the Pakistan Navy. The ship is a highly capable platform with large surface-to-surface, surface-to-air and underwater firepower, as well as possessing stealth and surveillance capabilities.

Production of state of the art Ship for Pakistan Navy in China is a testimony to our “all-weather strategic cooperative partnership”. Pakistan-China cooperation is an anchor for peace and stability in the region. 中巴友谊万岁！ https://t.co/K4JbzdzPKH

While Pakistan has long been integrated with China’s military-industrial complex, this naval deal marks a new milestone, not only in the message it sends to India, but also in being yet another step Beijing is taking to offset Western efforts of maritime military containment around it. These efforts were accelerated with the launch of the AUKUS nuclear submarine deal earlier this year. In doing so, Pakistan’s contribution to this contest now cannot be ignored. 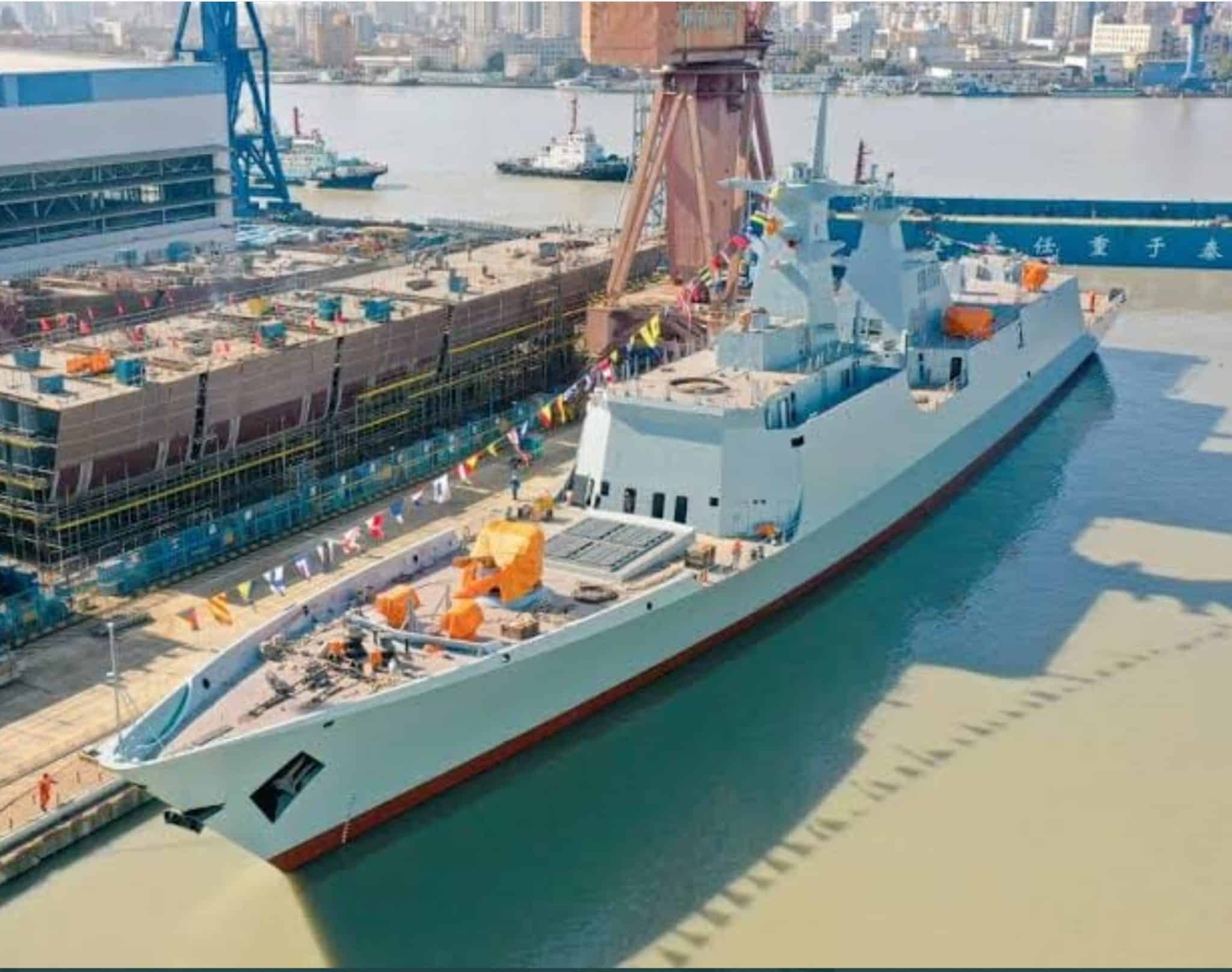 On paper, the People’s Republic of China has only one true ‘treaty ally’ – a country it guarantees to defend militarily – and that is North Korea, even though its relationship with Pyongyang has not functioned as a complete alliance since the end of the Cold War.

Beyond this, Beijing has maintained a longstanding foreign policy tradition of ‘non-alignment’, which crystalized during the Sino-Soviet split in the 1950s and 1960s and saw Mao Zedong pivot to support the developing world. In the decades since, China has maintained this position, at least at face value, in an effort to not antagonize the United States (which worked for a long period) and to not divide the world into dangerous Cold War blocs.

However, the world is changing. Some commentators, such as Chinese-American political scientistMinxin Pei, have argued that the inauguration of initiatives like AUKUS meant China would “lose” an arms race.

Yin Zhuo, a ret admiral “This type of frigate is mainly responsible for anti-submarine or command tasks. It can attack surface ships and submarines alone or in coordination with other naval forces, and has strong long-range alert and combat capabilities” https://t.co/CezuWP9q0D

The US has indeed attempted to rally allies against Beijing anyway, with the specific focus being in the maritime sphere, with the ‘Quad’ grouping of India, Australia, Japan and the UK. All of this has involved ramping up naval exercises in the South China Sea and around China’s periphery. With China not having as many formal allies, and Beijing’s foreign policy anxiety of ‘encirclement’, the key strategic question for their policymakers has been, “How do we respond to this strategic reality in the maritime domain?”

It is China’s emerging response to this question that shows that commentators such as Pei are being short-sighted. Beijing has moved to utilize a growing number of differing strategic partnerships, inviting other countries into the game to focus on countering specific adversaries where there is a common interest.

For example, this included its first ever joint maritime patrol with Russia last month around Japan. Few contemplated that China would also play the ‘Pakistan card’, giving New Delhi and Washington pause for thought in the western Indian Ocean. The relationship between Beijing and Pakistan, which is often known as ‘China’s Iron brother’ is a formal alliance in all but name, tailored for power projection, yet informalized for strategic flexibility.

Away from the military sphere, the China-Pakistan Economic Corridor will become a primary strategic and commercial route to bypass the Indian subcontinent, access the Red Sea and make China’s supply routes less vulnerable to maritime attack in the East, and to avoid being “cut off” during any conflict.

Pakistan is a very important military counterweight to India. While the country is regarded in the West for being poor and often unstable, it is wrong to call it weak. Sometimes, the size comparison with an even larger India can make it seem weaker than it is. Pakistan is a nuclear power with the world’s sixth largest army and a population of over 220 million. If China can succeed in developing it, it has more economic potential than many countries in the West. And its long running conflicts with India make it almost indispensable to Beijing.

Beijing is drawing in specific quasi-allies, for specific purposes in pushing back against the US-led coalition. Traditionally, Pakistan is a land power, due to the strategic realities of its wars with India in the disputed Jammu & Kashmir territories of the northeast. For a country of its size, Pakistan’s navy is tiny. It has just two destroyers, five frigates, and two corvettes. Bar some submarines, the rest are just patrol boats.

The UK’s Royal Navy has two aircraft carriers, six destroyers and 12 frigates, while India has more than 150 ships. So what is China’s plan? It’s to help build up Islamabad’s navy as a regionally targeted strategic counterweight that ensures that India, the US, and its allies do not gain hegemony over the western Indian ocean. Beijing can then focus its own resources on the South and East China Seas and Taiwan straits, while drafting in other players.

The trend is quite clear. If the US is going to encircle China with foreign navies, then China will seek to counter that by not just building up its own navy, but also enticing other countries to do so too in their areas of interest.

It’s easy to dismiss this week’s news as no big deal, ‘China sold a ship to Pakistan, so what’, but it’s certainly not true. It marks a strategic shift by Beijing to sell bigger and stronger state-of-the-art ships to de facto allies; it was not willing to do so in the past but circumstances have changed. The more China arms and builds up Pakistan, the more difficult it becomes for New Delhi to focus on joining containment efforts against Beijing, and the weaker its geopolitical hand becomes, as it is bogged down in its own neighbourhood.

For now, it is uncertain as to whether China can upgrade alliances with any other countries, bar its partnership with Russia. Attempting to do so with Iran would rock the boat regionally in the Middle East; they are likewise prohibited from doing so with North Korea because of UN sanctions. But using its informal method of technically non-aligned, strategic partnerships, Beijing has found an answer to the US-led militarization against it, while it continues to ramp up its own capabilities.