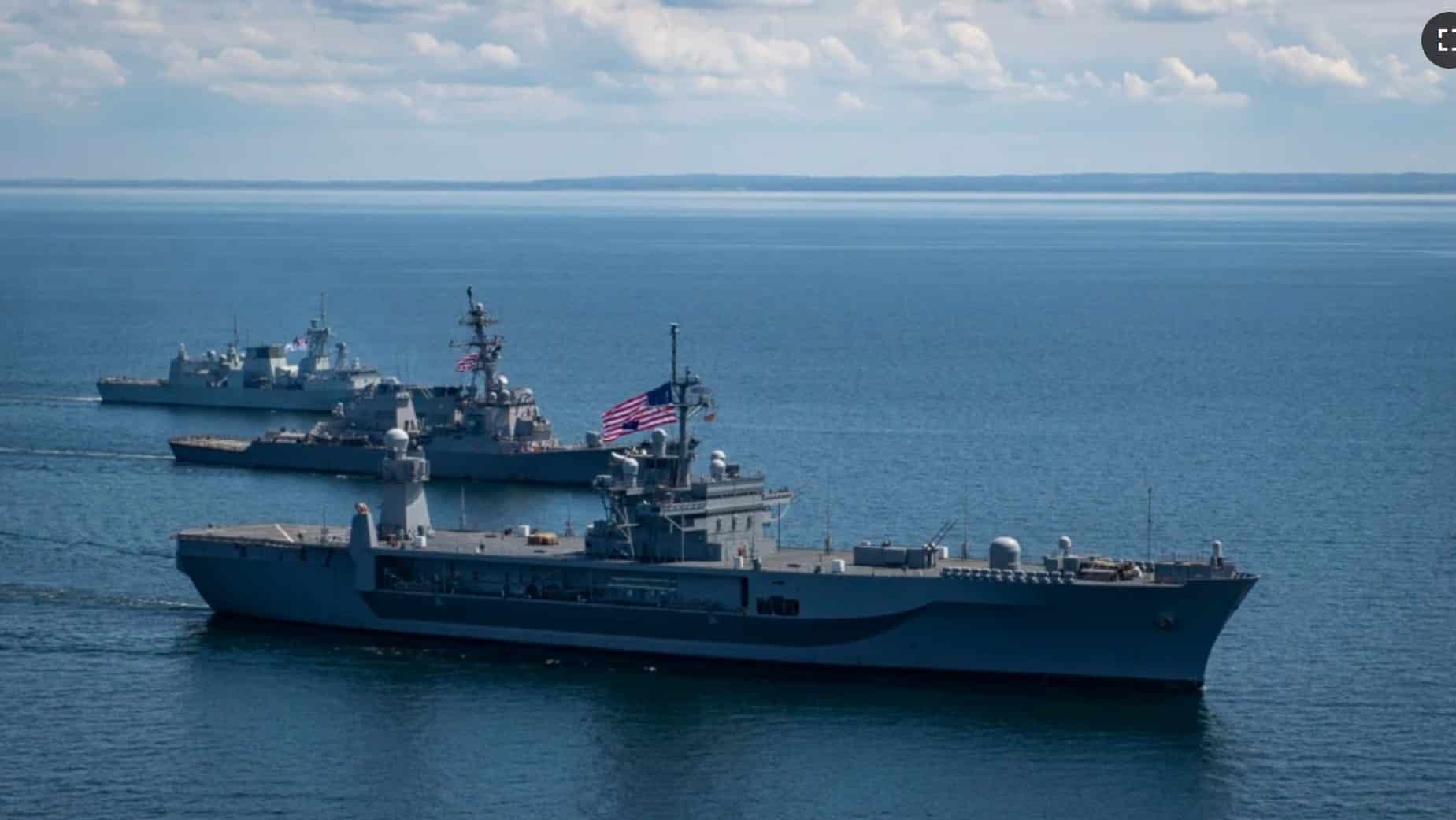 SF: The US-Ukraine Charter on Strategic Partnership was updated, aimed at guaranteeing that Kiev’s efforts against Russia will be encouraged to continue.

As per the document, the US plans to boost cooperation with Ukraine ‘in areas such as Black Sea security, cyber defense, and intelligence sharing, and countering Russia’s aggression.’

In the Black Sea this is immediately evident, as NATO reconnaissance activity immediately spiked on November 9th and onwards.

On November 10th and the previous 24 hours, the radars of the Russian Aerospace Force’s (VKS) air defense troops tracked a US Air Force E-8C airborne ground surveillance, command and control aircraft over the Black Sea.

This all comes alongside the USS Mount Whitney amphibious command ship, the flagship of the U.S. 6th Fleet being in the Black Sea, as well as the USS Porter guided missile destroyer.

These actions are all likely a swift result of a letter by 15 congressmen, all members of the House Armed Services and Intelligence Committees, which urged US President Joe Biden to increase pressure on Russia in response to alleged concentration of forces near the Ukrainian border.

Meanwhile, the Ukrainian Armed Forces (UAF) are seizing the opportunity to steadily increase aggression against the self-proclaimed republics in Eastern Ukraine.

Repeatedly on November 9th, 10th and 11th, the UAF shelled the outskirts of Donetsk city, and the Trudovskaya mine which is located there. Donetsk airport was subject to shelling.

Several villages, including Alexandrovka, Novaya Marievka, Zaitseve and Spartak were subject to shelling from 120-mm, 152-mm and other artillery.

According to information from the region, the presence of 31 Gvozdika and 24 D-30 self-propelled howitzers of the UAF was recorded at the Druzhkovka railway station. These weapons are not supposed to be anywhere near the contact line, and shouldn’t be used to shell civilian settlements.

The situation is reaching the boiling point, as Kiev is becoming more assertive in its actions and the government believes that the United States and NATO’s support means that the Western Bloc will follow it in whatever sort aggressive policy it pursues towards Russia.

Russian Defense Minister Claims U.S. Presence In The Black Sea Is A Provocation

Russian Defense Minister Sergei Shoigu has called the presence of the U.S. Navy in the Black Sea a provocation after another ship entered the strategic waters.

“This is an almost constant attempt to test us, to check how ready we are, how much we have built the entire [defense] system off the Black Sea coast,” Shoigu told state TV on November 7.

Shoigu said other countries are doing it as well but did not name any nation in particular. Russia claimed in June that it fired warning shots at a British naval vessel that passed through Crimean waters.

The Black Sea has become a hot spot in relations between the Kremlin and the West after Russia annexed Crimea, a move that gives it access to the peninsula’s Black Sea coast.

Most countries do not recognize Russia’s annexation and continue to seek permission from Ukraine to traverse the waters near Crimea.

Members of the U.S.-led military alliance, NATO, border the Black Sea, including Romania, Bulgaria, and Turkey. U.S.-friendly nations including Ukraine and Georgia also border the sea.

The United States holds naval training exercises with allies and partners in the Black Sea and also regularly patrols the waters.

Shoigu said Russia was keeping an eye on the USS Mount Whitney of the U.S. Sixth Fleet, which entered the Black Sea on November 4.

The U.S. Navy said the USS Mount Whitney’s operations in the Black Sea demonstrate U.S. and NATO’s commitment to the region.

RFE/RL’s Russian Service is a multi-platform alternative to Russian state-controlled media, providing audiences in the Russian Federation with informed and accurate news, analysis, and opinion.