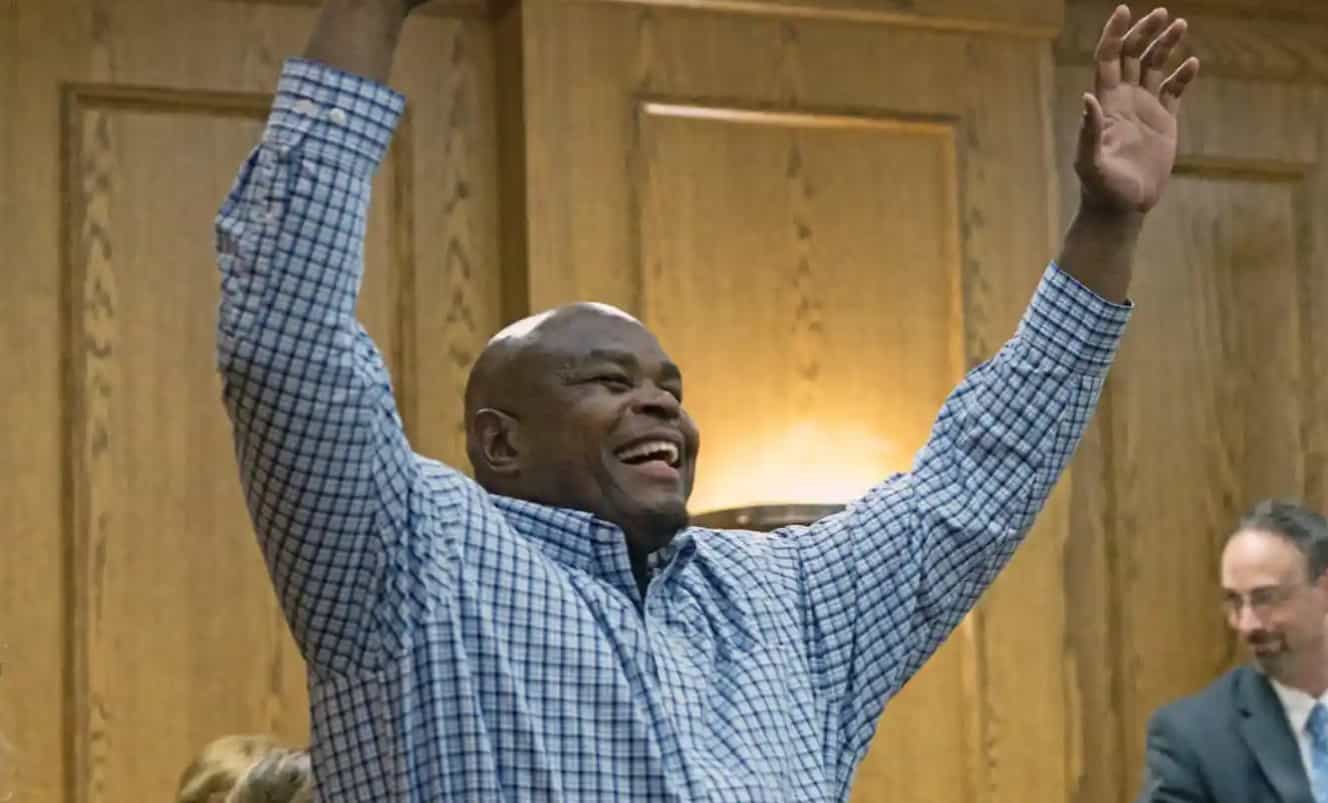 Guardian: A North Carolina man who spent 24 years behind bars for a murder he has long said he did not commit has been pardoned by the state’s governor.

Gov. Roy Cooper of North Carolina on Friday granted a pardon to Montoyae Dontae Sharpe, who spent more than 24 years in prison for murder before a judge vacated his conviction in 2019, finding that a key witness had “entirely made up” her testimony. https://t.co/dDA4UbGwDz

Dontae Sharpe has been out of prison since 2019 and the pardon allows him to apply for compensation of up to $750,000 for his wrongful conviction.

JUST IN: @NC_Governor has granted a pardon of innocence for Dontae Sharpe who was wrongfully convicted and served 26 years in prison @WNCN #ncpol pic.twitter.com/AMHO0ehVeW

“Mr Sharpe and others who have been wrongly convicted deserve to have that injustice fully and publicly acknowledged,” the governor, Roy Cooper, said.

In 1995, Sharpe was given a life sentence at age 19 for the first-degree murder of 33-year-old George Radcliffe, whom he was accused of killing a year earlier during a drug deal. Sharpe had maintained his innocence throughout and said in a 2019 interview that his faith and knowledge he was innocent guided his refusal to accept offers of a lighter sentence in exchange for a guilty plea.

“I’m still in a haze, kind of,” Sharpe said. “When you’re dealing with us human beings, it can go any way, yes and no. I didn’t know what to expect. I was believing for a pardon.”

Dontae Sharpe, who was wrongfully imprisoned for 26 years in US, has been pardoned

A BBC documentary highlighted the miscarriage of justice https://t.co/xm9EOqFeP2

The government’s case against Sharpe relied in part on testimony from a 15-year-old girl at the time who claimed she saw Sharpe kill Radcliffe, but later recanted and said she wasn’t present at the time of the shooting. She later said her claims were made up, based on what investigators told her.