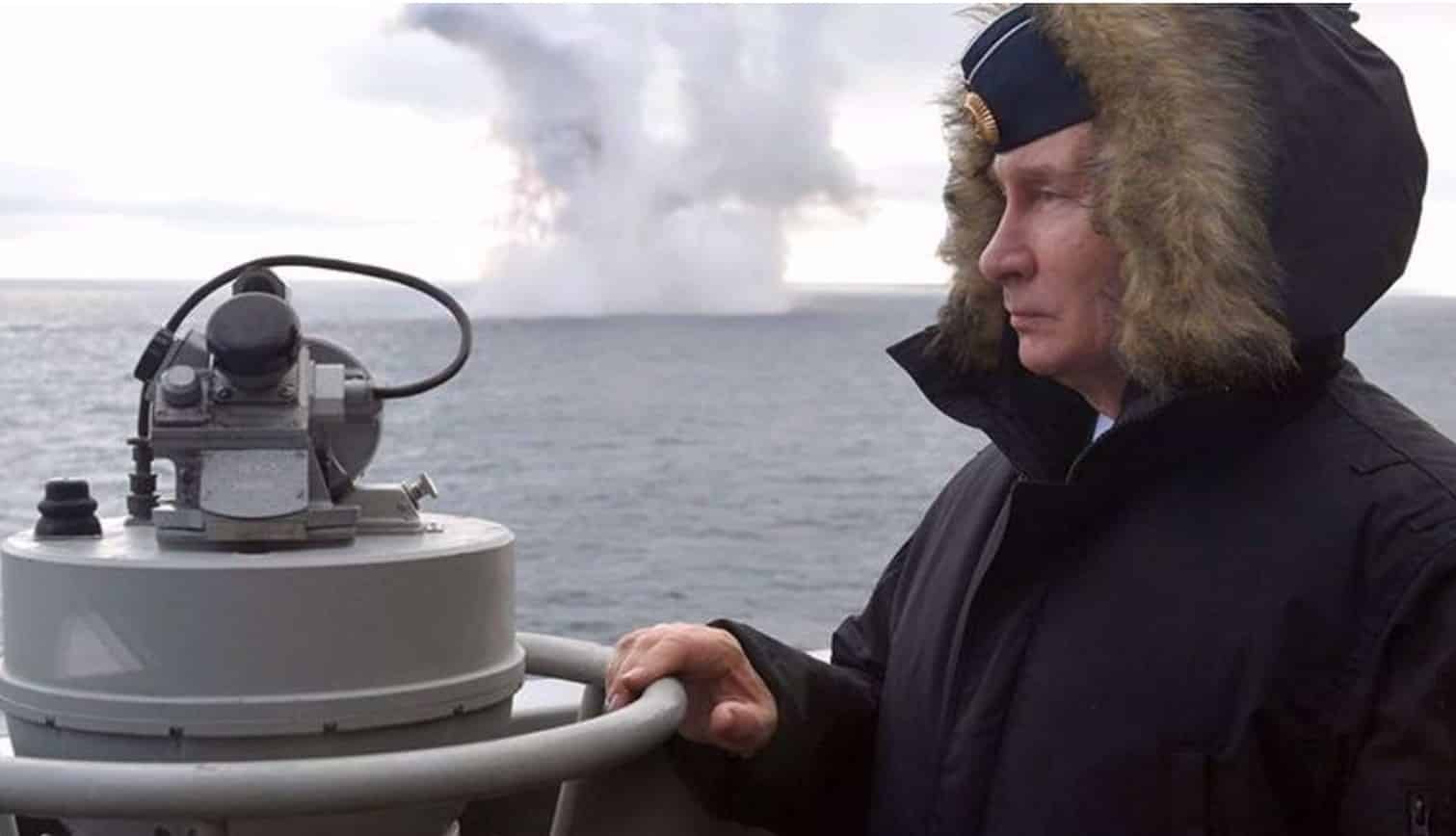 Press TV: Russia President Vladimir Putin says the US and other NATO allies are carrying out provocative action by sailing warships in the Black Sea close to its territory.

“The United States and its allies in NATO are carrying out unplanned exercises in the Black Sea. Not only is a rather powerful naval group involved in these exercises, but also aviation, including strategic aviation. This is a serious challenge for us,” Putin said in an interview aired Saturday.

Russia’s ministry of defense said it detected six flights by NATO spy planes in airspace over the Black Sea, part of what it described as intensifying reconnaissance by the Western military.

The Russian military also said it was tracking US naval ships in the Black Sea and accused Washington of studying the region as a potential theatre of war.

Lavrov said they had discussed an increased presence of NATO naval forces in the Black Sea and the military alliance’s aggressive stance towards his country recently.

Russia accuses US military of ‘aggressive moves’ in Black Sea

The Russian Defense Ministry said the recent US military actions in the Black Sea were “aggressive,” and “posed a threat to regional and strategic stability.”

France’s foreign and defense ministers issued an unusually blunt statement after the meeting, saying they “clearly warned of the serious consequences of any further possible damage to the territorial integrity of Ukraine”.

The statement came after inflammatory suggestions by the US and the Europeans that Moscow might be weighing an attack on Ukraine.

US top diplomat Antony Blinken on Wednesday warned Russia against making what he called another “serious mistake” on Ukraine.

Ukraine’s Foreign Minister Dmytro Kuleba said after visiting Washington that his country had asked the US for urgent security support, including intelligence sharing, or air defense systems, “or anything”.

Ukraine has fought a war with pro-Moscow separatists in its eastern regions since 2014 when the Crimea peninsula voted in a referendum to rejoin Russia from Kiev.

The US held a meeting with 30 ambassadors at the level of the NATO transatlantic alliance in Brussels on Wednesday to address concerns over Russia’s military deployments and perceived threats to Ukraine.

Dmitry Peskov, the Kremlin spokesman, dismissed new alarmist warnings by the West, saying that Russia was “not a threat to anyone”.

“We have repeatedly said that the movement of our armed forces on our territory should not be of concern to anyone,” he added.

He said it was up to Moscow where it deployed within its borders. “Such headlines do nothing more than pointlessly and groundlessly fuel tensions.”

The US has delivered more than $2.5 billion in military aid to Ukraine since the Crimea conflict in 2014, including Javelin anti-tank missiles. The Senate’s version of the 2022 defense budget increases the Ukraine Security Assistance Initiative from $250 million to $300 million per year, including $75 million specifically for lethal assistance.

Rep. Don Bacon, member of the House Armed Services Committee, said that the US should “help Ukraine have the weapons and training they need to deter Russia. Our stance should have zero ambiguity.”