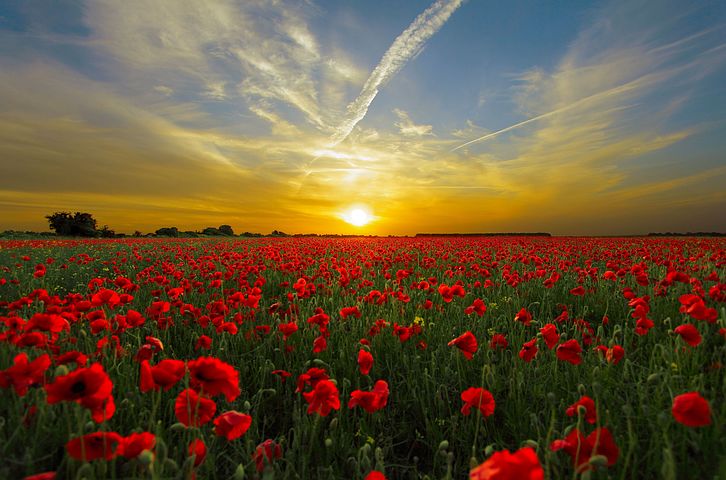 November 14th is Remembrance Sunday in the UK, the day when we remember the Fallen. It really ought to be on Armistice Day, November 11th, but the date was changed in 1946 by the German agent Clement Attlee, then Labour Prime Minister. Even though its significance has been downplayed officially, Remembrance Sunday is widely observed. In my own village, on the edge of Salisbury Plain, there will be a church service and a military parade.

It is right that we should honor the Glorious War Dead and all those who have served. We need to do more than wear poppies and go to services and parades however. On Armistice Day the funeral was held in Plymouth of former Life Guard Dennis Hutchings. Very properly, after a glorious victory over the Ministry of Defence, which in turn takes orders from the Cabinet Office, his casket was carried by serving members of his fine regiment.

It is not enough to honor the service of Dennis Hutchings. He was driven to his death by an outrageously unfair prosecution conducted by Northern Ireland’s notorious Public Prosecution Service. In a just world its director, Stephen Herron, and all those involved in Dennis’s persecution would be dragged in mortal terror before a firing squad composed entirely of Life Guardsmen and shot, nicely of course.

However life is neither just nor simple, I am afraid. For one thing you cannot just go about shooting Directors of Public Prosecutions, however much they might deserve to die. “What did you do this morning Corporal?” “I organised a firing squad and shot the DPP, Sir, for the honor of the Regiment.” “Commendable initiative Corporal, carry on.”

Processes have to be followed. The only way to lawfully execute Stephen Herron would be for Parliament to try him, but there’s a queue of even more worthy candidates for an appointment with the State Executioner ahead of him, no offense intended. In practice Herron would be invited to turn Queen’s Evidence against the person to whom he was reporting in the Cabinet Office, who would then be put to death, nicely of course, at the Tower.

One thing is clear – no one involved in the shameful prosecution of Dennis Hutchings should be permitted to carry on in public life, let alone the law. Just as they hounded Dennis so too must they be pursued, relentlessly, with a just and righteous indignation. They are Enemies of the State, no offense intended.

The British State will continue to be humiliated and outplayed until it exercises its undoubted privilege of putting its enemies to death. King Henry VIII, Who was a good King, understood that. We could profit from His splendid example. You cannot hound a good man and loyal former soldier to his death and not expect to pay a blood sacrifice.

Of course Boris Johnson, who promised to halt these vindictive prosecutions, will stand by and do nothing. Not since Neville Chamberlain have we had such a weak and vacillating Prime Minister, no offense intended. As a sensible Labour MP (yes, there used to be such a thing) called out in the famous debate in 1940, when the House of Commons last exerted its authority, “In the name of God, go!” Boris is a source of national humiliation.

With a man like Dennis Hutchings beside you in combat you knew that your back was covered. The British Army’s reputation is built upon men such as he. A Soldier of the Queen, loyal, courageous and self-sacrificing. Just as he was loyal to his Queen during his life so must we torment his persecutors in death.

Not for one moment longer must we continue to protect the reputations of those who betrayed our Glorious Armed Forces to the enemy. Traitors like Maurice Hankey and Edward Bridges must be exposed and humiliated.

Their bodies should be disinterred from consecrated ground and burnt in crematoria, without ceremony. Ceremonies are for those like Dennis Hutchings, who have lived good lives.

The same goes for you guys. Colin Powell, for example, should not be honored. He does not deserve it, no offense intended. One always hesitates to say bad things about a man who has just died, however evil, but I was rightly reminded by a reader that Colin Powell involved himself in planning mass murder at the US Capitol.

Hoping to replace George W. Bush as President he went along with a plan to murder him, as well as the Speaker and Ted Stevens, then President pro tempore of the Senate.

I am pleased to say that I tipped off the Secret Service and one or two other people.

The plan was foiled, deeply upsetting George Bush Senior, whose plan it was. (Yes that’s right, the father wanted the son murdered.)

Similarly the reputations of traitors like General George C. Marshall, author of the notorious Marshall Plan, and Admiral Ernest King, architect of Pearl Harbor, deserve to be trashed.

They sent many good men to their deaths. Traitors need to realise that the truth usually gets out in the end.

Another way we can honor the Glorious Dead is to ensure proper funding for our Armed Forces. Boris Johnson’s policy of having tiny, under-equipped armed forces, is as disrespectful as it’s insane. The American defense budget is rather higher, but still way too low, a measly $705 billion this year. The US Navy in particular urgently needs additional resources. The carrier fleet is aging, the fleet lacks sufficient aircraft and the aircraft it does have possess insufficient range. Whole suburbs in Peking would have to be left standing in the event of a war over Taiwan.

Wasting money on absurdities like fighting ‘global warming’, when the planet is actually cooling, at a time when our Armed Forces are grossly underfunded, is offensive. More intelligently led, with respect, the People’s Republic of China and the Russian Federation are not making the same mistake.

Whilst Boris swans around Glasgow dodging rats and spouting his green credentials China is invading Taiwanese airspace and threatening to invade. As predicted in this column nearly a year ago Russia, quite sensibly, is massing troops on her frontier with Ukraine. If Russia does invade we may be drawn in, on the Russian side of course, since they’re the Good Guys and the Ukrainians are the Bad Guys.

The Royal Navy needs more carriers, aircraft, SSNs and destroyers. The RAF needs more bombers, preferably with the range to bomb Berlin and Brussels on internal fuel, and fighters. As it is they can barely shoot the Luftwaffe out of the sky. The Army needs more troops. At the moment it’s smaller than the Boy Scouts.

Speaking of COP26, sadly none of the pontificating politicians attending has been bitten by a rat, let alone come down with a touch of bubonic plague. Just think how humanity would have benefitted from a small plague outbreak in Glasgow! There’s been no outbreak of common sense either, I’m afraid. Hopes now rest on some of the 400 bizjets colliding on take-off. 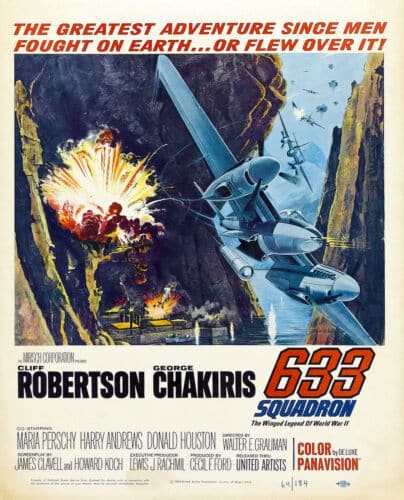 633 Squadron remains one of the finest movies ever made about the air war in World War II. It has a cracking plot, a great soundtrack, a strong cast and lots of dead Germans – what’s not to like?

Given another airing recently on the BBC, sensibly, with another European war looming, it’s well worth seeing again. If you haven’t seen it at all, you should. It’s a marvellous boost for morale.

Based on the novel by former RAF pilot Frederick Smith, the movie is famous for using real Mossies. The live aerial sequences are quite superb and in some respects have never been bettered. The producers managed to assemble no fewer than 10 actual Mosquitos, five of them airworthy.

Of course the airworthy Mossies were mostly post-war types like the BB35 (below), which had two-stage supercharged Merlin engines. However, watching the movie you’d be hard pressed to identify them as Mk 35s. (I noticed, because they didn’t swap the exhausts over, but then I’m a bit of an aviation specialist.)

That fine actor Cliff Robertson leads the cast, but I’ve always liked Harry Andrews, as the Air Vice-Marshal. George Chakiris is excellent as Lieutenant Bergman. Nobody is mis-cast.

Ron Goodwin’s stirring theme tune has been a favorite of RAF bands for over 50 years and rightly so. It is one of the finest marches ever written, never mind for a movie. Goodwin was a fine composer and shouldn’t be patronised just because he wrote movie music.

The music and the movie go together. A stirring story needs a stirring musical accompaniment. Of course it’s fiction, but it’s based on fact. The movie is a fine tribute to the De Havilland Mosquito and the brave men who flew it, some of them, like the late Air Marshal Sir Ivor Broom, friends of mine. It makes you want to go out and strafe a few Jerries, it’s that good.

For the aviation intelligence specialist there’s a story behind the belated development of the Mk 35, the two-stage Mosquito. De Havillands and the RAF wanted the two-stage Mossie in service much sooner, indeed De Havillands had a plan for a super-Mossie, re-engined with the mighty 24-cylinder Napier Sabre, a stonking 2,240 cubic inch aero-engine. The Sabre Mosquito in the hands of the RAF would have killed a lot of Germans.

Regrettably, traitors in Whitehall, led by Sir Edward Bridges, were able to hold back the development of this fine aircraft. The Mosquito frightened the life out of the Luftwaffe – a bomber its fighters couldn’t catch.