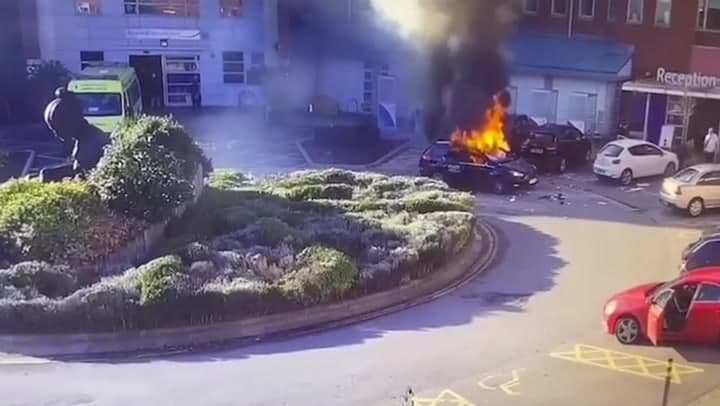 [ Editor’s Note: The text of the story is outdated, which you can tell from the video. When bad traffic kept the bomber and the taxi he had hired away from the Memorial Day Cathedral ceremony, he asked to go to a hospital instead.

The bomber set himself off as they drove up to the hospital, where fortunately no one was standing right outside the entrance.

But the bomber seems to have been a rookie with too small a bomb, as it just blew the roof out, making it look like he and the driver were toast. And then the big surprise is the driver pops out the right hand door and takes off, but had locked the bomber in the back after spotting his gun. Someone will buy his dinner tonight and a pint or two.

As for the bystander in the yellow rain coat in the lower right hand corner, get a load of how he does not even flinch as the bomb goes off. I have seen more reaction from people with a car backfiring.

Fortunately this looks like a crew of jihadi school dropouts who did this one, with the crew rounded up and no one reported dead, but the bomber who ended up as charcoal. Britain remains on high alert, which was definitely not the case here, with no security guard at the hospital entrance.

The Brits seem stuck in the no armed police or security people mode, when a lot of mass casualty events have been stopped by one person with a gun in the right position who could react well under stress… Jim W. Dean ] 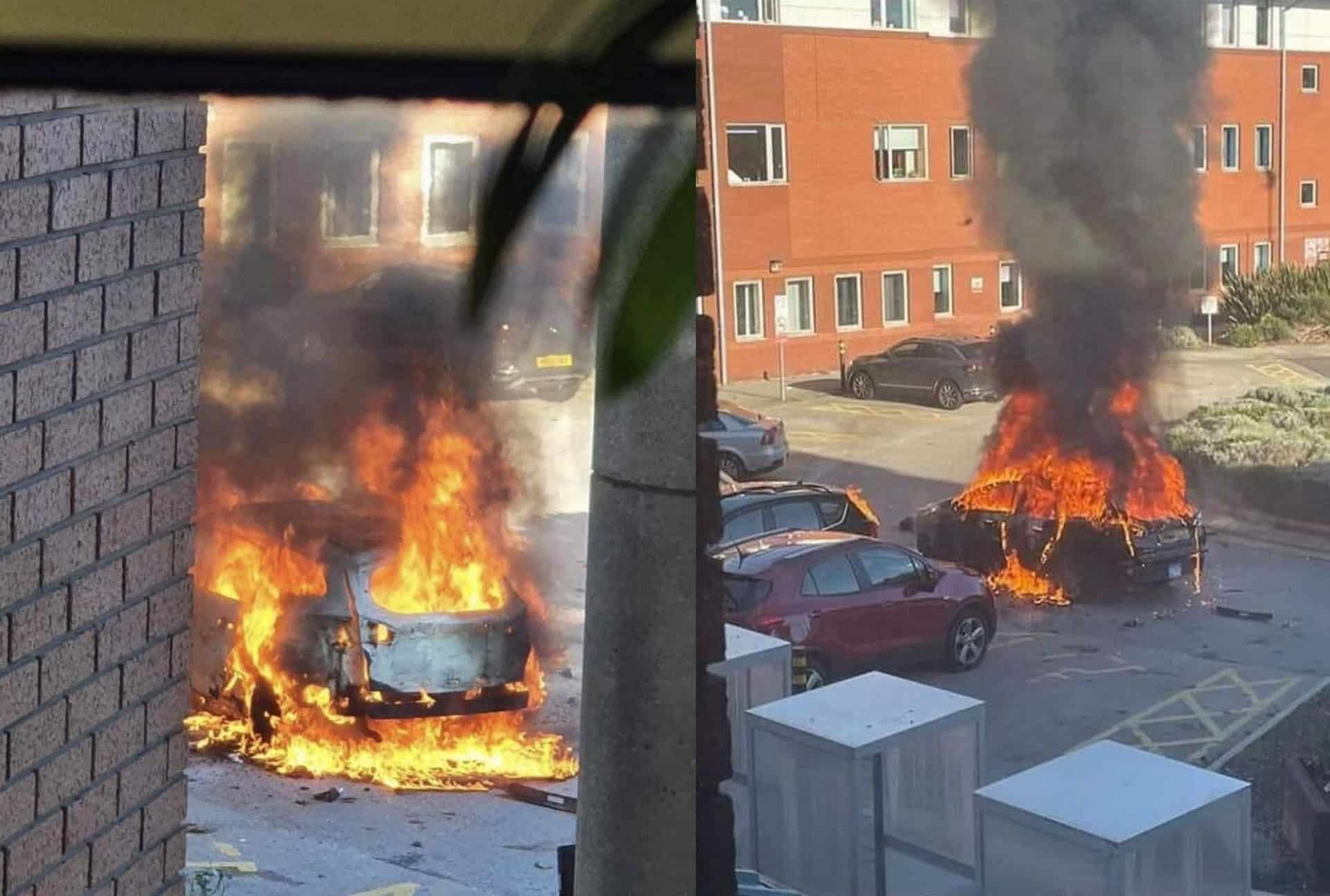 An attempted terrorist attack was prevented in the northwestern English city of Liverpool. Following the incident, terror threat level in Britain was raised to severe, as another attack is seen as “highly likely”.

On november 15th, the Minister of the Interior of the United Kingdom, Priti Patel, announced that the assessment of the terrorist threat in the UK has been raised to a serious level, after a car explosion took place near a hospital in Liverpool. The blast was classified as a terrorist attack. However, a failed one.

On November 14th, a taxi driver David Perry became a hero by preventing a terrorist attack. According to his claims, that morning a client asked to take him to the cathedral. It was a crowdy place, where more than two thousand people gathered for a service dedicated to the Memorial Day dedicated to fallen British servicemen.

Due to a traffic jam, the passenger changed his destination and asked to take him to a hospital.

When entering the hospital territory, the driver drew attention to the suspicious behavior of his passenger and noticed his gun at the last moment. He made a decision to leave the cabin, and managed to lock his passenger in the cabin.

Other reports claim that he jumped out of his car. A moment later, an explosion occurred, a few minutes before a minute of silence on the occasion of Memorial Day. The bomber died on the spot, David Perry was slightly injured.

According to the latest police data,  four men aged 20 to 29 years old, who are alleged accomplices of the terrorist, were detained as part of the investigation. The police informally confirmed that they had identified the suicide bomber, but refused to give his name.