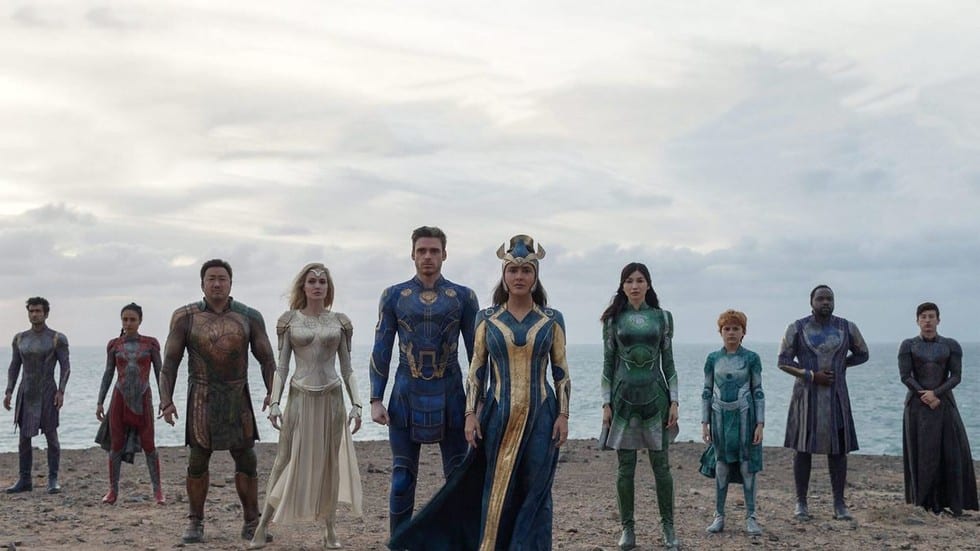 In his review of the recent movie Eternals, Laura Bradley of the Daily Beast concludes:

“If Eternals feels especially empty, perhaps it’s because it reveals the extent to which this cinematic universe’s “big themes” are mere window dressing. The ideas these films claim to explore feel increasingly like packaging for the actual product—a never-ending plot machine designed, above all, to sell movie tickets and Disney+ subscriptions for as long as people will keep paying.”[1]

I agree with that assertion. Eternals also shows that much of the movie industry does not really believe in what is commonly accepted in America as democracy, largely because the producers and directors seek to please the desire of a small minority of people, namely, the LGBT community. It is interesting that the only countries that have voiced their opinions on this issue are Saudi Arabia, Kuwait, and Qatar. They all have banned Eternals.[2]

Eternals has received “disappointment” at the box office, and it certainly “didn’t dazzle” audience at all.[3] In the 13-year history of the MCU, no super-hero film has ever been pinned down like Eternals. In fact, it has been labeled as “Worst. Marvel. Movie. Ever.” Clayton Davis of Variety thinks that the critics are judging the film based on the fact that the director is a woman! 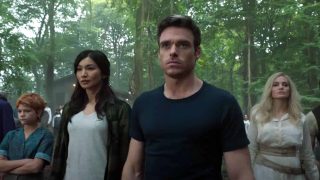 “Anytime a woman takes on the action genre, which has been made typically for men to helm, people come down harder on that filmmaker.”

That’s stupid. Davis could not even justify the claim. It was just his feeling. He also could not say anything about Wonder Woman, which also was directed by a woman but which received positive reviews. Angeline Jolie, who plays Thena in the movie, responded to the countries that have banned the movie by saying:

“I still don’t understand how we live in a world today where there’s still [people who] would not see the family Phastos has and the beauty of that relationship and that love. How anybody is angry about it, threatened by it, doesn’t approve or appreciate it is ignorant.”[4]

Ignorant about what? That sexuality is sacred? That for thousands of years sex has widely been viewed as a relationship between a man and a woman? That there are serious biological problems with a homosexual lifestyle? That one ought not to project this lifestyle upon the public?

You see, once people start redefining what is human nature, then they soon will give credence to what is commonly known as unnatural behavior, as in the case of Allyn Walker. Walker, “a female-to-male transgender who identifies as non-binary” and a professor at Old Dominion University, has recently come out “in support of ‘destigmatizing’ pedophilia – or, as she calls it ‘minor attraction.’”