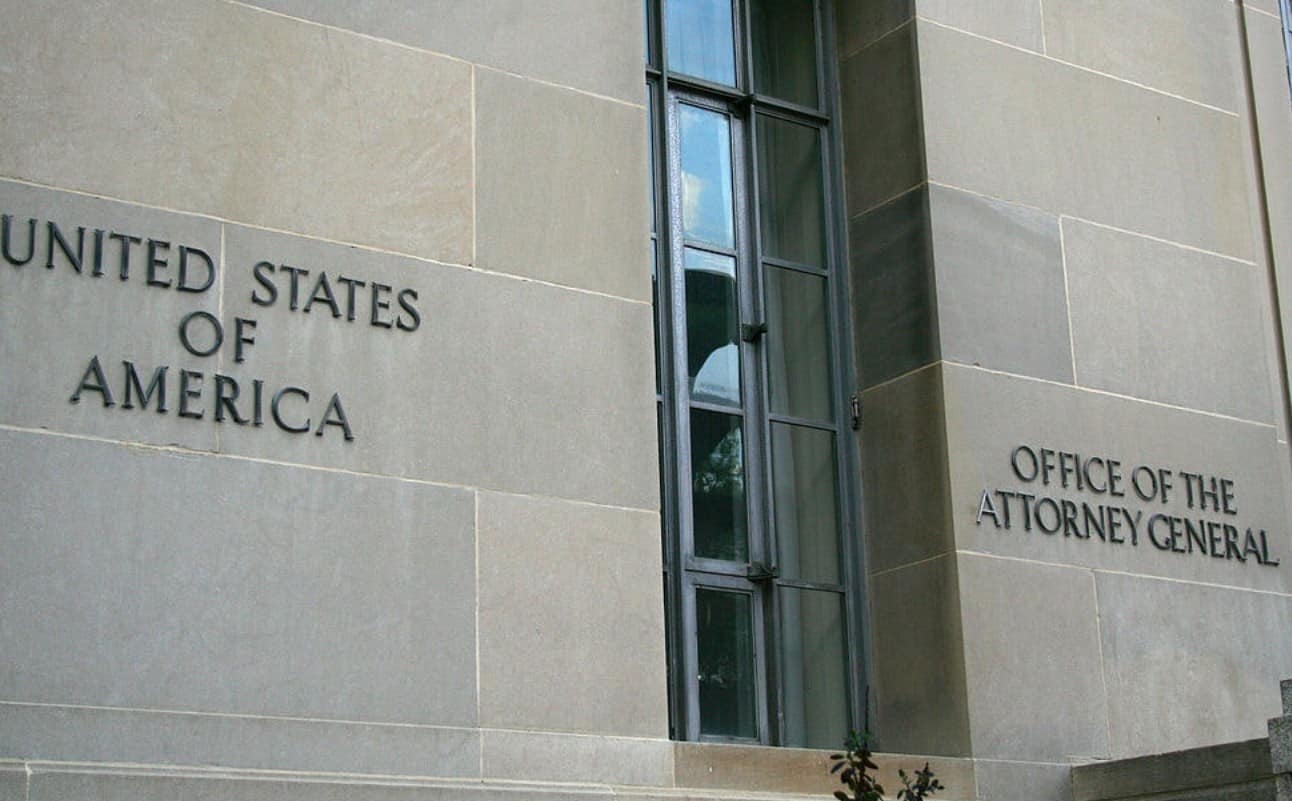 “The thing is that the author of this document has to really have a good inventive brain. If at least one fact was proved, at least once during last 20 years, I would have been called to the police station.”
—Semion Mogilevich, head of the Russian mob

Everything Trump touches dies—except false narratives about him. When it comes to telling his own story, the guy can’t lose. He’s golden. He’s controlled the narrative since the fateful moment in 2015 when he came down the escalator to announce his candidacy. Despite being complete horseshit, his version of events trumps (ahem) all others, drowning out the truth.

The real Donald Trump is a creature of the underworld, second-generation mobbed up, a money launderer for the Russian mob. He’s a serial rapist, with four dozen credible allegations against him. He’s an unrepentant racist. As a businessman, he’s such a profound and utter failure that it’s almost comical.

During the 2016 campaign, the transition period, and his entire term in office, his surrogates had numerous shady contacts with Russian nationals close to Vladimir Putin. The chair of his campaign worked hand in glove with a Kremlin intelligence operative who specializes in election fuckery. A number of his associates were indicted and convicted of crimes related to the Russia connection.

Once in office, Trump was so egregiously beholden to Putin that it became a national embarrassment. The Helsinki summit in particular was a capitulation on the world stage—“nothing short of treasonous,” in the words of former CIA director John O. Brennan.

Trump spent his time in the White House profiting off the office, enriching his cronies, damaging our institutions, bullying Ukraine to help him smear his political rival, and, in 2020, sabotaging the pandemic response to kill as many Americans as he could. He refused to accept defeat in the 2020 election, spinning the Big Lie, and in January of 2021, after pardoning his accomplices, he orchestrated an attempt to overthrow the government.

Trump is a dark stain on the history of this country.

Future historians will regard him with the same disdain current scholars of totalitarianism regard Mussolini. But unlike his strongman predecessor, Trump has not been stopped.

To the contrary, he has hijacked one of the nation’s two political parties, whose supine politicians must kiss his ring to survive. The gridlock in our politics is caused by the GOP putting Trump over country.

That is the actual narrative. That’s what really happened. But Trump’s apologists and sycophants can easily sidestep the truth, using the same simple argument mobsters from Al Capone to Semion Mogilevich have made to gaslight the public about their crimes. As the latter told the BBC: “If at least one fact was proved, at least once during last 20 years, I would have been called to the police station.” Or, more simply put: “If any of those allegations were true, why have I never been charged?”

Sure, Trump’s underlings have been indicted: Mike Flynn, Paul Manafort, Roger Stone, Steve Bannon, Michael Cohen, and not-so-useful idiot George Papadopoulos. All but Bannon have been convicted. But all but Cohen have been pardoned. What is a presidential pardon if not a refurbishing of history, a mulligan, a do-over?

Yesterday’s indictment of Steve Bannon, lauded by so many on Twitter as cause for celebration, quickly and predictably devolved into a platform for the leprous podcaster to pump still more seditious disinformation into the public discourse. We needed a perp walk, a denial of bail, Bannon behind bars. What we got was a live episode of The War Room:

Steve Bannon says this will be the misdemeanor from hell for Merrick Garland, Nancy Pelosi, and Joe Biden. He says he’s going on the offense now.

It’s easy to blame this crisis on the media—and with good reason. As Eric Boehlert points out on the regular at PRESS RUN, the MSM has by and large sucked for the last six years. But that isn’t fair. The fact of the matter is, we know what we know because of good journalists.

The meetings with Russians in 2016; the New York Times expose on the Fred Trump tax scam; Katherine Eban’s reporting for Vanity Fair on Jared Kushner’s Blue State Genocide; WaPo’s definitive account of January 6—all of this excellent reporting is positively damning to Donald Trump.

But as you might have noticed, Trump hasn’t been damned. Why? Because the Mogilevich Defense still applies: If at least one fact was proved, at least once during last 20 years, I would have been called to the police station. Yes, he [Trump] was called to the Capitol, twice, when the House impeached him. But he didn’t show. The sham trial in the Senate did not allow any witnesses, and he was acquitted both times. That feeds into the victim narrative he’s so fond of weaving: This is a witch hunt, there is no evidence, I’ve been exonerated, I was found not guilty, I did nothing wrong.

A year and a half ago, I believed that the pandemic would put an end to the Trump narrative once and for all. If anything could pierce the Fox News/Facebook disinformation bubble, I reckoned, it was a plague. But no. He and his GOP vassals sacrificed public health to protect the narrative, and politicized the pandemic, ensuring that as many Americans died as possible.

Nine months into the Biden presidency, there remains a significant percentage of the population that doesn’t trust the vaccine, that derides masks as a threat to individual liberty. That a sizable number of outspoken antivax radio hosts have died of covid-19 has done little to arrest the false narrative. Thanks to Trump, what should have been a path to national unity—we all want to eradicate the virus, surely!—is yet another cause of division.

Again: by sabotaging the pandemic response, these motherfuckers condemned three quarters of a million Americans to horrible death. That’s the truth of the matter. But the three individuals most responsible for the sabotage—Trump; Mike Pence, who was head of the White House pandemic response team; and Jared Kushner, who had a parallel team doing god knows what—have faced zero consequences for this. I mean, none.

For the most part, the media has moved on from this completely, as if it never happened, and the Justice Department seems not to care. Did covid-19 not penetrate the “monastery of the judiciary” where Merrick Garland was insulated for so long?

“If at least one fact was proved, at least once during last 20 years, I would have been called to the police station.”

Trump and his apologists will keep trotting out the Mogilevich Defense until it no longer applies—that is, until he is called to the police station. The only way to break the defense is to start indicting the wrongdoers. It’s that simple.

Congress is doing everything in its power to hold the bad guys to account. Nancy Pelosi is a superhero. But the legislative branch is supposed to make the laws, not enforce them. For the false narrative to be terminated once and for all, the executive branch needs to do its fucking job. Trump can’t credibly claim innocence when he and his cronies are all in the hoosegow. Even Tucker Carlson would have a hard time slinging that bullshit.

At the DOJ, we have this vestigial Durham joker, a Special Counsel appointed by the traitor Bill Barr, still looking for dirt that will clear Trump’s name. Why is no one focused on investigating the actual criminals? We need two new Special Counsels—one to investigate the pandemic response (both the negligence of the folks in charge, and also a forensic investigation into where the money and medical supplies went), and another to investigate the January 6 insurrection.

The establishment of those Special Counsels would, first, insulate Garland and Biden from charges of partisan motivation, and, second, demonstrate that they actually, you know, give a shit. If Merrick Garland appoints those two Special Counsels, I guarantee you that his Twitter critics will stand down.

But most of all, the DOJ needs to indict Trump for obstruction of justice. In Part II of his report, Mueller provided a blueprint for such an indictment. From a prosecution standpoint, this is relatively simple, because much of the heavy lifting has been done. Why has it not happened? What are we waiting for? Why are we letting this horrible human get away with it? Where is the urgency?

As long as these obvious bad guys walk free, as long as there remain no legal consequences for their villainy, the Mogilevich Defense holds, and nothing will change.

This is a nest of vipers, hellbent on destroying our democracy. Indictments are the mongoose. Unleash them.