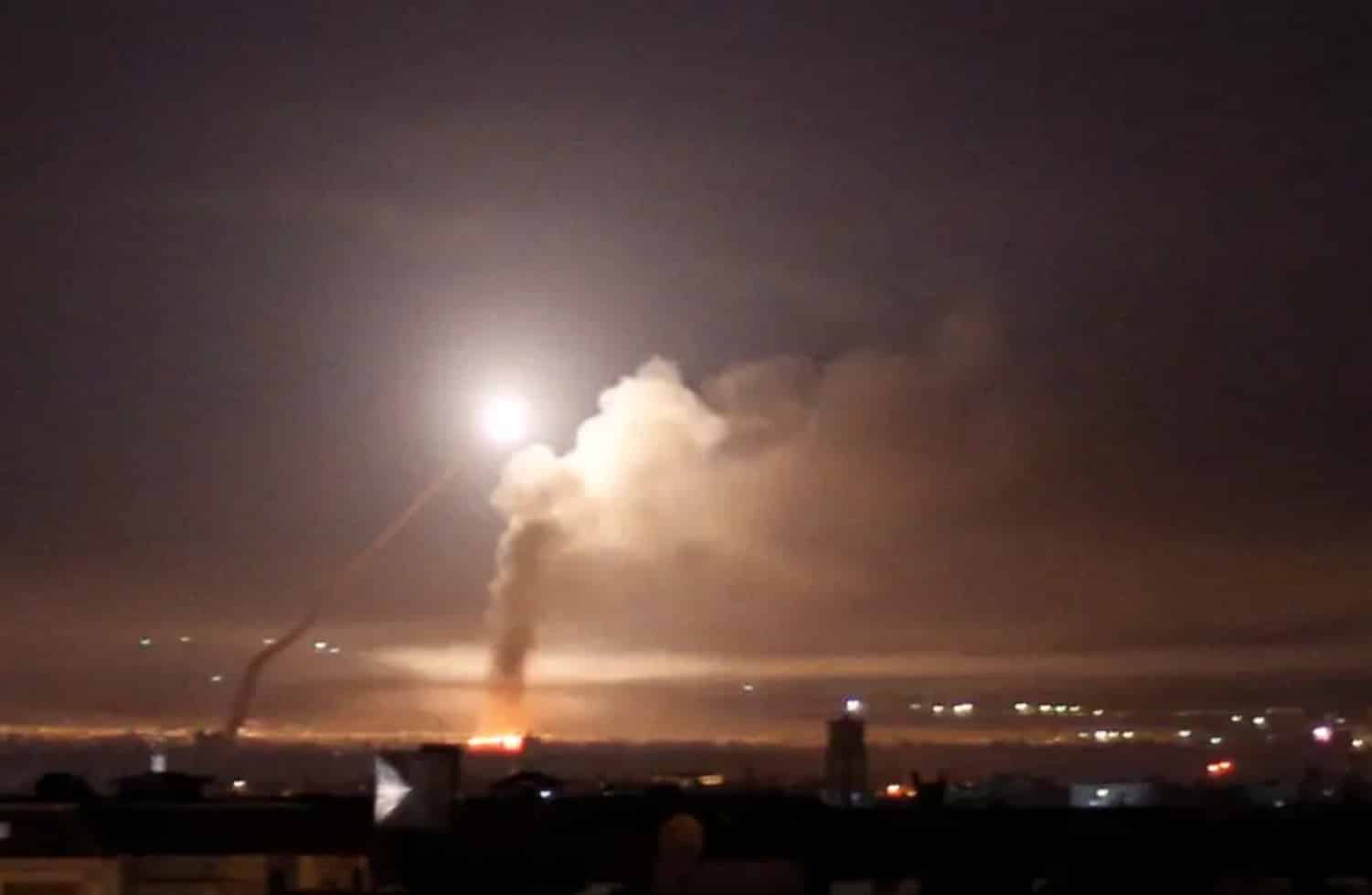 JPost: On November 9, Russian state media TASS claimed that “Russian-made Buk-M2 and Pantsir-S air defense systems in service with the Syrian army destroyed six out of eight missiles launched by Israeli warplanes during the November 8 air raid, Vadim Kulit, deputy chief of the Russian Center for Reconciliation of the Opposing Parties in Syria, said on Tuesday.”

The report was short, but it appeared to be a clear message. Russia doesn’t often say that its weapon systems have shot down Israeli missiles in Syria. “Between 20:16 and 20:23 on November 8, six F-15 tactical fighter aircraft of the Israeli Air Force violated the state border of the Syrian Arab Republic from the airspace of northern Lebanon and launched eight guided missiles at logistical and military support facilities of the Syrian armed forces in the Homs governorate.

What was the point of this report? Was it a message to Israel? Was it a message about how great Russian air defense systems are? The report didn’t include condemnations of Israel or demands for air strikes to stop. Israel says it opposes Iranian entrenchment in Syria and it has launched thousands of strikes against Iranian targets in Syria over the last decade.

The perception in recent months was that there was an uptick of reports in Syrian regime media blaming Israel for airstrikes. These include strikes near Tartus on November 8 as well as near Damascus on November 17.  Ynet said that an attack in October had struck a Hezbollah arms shipment and that Israel used a Tamuz missile in recent attacks.

This comes alongside Israel seeking more precision munitions for its arsenal after the defense budget passed this year. It also comes as Israel hosted joint drills, including with the US Marines, with the navy earlier this year and also with the US, UAE and Bahrain in the Red Sea.

Israel’s tempo of training appears to be increased and Israeli officials continue to warn about Iran’s threats. Add this together with rumors that Iran and the US may be seeking some kind of interim nuclear deal and the visit of the US Iran envoy.

US SECRETARY of Defense Lloyd Austin is going to Bahrain and the UAE today. In the Emirates, Austin says he is “looking forward to discussing our two countries’ common defense priorities.” According to reports, US envoy for Yemen Tim Lenderking is also in Saudi Arabia and Bahrain this week, while Iran Envoy Robert Malley did Israel, the UAE and Saudi Arabia and Bahrain. Lenderking will look to “coordinate on regional security and concerns over Iran, and for talks on UN-led peace efforts for Yemen,” the State Department said on Tuesday.

Mira Resnick, a deputy US assistant secretary of state in the Biden administration, also made comments to The Associated Press at the Dubai Air Show. She said the US was committed to the F-35 sales to the UAE.

If you add all this up there are major tectonic shifts taking place in the region. What does all this have to do with Syria? Ostensibly, not that much. It’s about the US cementing ties in the Gulf and it showcases how much the US anchors its policies in Israel, the UAE and Bahrain, as well as Saudi Arabia.

A report on Thursday at Reuters said that “the United States and its Arab allies in the Gulf accused Iran Wednesday of causing a nuclear crisis and destabilizing the Middle East with ballistic missiles and drones.”

The statement came from a US working group held with the Gulf Cooperation Council in Saudi Arabia. It went on to note that “all participants urged the new Iranian administration to seize the current diplomatic opportunity” stemming from the resumption of talks in Vienna aimed at salvaging the Iranian nuclear accord, and “prevent conflict and crisis,” the statement said.

WHILE THIS coordination is happening, there are questions in Syria about whether the UAE is patching things up with the Assad regime and whether that is part of a much wider attempt by the Gulf to work with Damascus. This could dial back the Iranian role; reports were leaked saying that the Assad regime had demanded an IRGC commander be removed in Syria. That commander was behind an attack on the US garrison at Tanf, reports said.

For years all the players had different agendas in Syria and it was a question of whether they could coexist or will come to blows. Israel wants Iranian entrenchment near the border reduces. Turkey wants the SDF defeated. The US wants to defeat ISIS. The Syrian regime, backed by Russia, wants stability and to take back the country. The Gulf wants Iran reduced in Syria and a stable Syrian regime.

Maybe, in the end, what most players agree on is stability. The US doesn’t like the Syrian regime, but it doesn’t want chaos and neither Israel nor the US want to weaken the regime so much that Iran gets more power. That is the math involved. Russia is saying its missiles can draw a line in Syria against strikes on Iran.

Perhaps with Gulf influence, Tehran might keep its head down a bit more. As part of that, US Ambassador to the UN Linda Thomas-Greenfield was in Israel this week and is “optimistic” that more countries might join the normalization track with Israel.

Israel showed Thomas-Greenfield the threats Israel faces in the North. It is a reminder of Iranian drones that now can reach Israel from Iraq. In May during clashes with Hamas, Iran used a drone to strike at the Jewish state from Iraq. The message now is to make it clear that those threats are unacceptable while the US and Israel work closely on the tectonic changes in the region.