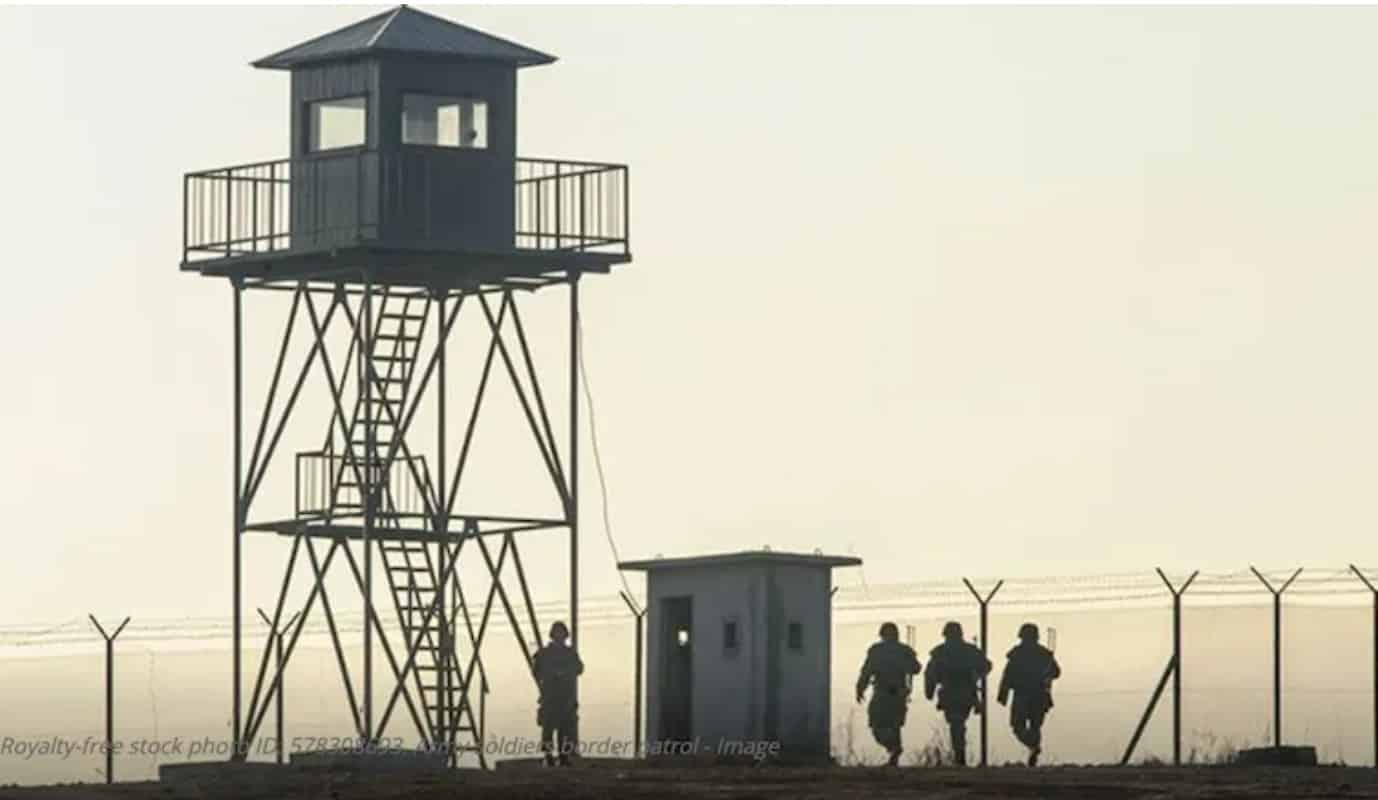 VT: For years, the Border Patrol has used one torture above all others. They shake up a can of Coke, pull the tab and run it under the nose of a victim…held by 3 overweight “heroes.” Compared to this, waterboarding is a walk in the park.

Do note…more Border Patrol “agents” are arrested each year for human/drug trafficking than of all other organizations, police or otherwise….anywhere…endemic corruption and a century plus old partnership with the cartels…as we were informed by highest level FBI and Mexican intelligence sources along with our folks at DHS…which can be even worse…

Raw Story: As they say, nothing ever dies on the internet. That’s how I came across an old clip recently of Ron Colburn on Fox. He’s the president of something called the Border Patrol Foundation. He was explaining why border agents terrorizing asylum seekers with pepper spray was appropriate.

“The deterrent they used is OC pepper spray — it’s literally water, pepper, with a small amount of alcohol for evaporation purposes. It’s natural. You could actually put it on your nachos and eat it,” he said. (juice from a ‘hab’ or ‘Scotch Bonnet’ can eat through a marble countertop)

According to its website, its mission is “to honor the memory of fallen US Border Patrol agents and provide support and resources to the families. BPF provides support to those employed by the Border Patrol for on- and off-duty deaths, injuries, illnesses, family medical emergencies, special circumstances and student scholarships.”

That might sound altruistic enough, but look closer. The keyword here is “fallen.” That’s a word our culture tends to reserve for military service members who die nobly — in combat, especially, but also in the service of country generally. Implicit in “fallen” is valor. That can’t be given. It must be earned. When coupled with “honor,” the foundation gives the impression that border agents are on par with the Marines.

Not too surprising. There’s a history. The Editorial Board‘s friendly neighborhood sociologist wrote earlier this month that police took an aggressive posture toward law enforcement after the 1960s civil rights movement. “Starting with the Nixon administration’s tough-on-crime rhetoric,” Professor Rod Graham wrote, “police departments have been modeling themselves after the military. Local police officers are being trained to be warriors, complete with military-style equipment.”  Read more..