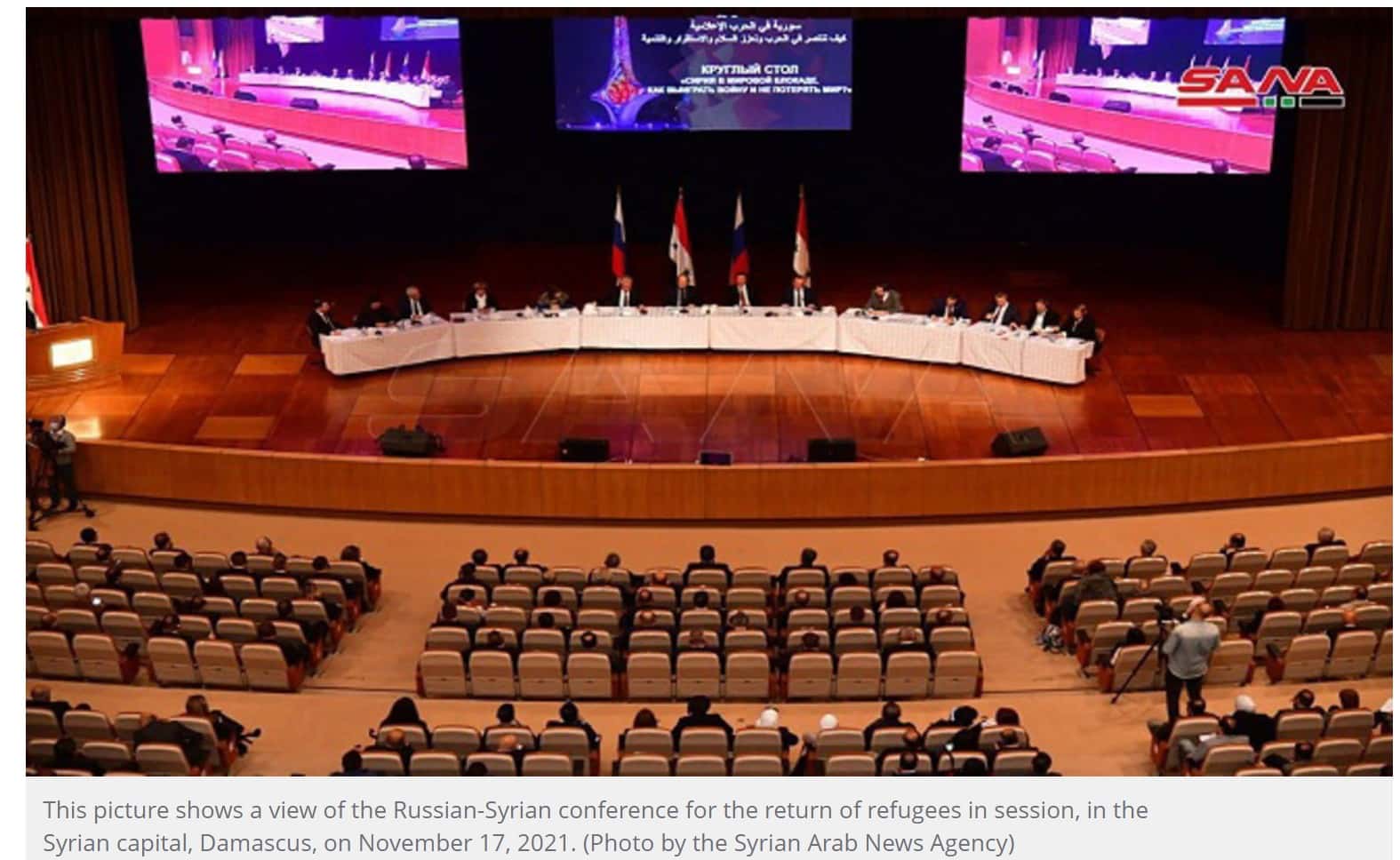 The Russian and Syrian Joint Coordination Committees on Repatriation of Syrian Refugees said in a joint statement on Thursday that the return of internally displaced people and refugees to their original places of residence remains a top priority for the Damascus government which is making its best efforts in this regard.

The statement said the Syrian government has been relentlessly working to restore security and stability across the country, and reconstruct critical infrastructure in order to facilitate the repatriation of the Syrian refugees.

However, the West funnels huge sums of money to terrorists, and actually prevents the return of Syrian refugees to their homeland, it said.

The policies of the Western countries amount to “sheer hypocrisy” in view of their unilateral sanctions and occupation of the Syrian territories, it added.

A Syrian envoy to UN calls for immediate lifting of unilateral coercive measures imposed by the United States against the Arab country.

The statement also lambasted false news about the situation in Syria, stressing that the propaganda campaign is meant to intimidate Syrians and put off their repatriation.

Moscow and Damascus say Western sanctions against Syria and the military occupation of the Arab country are the main obstacle to the return of the displaced people and the country’s recovery from a decade-long campaign of foreign-backed militancy and destruction.

Syria’s Foreign Minister Faisal Mekdad has denounced unilateral sanctions imposed by the United States against the war-stricken country as “crimes against humanity”.

The United States and its European allies began to impose tough sanctions on Syria, after Takfiri terrorist groups failed in their bid to overthrow the government of President Bashar al-Assad.