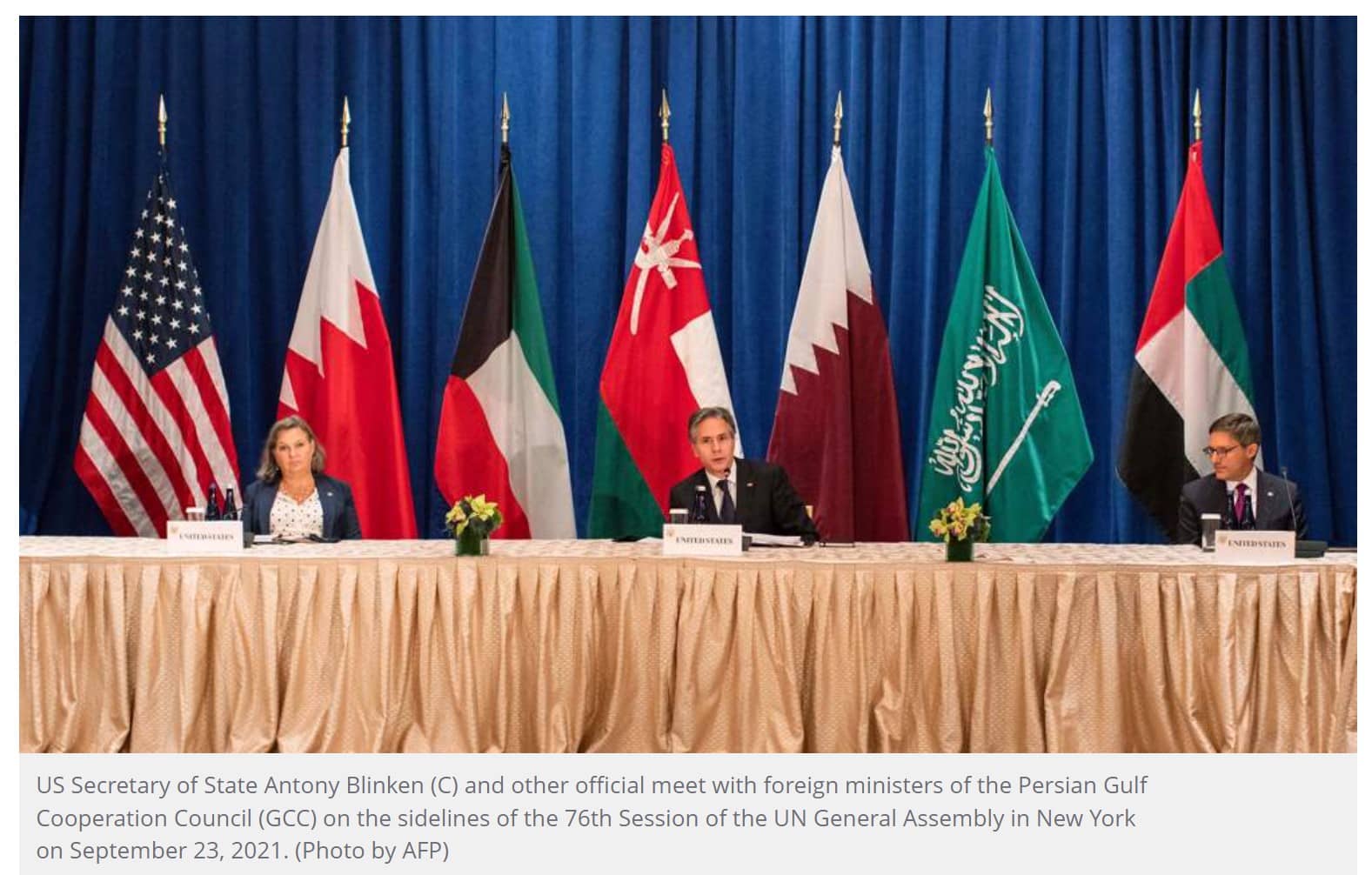 Press TV: A senior Russian diplomat has applauded a change for the better in the hostile approach of certain Persian Gulf Arab states toward the 2015 Iran nuclear deal, saying they seem to have backtracked on their endorsement of the US withdrawal from the accord and are instead calling for its revival.

In a tweet on Wednesday, Mikhail Ulyanov reacted to the outcome of a recent round of talks between the United States and members of the Persian Gulf Cooperation Council (GCC) in the Saudi capital, Riyadh, which focused on Iran.

We observe very positive progress. Not long ago some of these states were against #JCPOA and welcomed the US withdrawal from the nuclear deal. Now they demonstrate the ability to draw lessons and revise their position in the light of experience gained. Deserves respect. https://t.co/Yw4Kn7qOwD

Following the Riyadh talks, Washington and its GCC allies — Saudi Arabia, Bahrain, Kuwait, Oman, Qatar, and the United Arab Emirates — issued a joint statement revolving around a number of Iran-related topics, including the nuclear deal and the upcoming negotiations in Vienna, Austria.

The statement said the US and GCC member states “welcomed” the upcoming seventh round of negotiations in Vienna on the fate of the deal, officially named the Joint Comprehensive Plan of Action (JCPOA), which will center around the removal of the American sanctions and the deal’s revitalization.

The two sides called for “an urgent mutual return to full compliance with the JCPOA, that would help pave the way for inclusive diplomatic efforts to address all issues that are necessary to ensure sustainable safety, security, and prosperity in the region.”

The call was suggestive of a shift in the policy of Saudi Arabia, which was once one of the very few proponents — along with Israel and its vassal Persian Gulf states — of the decision by then-US President Donald Trump to pull Washington out of the JCPOA in 2018.

In his tweet, Ulyanov welcomed the apparent U-turn in the GCC’s highly-belligerent Iran policy and said, “We observe very positive progress. Not long ago some of these states were against #JCPOA and welcomed the US withdrawal from the nuclear deal.”

“Now they demonstrate the ability to draw lessons and revise their position in the light of experience gained. Deserves respect,” the senior Russian diplomat added.

The Saudi kingdom severed ties with Iran in January 2016 after angry protests and violence targeted its diplomatic missions in Tehran and Mashhad in the aftermath of Riyadh’s execution of a senior Shia Muslim figure.

With the election of Trump in 2016 and the ensuing rise of ardent Iran hawks to power in Washington, Riyadh under Crown Prince Mohammed bin Salman, Saudi Arabia’s de facto ruler, who had Trump’s firm support, further intensified its hostile rhetoric against the Islamic Republic.

However, with a change of administration in the US, and as Riyadh faced more defeats in its bloody coalition war on Yemen, the kingdom chose to soften its Iran policy. Iran and Saudi Arabia are now involved in a diplomatic process aimed at narrowing down their differences and restoring ties.

Iran hails talks with Saudis, says neither side sets preconditions

Iran says no precondition has been imposed by either side in talks between Tehran and Riyadh intended to mend bilateral ties severed in 2016.

Amid widespread reports of intense lobbying and pressure on the part of America’s closest Middle East allies, namely Israel, Saudi Arabia and the UAE, Trump decided to pull the US out of the JCPOA despite Iran’s full compliance with its nuclear undertakings, as repeatedly certified by the UN nuclear agency, a move that triggered international criticism.

The US then unleashed a “maximum pressure” campaign of economic pressure against Iran, which was likewise cheered by the same US allies.

Iran fully honored its nuclear obligations for an entire year, after which it decided to ramp up its nuclear work as a legal “remedial measure” against the US violation of the deal and the abject failure on the part of the other signatories, the E3 in particular, to safeguard its benefits.

Envoys from Iran and the P4+1 — Britain, France, Germany, Russia and China — are expected to hold the seventh round of discussions in Vienna on November 29. The negotiations were paused in June, when Iran held its presidential election. Since then, the new Iranian administration has been reviewing the details of the six rounds of discussions held under the previous administration.

The US administration of Joe Biden has said it is willing to rejoin the deal, but it has shown an overriding propensity for maintaining some of the sanctions as a tool of pressure. Tehran insists that all sanctions should first be removed in a verifiable manner before it reverses its remedial measures.