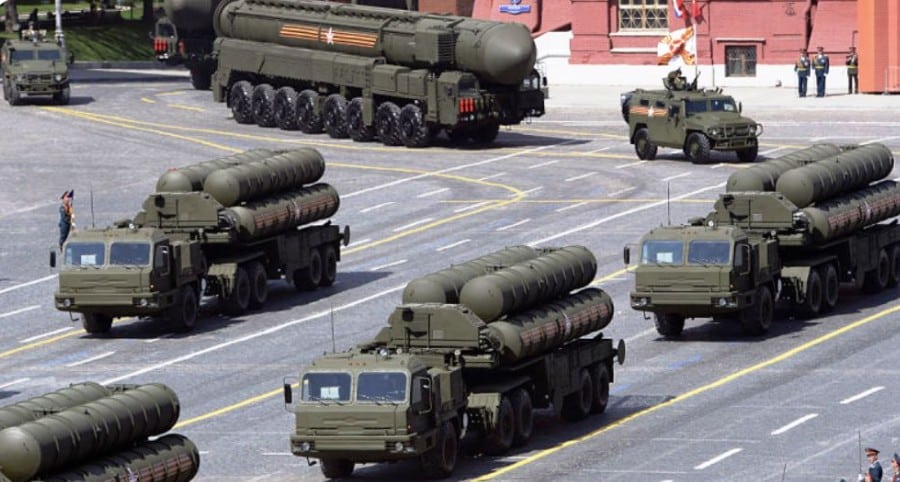 “We have started technological cooperation with Turkey on the S-400. We are localizing some elements, we have begun work in this direction,” Mikheev said.

He explained that the existing contract provides not only for the supply of air defense systems to Turkey but also for the localization of production of some of the S-400 components on its territory.

As Interfax reported, Turkey bought from Russia four divisions of S-400 air defense systems worth $ 2.5 billion. On December 7, the head of Rostec, Sergei Chemezov, said that Turkey had paid for the S-400.

In August this year, Mikheev said that a contract could be signed shortly for the supply of an additional batch of S-400s to Turkey.

In 2019, Moscow and New Delhi discused an issue of production of Russia’s S-400 air defense systems components in India, as the CEO of Russia’s state hi-tech corporation Rostec Sergei Chemezov said then in an interview with business daily RBC.

“Yes, we are discussing the localization with India,” Chemezov said when asked whether the production of S-400 components in India was possible.

The Rostec head reminded that Russia had already sold licenses to India for Su-30 combat aircraft, T-90 tank, while “BrahMos missile were developed jointly with them, on their territory and in collaboration with their scientists.”

One system containing up to 8 divisions (divisions) can control up to 72 launchers, with a maximum of 384 missiles (including missiles with a range of less than 250 km (160 miles)). Missiles are launched using a gas system from launch tubes up to 30 meters into the air before the rocket engine ignites, which increases the maximum and reduces the minimum ranges. In April 2015, a successful rocket test bomb was conducted on a target air at a distance of 400 km (250 miles); Tels carrying a long-range 40N6 may only be able to hold two missiles instead of the typical four due to its larger size. Another test recorded a 9M96 missile using an active homing radar, reached an altitude of 56 km. All missiles are equipped with a warhead aimed at the explosion, which increases the likelihood of complete destruction of targets.

In 2016, Russian anti-aircraft missile troops received new guided missiles for the S-300 and S-400 air defense systems. Anti-aircraft missile system designed to destroy aircraft, cruise and ballistic missiles, it can also be used against ground targets. The S-400 is capable of intercepting cruise missiles in a range of about 40 km due to their low altitude paths.

96L6Y radar and equipment operate separately (100 meters), export version 96L6E2 have the ability to track a maximum of 100 targets. In mountainous areas, the system is resistant to false returns or clutter. Replaces radar for detecting low-level radar targets and conducting a sector radar survey. Omnidirectional for detecting all types of aircraft, including those with low observables (not against ballistic missiles).