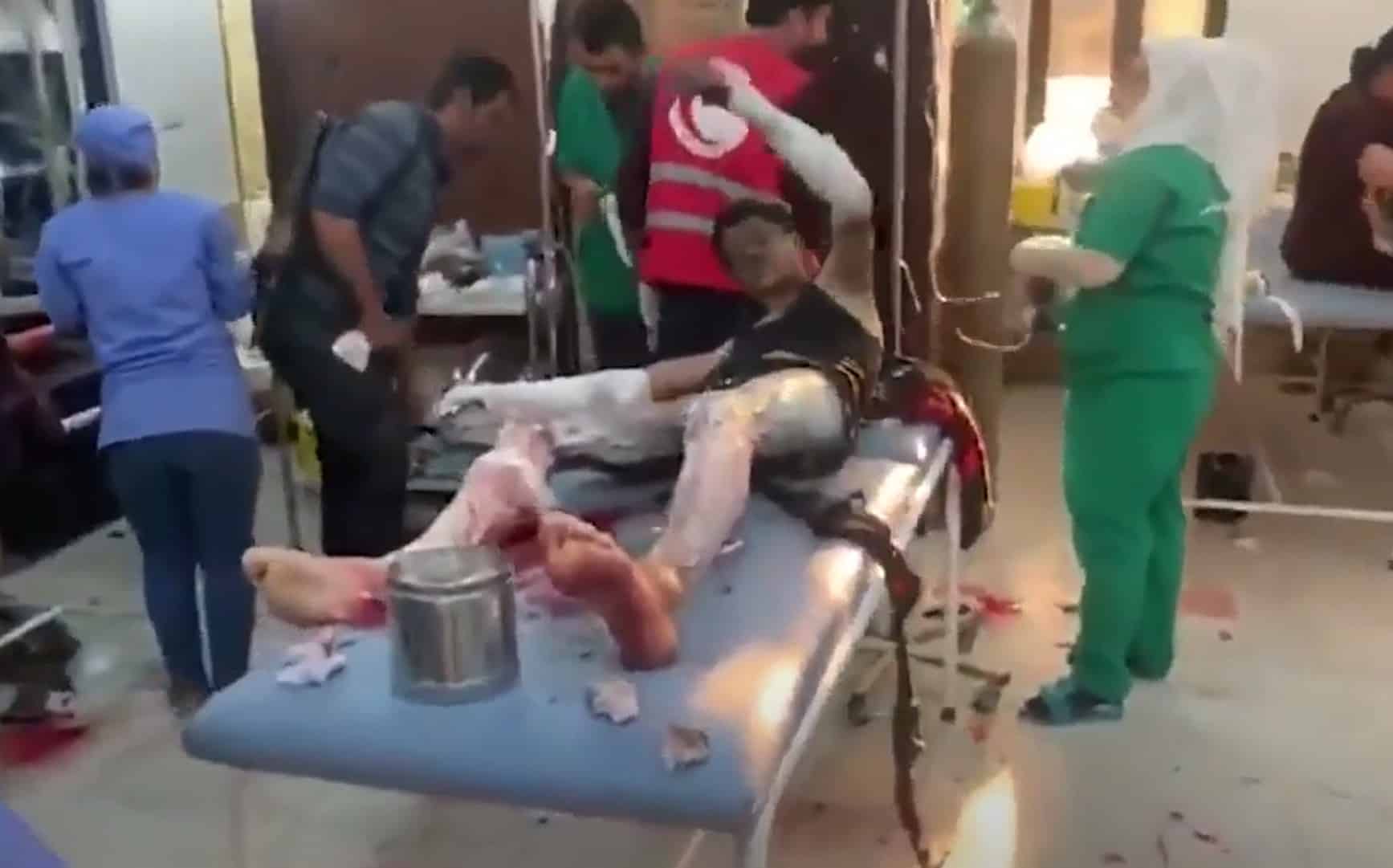 Were Saddam’s alleged gas attacks on the Kurds really done by Syria and Israel all along?

Since 23 April, Turkey continues military operations, dubbed “Claw-Lightning” and “Claw-Thunderbolt” in Iraqi Kurdistan, the semi-autonomous region in northern Iraq, as part of their four-decades long battle against the Kurdistan Workers’ Party (PKK).

These unusually long military operations continue to bring allegations of Turkey’s use of chemical warfare against Kurdish fighters on the mountains of Iraqi Kurdistan as representatives of the PKK and the People’s Defence Forces (HPG), the military wing of the PKK, have continuously repeated their claims that Turkey has been using various variants of chemical and toxic gases in order to be able to get into the caves and tunnels strictly defended by the Kurdish fighters during their six-month long battle against the Turkish army, the second largest standing military force in NATO.

#Kurds have been organising daily demonstrations across Germany in order to gather more support from the #German public in their campaign calling upon the OPCW to act against Turkey's alleged use of chemical warfare.https://t.co/oDDod29OYO pic.twitter.com/EYzSiWsPHR

“For over a hundred years, Turkey has been fighting against the Kurds, not only domestically, but also cross-borders in Syria and Iraq, that has already been the cause of the death and displacement of tens of thousands.”

This is how Prof. Dr. Franco Cavalli, who has been following the current situation in Iraqi Kurdistan, defined Turkey’s approach to the Kurds, living within and outside the borders of Turkey.

Having served between 2006 and 2008 as president of the International Union against Cancer (UICC), Professor Cavalli is one of Switzerland’s longest-serving politicians and distinguished oncologists, who was voted as Switzerland’s “Person of the Year” for his contributions to society for his work in cancer and palliative care in the developing world.

The drone technology, which Cavalli noted Turkey has been selling to Azerbaijan against Armenia, is also being used against the Kurdish fighters in Iraqi Kurdistan, according to Cavalli:

“Drones that caused Armenia to lose a war against Azerbaijan have been used against Kurdish fighters for a long time now. That is why PKK fighters have left the fronts and invite the Turkish army into the so called ‘war tunnels’. And the Turkish army, who are unable to get into these tunnels, fire toxic gases into the tunnels, this is horrible,” he said.

This is exactly why the use of chemical warfare has been banned, according to Cavalli.

Everybody should be acting on the claims that Turkey is deploying chemical warfare in Iraqi Kurdistan, Cavalli said “It is not time to discuss whether these claims are true or not, even the possibility that this is happening is horrible.”

Leading KCK executive Mustafa Karasu accuses the West of complicity with Turkey's continued use of chemical warfare against the #Kurds saying silence is interpreted as approval and consenthttps://t.co/6oamIEJQ54 pic.twitter.com/dJEwmHE6ZL

The Swiss doctor urged responsible institutions and experts to “take samples from the bodies of deceased Kurdish fighters and from the soils where toxic gases have been used,” in order to prove or disprove the suspicions about Turkey’s violation of the international ban on the use of chemical warfare.

Cavalli insisted that in a random research laboratory, the reality behind all these claims can be brought to daylight.