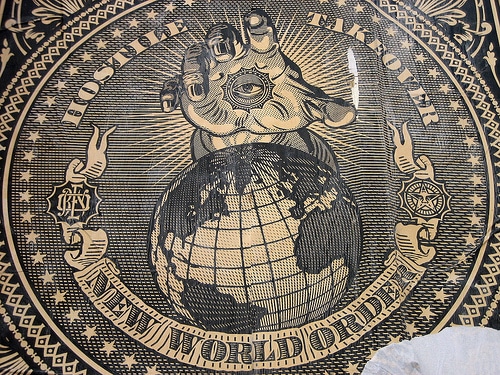 DISCLOSURE: This article deals with racism and bigotry. While, VT does NOT support racism, bigotry, violence, or hate speech, we are an open source uncensored journal and support the right of independent writers and commentors to express their voices. Reader discretion is advised.

The short answer is “no”.  There are 40 million people who practice Judaism around the world today. The overwhelming majority have NOTHING to do with global banking and the global challenges around the world.

But there is a story to tell about influential Jews in banking and how our current monetary system got to where it’s at today.

You see, by 1791, the Rothschilds had set up a central bank called the First Bank of the United States through their agent in George Washington’s cabinet, a man named Alexander Hamilton.

As a child on the Caribbean island of Nevis, where he was born across the street from St. Paul’s Anglican Church, Hamilton attended a small Hebrew school and learned to recite the Decalogue in its original language.  Nevertheless, his “religion” as an adult was a bit fuzzier.

For the record, for years previous to his death he had been a self-proclaimed champion of Christianity, attacking the French Revolution and his American political opponents-“the American Jacobins”-as atheistic

Read “Was Hamilton a Christian“?

Nevertheless, with this bank, they could siphon off the wealth of the new American Republic.

Below is the history of world banking.

It’s NOT an indictment of every person of the Jewish faith in the world.  It’s only a statement of historical fact that many people who practiced Judaism were instrumental in developing the world banking system we know today.

● By 1793, through their Jacobin societies, these French Jews contributed to the direct formation of the French Revolution which had the French king beheaded (Louis XVI) and eliminated the ability of the Catholic Church to collect tithes making themselves owners of French properties.

● By 1797, Jewish businessmen financed Napoleon (a Gentile Freemason) who emancipated the Jews of Venice and set the Jews free from the restrictions of the ghetto.

● In 1811, the charter for the Rothschild’s Bank of the United States expired and Congress voted against its renewal. So, Nathan Mayer Rothschild, who held British Bonds and Securities, ordered the War of 1812 to coerce and impoverish the Americans.

● In 1816, the American Congress passed a bill permitting yet another Rothschild-dominated central bank, which gave the Rothschilds control of the American money
supply once again. This was called the Second Bank of the United States. The British war against America therefore ended.

● In 1823, after 30 years of not being able to collect tithes, the Catholic Church gave over its worldwide financial operations to the Rothschilds.

● In 1837, the Rothschilds sent one of their own, August Belmont, a Jewish man, to America as their agent to invest in railroads, lumber, mining, factories, and cotton.

● In 1840, the Jews of Damascus ritually murdered the Catholic priest, Father Thomas.

● In 1848, Karl Marx, a non-religious German, published the Communist Manifesto, and a wave of Jew-financed and Communist-inspired socialist revolts swept through Europe.  Marx’s family was originally non-religious Jewish but had converted formally to Christianity before his birth. His maternal grandfather was a Dutch rabbi, while his paternal line had supplied Trier’s rabbis since 1723, a role taken by his grandfather Meier Halevi Marx. His father, as a child known as Herschel, was the first in the line to receive a secular education. He became a lawyer with a comfortable upper-middle-class income and the family owned a number of Moselle vineyards, in addition to his income as an attorney. Prior to his son’s birth and after the abrogation of Jewish emancipation in the Rhineland, Herschel converted from Judaism to join the state Evangelical Church of Prussia, taking on the German forename Heinrich over the Yiddish Herschel.

● In 1865, Jacob Schiff, a Rothschild relative, born in their house in Frankfurt, arrived in America at the age of 18 with the instructions and the finances necessary to buy into an American banking house. In later years, he and his fellow Jewish bankers financed the Bolshevik Revolution.

It’s clear, that when it comes to global banking, many of the biggest players and men of influence were those that practiced the faith of Judaism.

As we can see from the short history above, to accomplish big goals and get control of the money game, many of the like-minded organized into larger groups giving them even more leverage to create and control.  Organizing and networking based on religious beliefs would be a natural course for human beings.  So for better or worse, we have hundreds of years of work by determined crafty men of ingenuity, many of them Jews, to thank or condemn for our current global banking and monetary systems.

As for the rest of the 40 million people who practice Judaism, well, most are just making ends meet and getting along; most have NOTHING to do with global banking.  That’s the actual reality on the ground.  So “NO”, it’s factually incorrect to blame “The Jews” for Today’s Challenges!