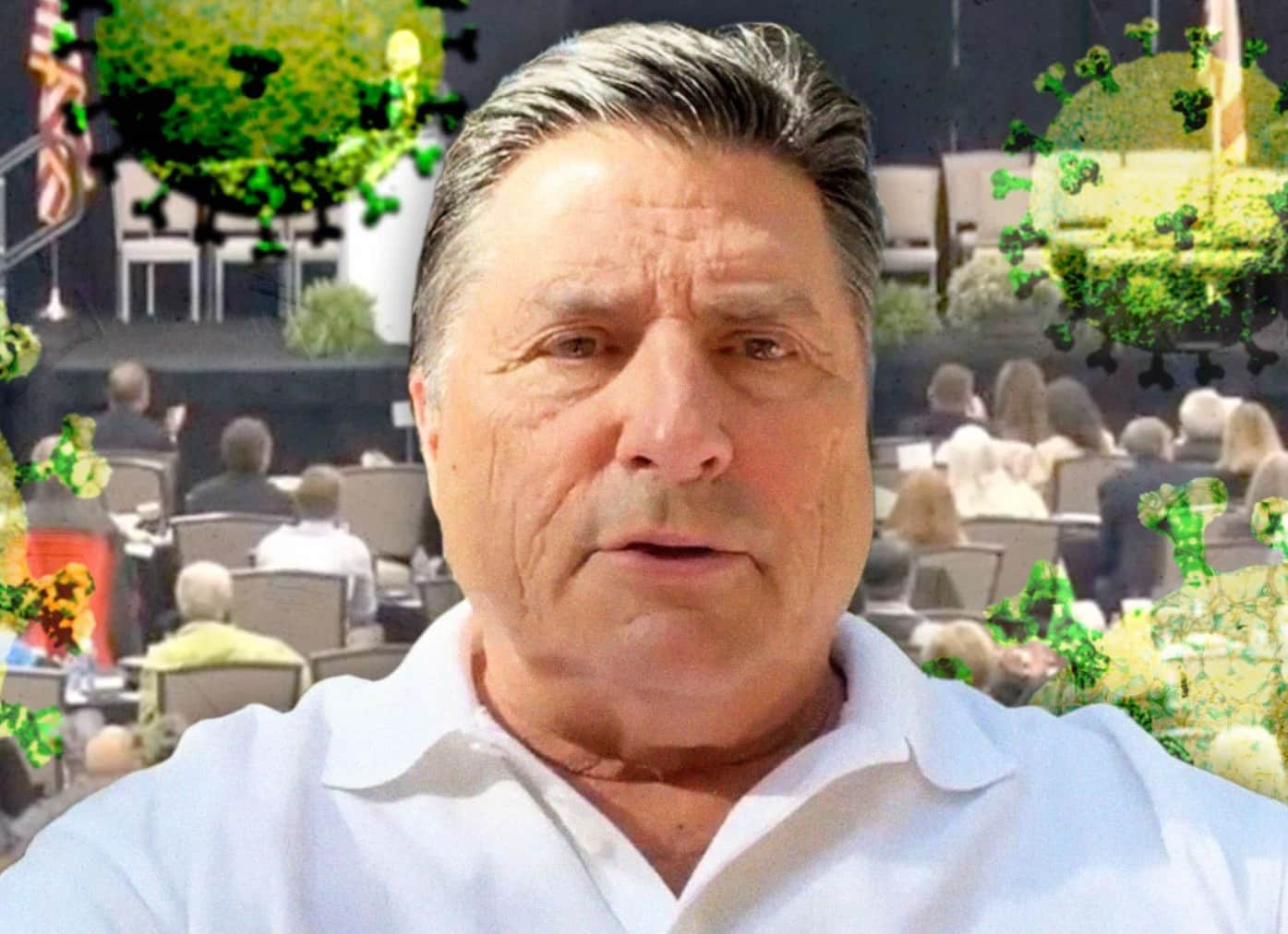 How many have these doctors killed?  Do they themselves deserve to die the same horrific death RDS and others suffered?  Let us know.

DB: To hear the fringe doctors who gathered at an equine facility for the Florida COVID Summit earlier this month, ivermectin is as effective against the virus in humans as it is against worms in horses.

Then: “I have been on ivermectin for 16 months, my wife & I,” Dr. Bruce Boros declared at the end of the meeting at the World Equestrian Center in Ocala. “I have never felt healthier in my life.”
Now: “2 days later, the 71 yo cardiologist fell ill w/COVID-19.”
The parasites? 🤔

“I have been on ivermectin for 16 months, my wife and I,” Dr. Bruce Boros declared at the end of the meeting at the World Equestrian Center in Ocala. “I have never felt healthier in my life.”

Two days later, the 71-year-old cardiologist fell ill with COVID-19, according to the organizer of the one-day gathering and two other people with direct knowledge.

The organizer, Dr. John Littell, further reported to The Daily Beast that six others among the 800 to 900 participants had also tested positive or developed COVID symptoms “within days of the conference.”

“People are considering if it was a superspreader event,” Littell said.

In the next breath, he dismissed the very thought with an emphatic “No.”

Littell conveniently decided that those with COVID were already infected when they arrived at the summit, where no masks or social distancing were in evidence.

“I think they had gotten it from New York or Michigan or wherever they were from,” he said. “It was really the people who flew in from other places.”

Littell added, “Everybody so far has responded to treatment with ivermectin… Bruce is doing well.”

Boros remained seriously ill at his Key West home, according to people who know him but who asked not to be identified. Boros himself did not respond to phone messages and emails.

However Boros is faring, there remains the question of why he became seriously ill in the first place if ivermectin is the wonder drug the anti-vaccine crowd claims it is, rather than primarily a treatment for parasites and head lice in humans, as well as a horse dewormer. He had been taking the drug since the summer of last year for what he described as a personal research project.

“I hope to proceed with my ivermectin observational study quickly,” he announced in a July 28, 2020, Facebook post. “It’s working where it’s being used around the world.”

He proceeded from that falsehood to some incendiary MAGA nonsense:

“Fauci is a fraud—big pharma is playing us for suckers. Dr. Boros.