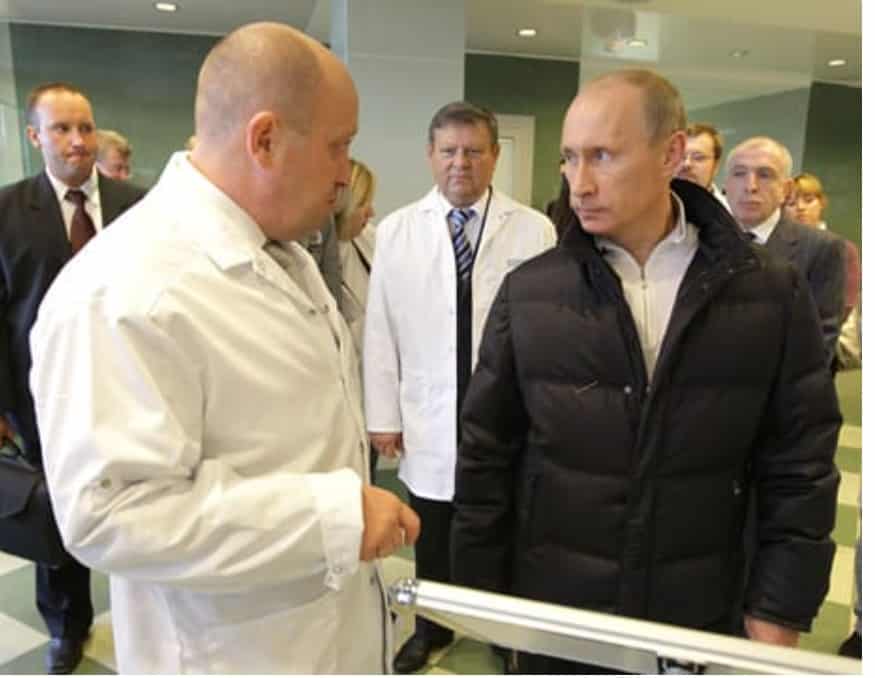 Below are excerpts from pieces I’ve written about Putin and his droogs:

From the days of Ivan IV in the late sixteenth century, Russia’s leaders have been extraordinary ruthless about the application of terror to maintain power. The first secret state police, called the oprichnina, was devised by this first tsar, whom history knows as Ivan the Terrible. Black-clad patrolmen on black mounts descended on towns and villages, like a scene from J.R.R. Tolkien or Washington Irving, leaving death and destruction in their wake.

The Okhrana, its spiritual successor, was formed to protect the royal family after unsuccessful attempts to assassinate Alexander II in 1868; it did not prevent the assassination of Alexander III in 1894—or, for that matter, the execution of the last tsar, Nicholas II, in 1918—but it did terrorize generations of Russians, and played a leading role in the Bloody Sunday Massacre of 1905, when peaceful protesters outside the Winter Palace were shot by police.

The Soviets, meanwhile, were veritable butchers. Lenin advocated coaxing troops into battle by shooting at them from behind. The Cheka, the state police established in 1917 by Felix Dzerzhinsky, was infinitely more wicked than its antecedents. Stalin was responsible for more loss of life than Hitler, including over five million Soviet citizens who perished in Ukraine and Kazakhstan during the Soviet Famine of 1932-3.

Subsequent leaders were less brutal than Stalin, but not exactly Nobel Peace Prize nominees, while the mobsters who now hold sway over that country make Stalin seem calm and measured. In Russia, alas, life is cheap.

Vladimir Putin was still toiling for the mayor’s office in St. Petersburg when Chechen leader Dudayev was assassinated, but his rise to power—remarkable, swift, out of nowhere—began just three months later, when Yeltsin named him Deputy Chief of the Presidential Property Management Department in June 1996.

This gave Putin access to the books, and the power to move around money and other assets. He formally joined the Presidential Staff in 1997, ascended to first deputy in May of 1998, and a month later, was named the head of the Federal Security Service (FSB), the successor to the KGB, the organization he’d worked at for most of his career. Putin’s influence over Yeltsin was enormous. Clearly his years with the KGB taught him how to roll drunks.

As the millennium approached, tensions with the Chechens continued, and Yeltsin’s health was deteriorating rapidly. For Putin and the fledgling Russian Federation, the pendulum was swinging the wrong way. But then, on 4, 9, and 13 September 1999, a series of apartment bombings befell the Russian cities of Buinaksk, Moscow, and Volgodonsk, killing 300 and injuring a thousand more.

These were reported by Russian media to be the work of Chechen separatist terrorists. But compelling evidence suggests that the terrorist attacks were the work of the FSB, which Putin oversaw until 9 August 1999—just a month before the bombings—when he left to be First Deputy Prime Minister.

Galvanized by his capable response to the attacks, and endorsed by the still-popular Yeltsin, Putin became Acting Prime Minister later that month. He’s been in power, under a variety of titles, ever since.

The journalist David Satter wrote a book called Darkness at Dawn, laying out the case that the FSB was behind the apartment bombings. He succinctly explained the motive for the inside job during his testimony before the House Committee on Foreign Affairs in 2007:

The present ruling oligarchy came to power in Russia accidentally. Were it not for the fact that the Yeltsin leadership was totally corrupt and seized by fear of a grand settling of accounts in 1999, it is highly unlikely that someone like Putin, the head of the secret service with no previous political experience, could have become Yeltsin’s successor. With Yeltsin and his family facing possible criminal prosecution, however, a plan was put into motion to put in place a successor who would guarantee that Yeltsin and his family would be safe from prosecution and the criminal division of property in the country would not be subject to reexamination.

For “Operation Successor” to succeed, however, it was necessary to have a massive provocation. In my view, this provocation was the bombing in September, 1999 of the apartment building bombings in Moscow, Buinaksk, and Volgodonsk. In the aftermath of these attacks, which claimed 300 lives, a new war was launched against Chechnya. Putin, the newly appointed prime minister who was put in charge of that war, achieved overnight popularity. Yeltsin resigned early. Putin was elected president and his first act was to guarantee Yeltsin immunity from prosecution. In the meantime, all talk of reexamining the results of privatization was forgotten.

If true—and I have no reason to believe otherwise—Putin and his cronies were totally chill about indiscriminately exterminating 300 of their own people, and wounding a thousand more, to secure power. The subsequent spate of Russian journalists, suspected double agents, doctors, and dissidents falling out of high windows, or drinking polonium tea, does little to counter Satter’s argument.

Putin is a psychopath. And his ultimate objective, as explained at PREVAIL by Moscow Never Sleeps, has not changed in 21 years: to weaken the West and restore Russia to its former imperial glory.

He’s been described as “a real-life Keyser Söze.” Despite being active for decades, there are only a handful of pictures of him. He neither looks nor sounds like the capo di tutti i capi of the most powerful crime syndicate that ever existed—“the most dangerous mobster in the world,” as the FBI once called him—or an elite intelligence operative.

But then, neither did Söze. As Verbal Kint says in The Usual Suspects, “The greatest trick the Devil ever pulled was convincing the world he didn’t exist.”

At five-six and 300 pounds, he may look like the proprietor of some greasy New Jersey diner, the guy who rings up your cheeseburger deluxe, but Semion Mogilevich really does exist, and really does wield considerable power in the intersecting worlds of organized crime and intelligence.

His tentacles extend everywhere, and his nickname—The Brainy Don—is well deserved (and not, as he claims in the one major interview of him that exists, because he has a ginormous head). An FBI report had this to say about his criminal enterprise, back in 1996:

Since then, his operation has only grown larger and more audacious. What “Seva” Mogilevich does, better than perhaps anyone who ever lived, is move around things that aren’t meant to be moved around: narcotics from Southeast Asia, arms to Iran, sex slaves from Eastern Europe, diamonds from Africa, nukes to God knows where—and money, vast sums of money, from Point A to Point B. Meyer Lansky may have written the book on money laundering, but it was Semion Mogilevich who turned it into a blockbuster motion picture.

As with Keyser Söze, a mythology has sprung up around him. The curious reluctance of the mainstream media to mention his name only contributes to that mythology. Here is the full quote from the movie, delivered by Kint:

Nobody ever believed he was real. Nobody ever knew him or saw anybody that ever worked directly for him, but to hear Kobayashi tell it, anybody could have worked for Söze. You never knew. That was his power. The greatest trick the Devil ever pulled was convincing the world he didn’t exist.

And that’s where the comparison breaks down. “Seva” Mogilevich is not some Hollywood antihero. Nobody disputes that he was born in Ukraine, that he is of Jewish descent, that he studied economics at Lvov and lived for years in Budapest, that he now resides freely in Moscow, with the blessing of Vladimir Putin, the ex-FSB officer he helped install. Lots of people know him, lots of people have worked directly for or with him.

There are plenty of reports covering the activities of his criminal organization. Two important crimefighters—Bob Levinson of the FBI and the CIA, and Alexander Litvinenko, of the FSB’s organized crime unit—sacrificed their lives to expose Mogilevich as 1) the boss of bosses of the most powerful crime syndicate in the world, and 2) the supervillain who helped turn Russia into a mafia state.

If we bother to look, we see that the Brainy Don has left his pudgy fingerprints all over the place. As the world’s pre-eminent trafficker, the alleged head of the Russian mob, and a top-shelf intelligence operative besides, he is perhaps the ultimate Man in the Middle. He said so himself, to the BBC: “We acted as middlemen. We acted as middlemen.”

The Russian ex-con Yevgeniy Viktorovich Prigozhin is known as “Putin’s Chef” or “Putin’s Cook,” because he amassed his billions catering for Putin and his inner circle. He’s also called that because, unlike most people in that inner circle, he does not have an official government job. There’s no other title to use.  Read more…