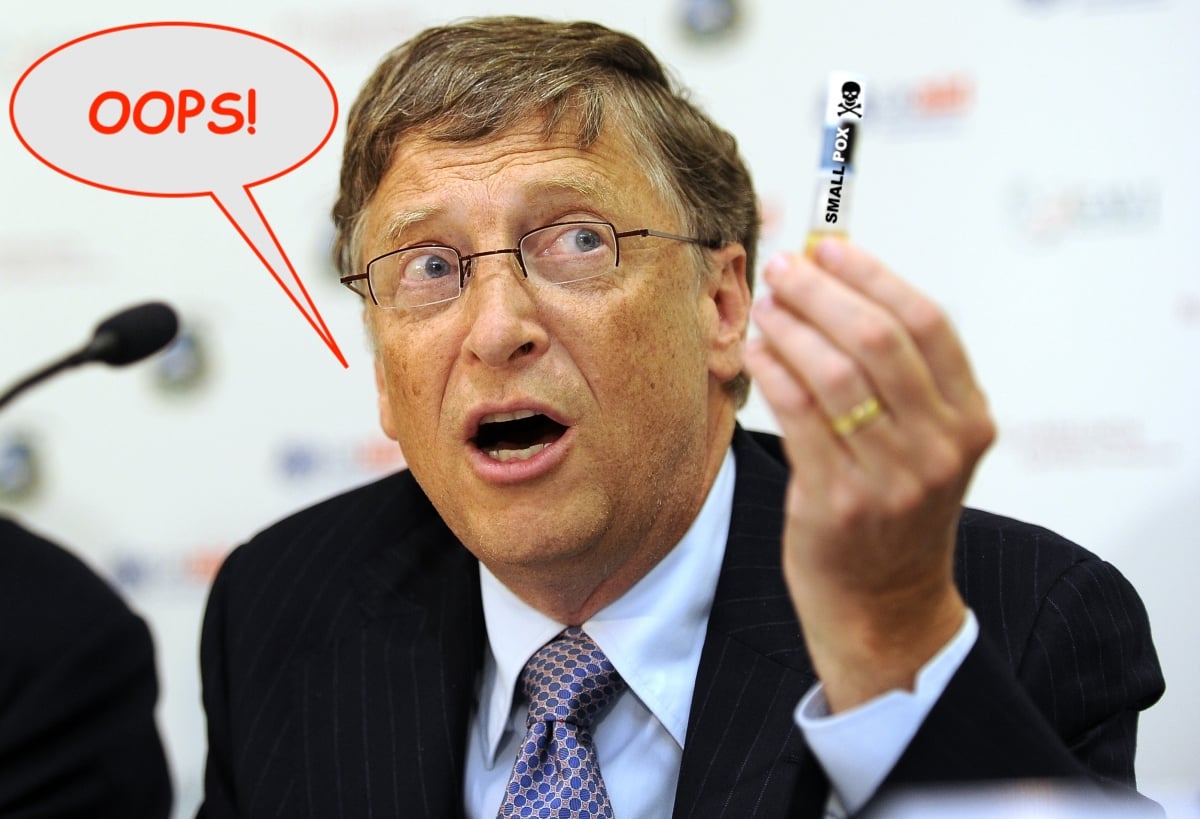 Emerging disease magnate Bill Gates has issued a heartfelt apology for keeping a vial of smallpox virus in his refrigerator. At a press conference held at the spaceport on the roof of his 300-acre Seattle mansion, Gates explained that he simply likes to collect things, especially rare and dangerous diseases, and that he never intended to uncork the vial and unleash the scourge—at least not unless his bioweapon/vaccine depopulation efforts fail.

The smallpox vial was discovered by one of Gates’ maids while she was cleaning the filthy, mold-encrusted refrigerator. A tearful Gates, trying his best to sob exactly like Kyle Rittenhouse, explained: “After Melinda found out about my escapades with Jeffrey Epstein and left me, I stopped using the refrigerator, which is why everything in there got so moldy and disgusting. Honestly, I never intended to have Consuela clean it! She just got fed up with the smell and took it on herself. When she found the smallpox she called the CDC, and the next thing you know their SWAT team was busting into my kitchen! It was every billionaire exotic disease collector’s worst nightmare.”

Gates denied conspiracy theorists’ claims that he intended to smear the smallpox on blankets for distribution in Africa. “Africans don’t even use blankets! It’s way too hot! And besides, I already gave them AIDS, Ebola, and some other classified stuff that I can’t talk about.”

As for what became of Gates’ smallpox vial, an anonymous CDC source claims it is now tucked away safely in the back of Anthony Fauci’s refrigerator.