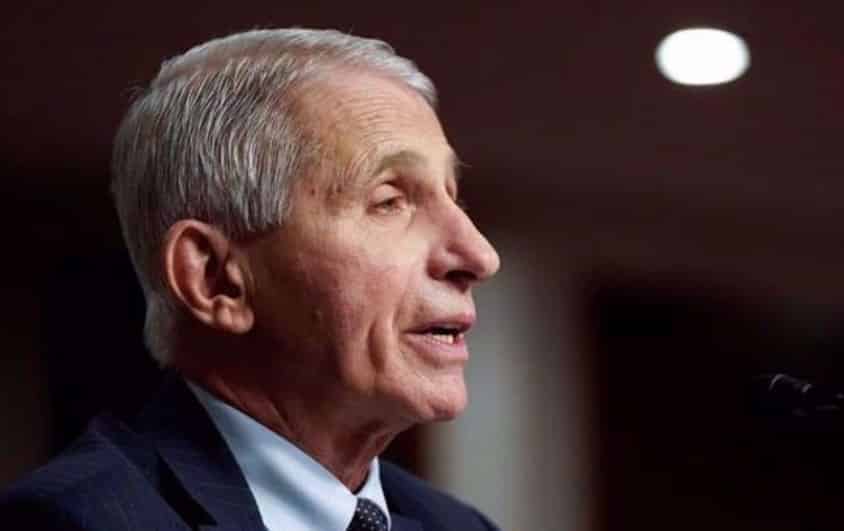 Press TV: Top US infectious disease official Dr. Anthony Fauci said on Friday that a ban on flights from southern Africa was a possibility and the United States was rushing to gather data on the new COVID-19 variant.

No decision to halt flights had yet been made, he said.

Global authorities have reacted with alarm to the new variant, detected in South Africa, with the European Union and Britain among those tightening border controls as scientists seek to find out if the mutation was vaccine-resistant.

The World Health Organization (WHO), however, has cautioned against hasty measures and South Africa said a British ban on flights seemed rushed.

“There is always the possibility of doing what the UK has done, namely block travel from South Africa and related countries,” Fauci said in an interview on CNN.

“That’s certainly something you think about and get prepared to do. You’re prepared to do everything you need to protect the American public. But you want to make sure there’s a basis for doing that,” he said.

“Obviously as soon as we find out more information we’ll make a decision as quickly as we possibly can.”

Fauci said US scientists would speak with South African counterparts on Friday about the new variant, called B.1.1.529, which has raised concern about its transmissibility and whether it might evade immune responses.

He added that there was no indication that the new variant was already in the United States.

Global authorities reacted with alarm on Friday to the new coronavirus variant, with the EU and Britain among those tightening border controls as researchers sought to find out if the mutation was vaccine-resistant.

Hours after Britain banned flights from South Africa and neighboring countries and asked travelers returning from there to quarantine, the WHO cautioned against hasty measures.

The WHO said it would take weeks to determine how effective vaccines were against the variant, which was first identified this week, but the news pummeled global stocks and oil amid fears what new bans would do to the global travel industry and already shaky economies across southern Africa.

The variant has a spike protein that is dramatically different to the one in the original coronavirus that vaccines are based on, the UK Health Security Agency said, raising fears about how current vaccines will fare.

“As scientists have described, (this is) the most significant variant they’ve encountered to date,” British Transport Secretary Grant Shapps told Sky News.

In Geneva the WHO – whose experts on Friday discussed the risks that the variant, called B.1.1.529, presents – warned against travel curbs for now.

“At this point, implementing travel measures is being cautioned against,” WHO spokesperson Christian Lindmeier told a UN briefing. “The WHO recommends that countries continue to apply a risk-based and scientific approach when implementing (curbs).”

It would take several weeks to determine the variant’s transmissibility and the effectiveness of vaccines against it, Lindmeier said, noting that 100 sequences of it had been reported so far.

British health minister Sajid Javid said the sequence of the variant was first uploaded by Hong Kong from someone traveling from South Africa.

“Further cases have been identified in South Africa and in Botswana, and it is highly likely that it has now spread to other countries,” Javid told lawmakers.

Israel imposed a travel ban covering most of Africa as Prime Minister Naftali Bennett said a few cases had been reported there.

Israel’s Ynet news website said that, according to the Health Ministry, one of those individuals had received a third shot, or booster, of the Pfizer-BioNTech COVID-19 vaccine two months ago. A Health Ministry spokesperson could not confirm the report.

“We are currently on the verge of a state of emergency,” Bennett said in a statement from his office. read more

“Our main principle is to act fast, strong and now.”

Too late for travel curbs?

One epidemiologist in Hong Kong said it may be too late to tighten travel curbs.

“Most likely this virus is already in other places. And so if we shut the door now, it’s going to be probably too late,” said Ben Cowling of the University of Hong Kong.

South Africa will speak to British authorities to try to get them to reconsider their ban, the foreign ministry in Pretoria said.

Richard Lessells, a South Africa-based infectious disease expert involved in detecting variants, also expressed frustration at travel bans, saying the focus should be on getting more people vaccinated in places that have struggled to access sufficient shots.

“This is why we talked about the risk of vaccine apartheid. This virus can evolve in the absence of adequate levels of vaccination,” he told Reuters.

In South Africa, about 35% of adults are fully vaccinated, higher than in most other African nations but around half average levels in developed countries.

European states had already been expanding booster vaccinations and tightening curbs as the continent battles a fourth COVID-19 wave, led by the Delta variant that current vaccines are effective against, with many reporting record daily rises in cases.

The discovery of the new variant comes as Europe and the United States enter winter, with more people gathering indoors in the run-up to Christmas, providing a breeding ground for infection.

Italy imposed an entry ban on people who have visited southern African states in the last 14 days, while France suspended flights from southern Africa and Bahrain and Croatia will ban arrivals from some countries.

India issued an advisory to all states to test and screen international travelers from South Africa and other “at risk” countries, while Japan tightened border controls.

The coronavirus has swept the world in the two years since it was first identified in central China, infecting almost 260 million people and killing 5.4 million.