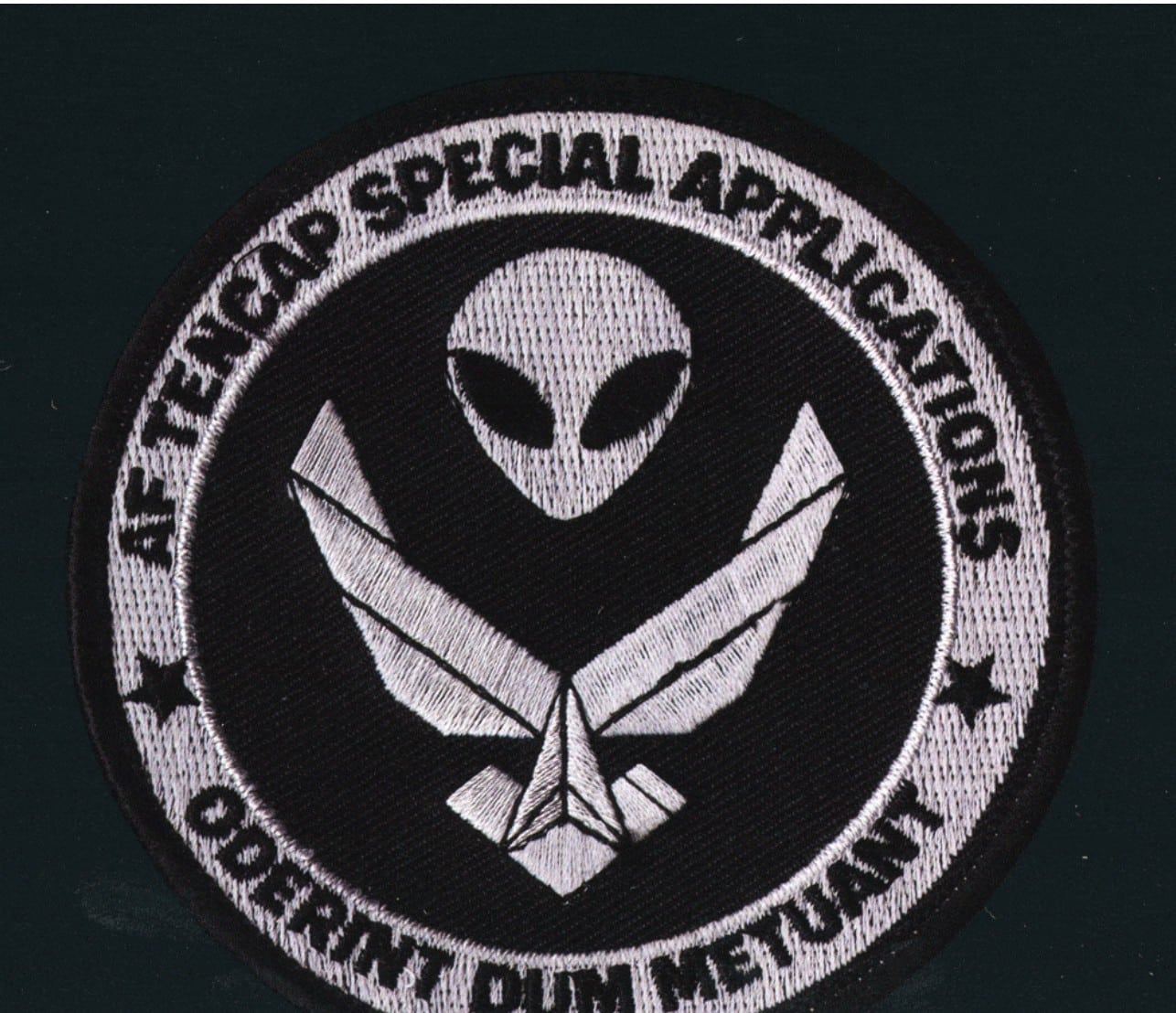 Editor’s note: Peter Gariaev wrote about the quantum qualities of genomes in 1997. So much information is rationed and only shared with post-baccalaureate graduates, or you have to apprentice with a good mentor.

Years ago Buckminster Fuller (fullerenes are named after him) wrote about Spaceship Earth.

Buckminster Fuller coined the phrase “Spaceship Earth” to describe our planet. He felt that all human beings were passengers on Spaceship Earth, and, like the crew of a large ship, people had to work together in order to keep the planet functioning properly. In his 1983 book, Grunch of Giants, Bucky wrote,

“I do know that technologically humanity now has the opportunity, for the first time in its history, to operate our planet in such a manner as to support and accommodate all humanity at a substantially more advanced standard of living than any humans have ever experienced.” [Ref. Stanford University Exhibits, What is Spaceship Earth? ]

And yet, Fuller’s optimistic future rolled out only for a select few. The promise of an equitable future for all mankind has been withdrawn from us by unknown actors. That much is obvious.

Fuller was right on target in that the old models from the last century are quickly being superseded by new models in every field and profession, and we see the twilight of traditional norms of behavior and interaction as they are replaced by something new.

I speculate that humanity has produced too many amoral Lex Luthers. And now to respond to their tinkering with technology, we have no choice but to adapt. To save as many productive individuals as possible, some parts of the inoculations were likely developed years ago, waiting for deployment when needed. That time is now.

Many will choose to not be inoculated. I don’t agree with them but earnestly hope, perhaps in vain, that they have chosen well.

Any of your progeny who wants to travel to other planets, such as Mars, will be vaccinated with mRNA vaccines, as stated in the video below. The military will insist on it. A long legacy of such precautions dates back to George Washington having his troops inoculated, and for good reason. Most of our ancestors were vaccinated, and they didn’t whine about it.

It’s critical to the future of the US and the world that political conservatives wean themselves off of the propaganda and payola of the foreign alternative press who are not loyal to America… Erica P. Wissinger

First published on 23 May 2021 on VT, with the title, Martian Pioneers, Quantum universe, Holographic Memory of Genomes

When it comes to the space age, we have adventurers laying plans and outlining specifications to terraform our solar system for human expansion and development.

One of the things our Virtual Age allows us to do that is essential is print shelters for people to live on the Martian surface by using 3D printers.

At the 12:32 minute mark, vaccinations are mentioned in the video below, “The first 10,000 Days on Mars.” Apparently, they are an integral part of mankind’s future in the solar system.

The video explains aspects of the Martian Colony, such as,

The scientific military project managers have aligned all of their desired components for humanity on a critical path sprinkled with milestones.

They probably have some ability to alter us through DNA tinkering, but it will still be mind over matter, and they probably are aware of it, but they aren’t going to share any loophole information. Therefore, it might be good to become familiar with the quantum nature of your own DNA.

The following is excerpted from a 1997 publication. TPTB only have the obligation to announce discoveries, not educate about them.

Biology, including genetics and embryology, has already come to a turning point in its development, which is similar to the period when physics first admitted the idea that the properties of waves and particles didn’t contradict each other and were even complementary in quantum objects.

A huge number of facts and scientific research outcomes available in modern molecular biology, genetics, and embryology, can’t be understood without such a definition as physical fields, for instance, or without the application of quantum electrodynamics principles.

The idea of lingual attributes of higher biosystems’ genome is a kind of humanitarian counterweight to an apparently excessive physical interpretation of basic Life function phenomena. The pace at which this idea is gaining acceptance by society is rather slow – in fact, furious resistance has been encountered from certain circles.

The current situation is easy to explain: the subject of Life is too complicated. Nevertheless, the time has come…

We are coming to the conclusion that human speech structures, which provide the major information influx for mankind, possess fractally-scaled super genetic properties.

The evolution of society is similar to an organism’s morphogenesis. Books, libraries, movies, computer memory, and people’s live speech, in the end, are the functional analogs of a cell chromosomal apparatus. The aim of these chromosomes is to control the creation of social space (houses, roads, oil- and gas pipelines, telephony, the Internet) and to arrange functional and structural relationships among the people inside it. 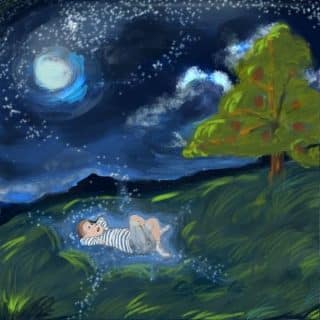 A new building block of matter can model both the largest and smallest of things – from stars to light. (Credit: Christopher Terrell, CC BY-ND) Source: Phys Org, December 10, 2020.

Chromosomal sign properties, which have a lot in common with organisms, have a substance-wave nature. For instance, a movie showing an ideal model of a social structure and people’s relations within its frames is a substantial (material) formation (videotapes). However, it uses a mental-wave method to input information (light, sound, speech, idea, image). That’s the method chromosomes apply.

Therefore, people ought to carefully study the operational principles of their own genetic apparatus and the “tricks” HIVs play to “mislead” our chromosomes. This kind of study is especially crucial today when Russia, and not only Russia, could face a demographic and social collapse within the next 5 to 10 years. [Ref.: rexresearch.com/gajarev/gajarev.htm ]

The fifth level is a chromosomal-holographic level. A genome possesses a holographic memory, which in nature is a typically-distributed (non-local) associative memory. At this and the next level non-locality obtains a new feature – a dualistic substance-wave character, since electromagnetic and/or acoustic fields, bringing out gene-wave information outside chromosomal material, “read” holograms as a substance.

A physical field (or fields), marking the organism’s perspective space (calibration), comes on the scene. The brain cortex holographic memory, establishing mental, semantic, and image spaces calibrating potential actions of higher biosystems, is likely to belong to this category. In this way, social and genetic processes are alike.

The sixth level is a genome quantum non-locality. At the levels of up to 6th, genetic information non-locality is realized in an organism’s space.

The 6th level is of a special nature since it acquires a new quality. It’s manifested within the frames of one of the quantum non-locality forms, namely, in the permissive form we postulate in the current paper.

In this case, non-locality is realized both by biosystem space and by its own, shrinkable to zero, time.

Gene-wave programs, instantly spreading in such a way, simultaneously operate in an organism “here and there” and therefore, the semantic construction “now and then” loses its meaning. And this is a strategic factor and a vital evolutionary achievement of multicellular biosystems.

Even if we assume that sign electromagnetic fields are involved in an intercellular transfer process occurring with the speed of light (this assumption is quite reasonable), it’s not enough. A quantum non-locality mechanism, applicable to the genetic apparatus and which can act as an instantly-distributed quantum (wave) object isomorphous with substantial chromosomes, is required.

The University of Louisville, Department of Physics

In quantum mechanics, particles don’t have defined positions in space but their position is instead defined by a diffuse wave function.

This positional fuzziness (an aspect of Heisenberg’s famous uncertainty principle) allows the edges of particle waves to leak through classical barriers, a process known as quantum tunneling.

Tunneling is involved in phenomena such as nuclear decay and is also responsible for the sun shining (and thereby life on Earth). Considered classically, solar protons (hydrogen nuclei) have insufficient energy to penetrate their mutual electric repulsion barrier in order to fuse and generate a deuterium nucleus (the first step in the fusion process that powers the sun.

However, in quantum mechanics, the proton’s positional fuzziness, its wave function, can leak through the barrier via quantum tunneling to initiate the nuclear fusion reaction.

Quantum objects, such as electrons and protons can penetrate through classically impenetrable barriers. [Ref.]

Are we aware of any galactic civilizations (Type 1, 2, or 3) that empower the individual to be sovereign over their own existence?

P.S. Thanks to VT’s commenters for their insights. It is appreciated.