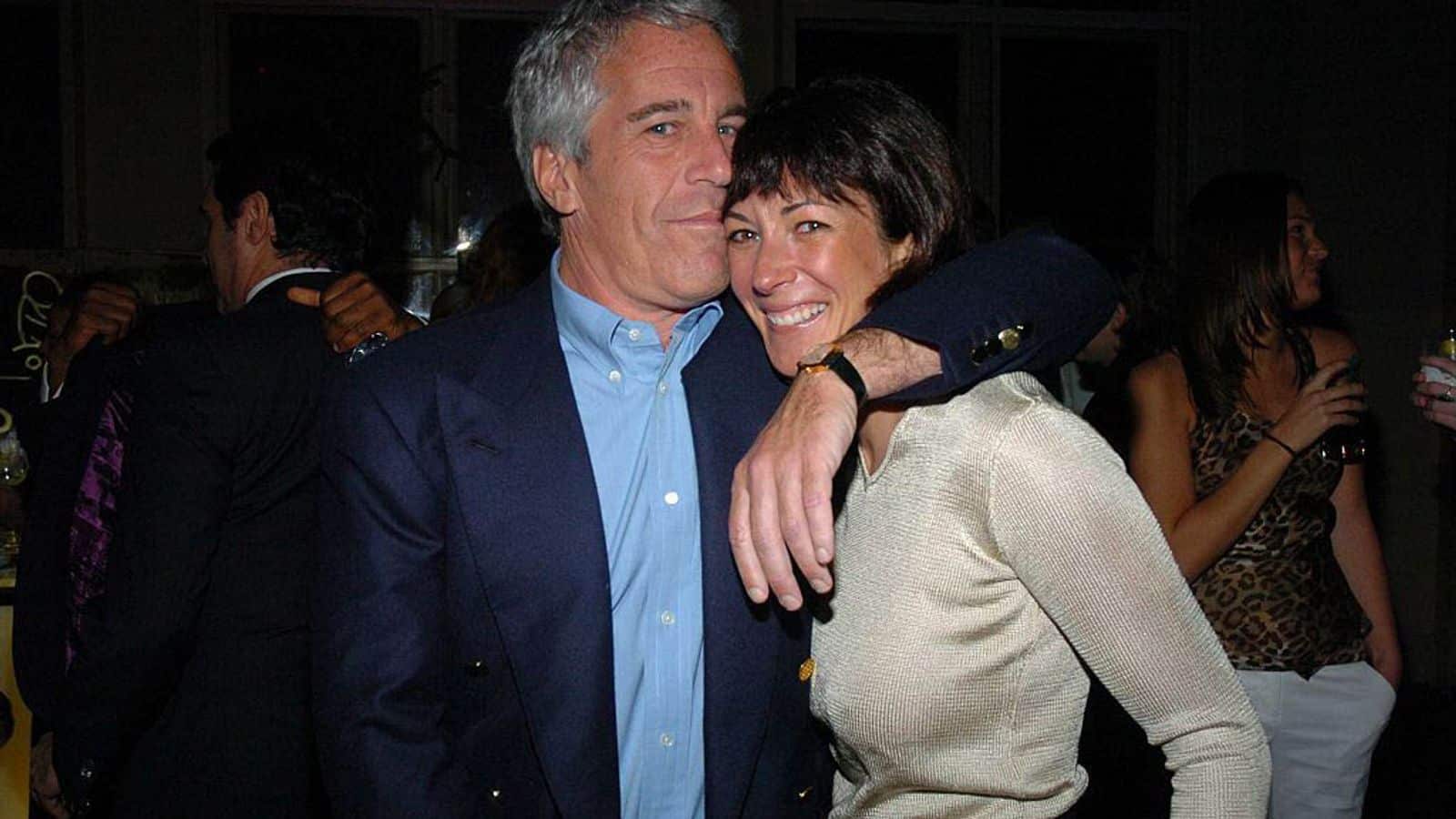 JEA: Ghislaine Maxwell, the British socialite who [allegedly] recruited underage girls for Jeffrey Epstein and oligarchs like Prince Andrew, is finally being put on trial. We simply cannot wait to see what the outcome of that trial will be. Philip Giraldi’s assessment here is interesting.

Jeffrey Epstein procurer Ghislaine Maxwell is finally in court going through the juror selection process and opening arguments after a 17 month stay at the Metropolitan Detention Center in Brooklyn. Given Epstein’s somewhat suspicious departure from this earth in what may have been a murder rather than a suicide, Maxwell has been jailed under a somewhat more intrusive regime, with constant surveillance and only limited ability to do anything but sit on her concrete bunk and contemplate her future.

Maxwell has complained frequently about her isolation, abuse by jailers and the terrible food. She was undoubtedly correct about the food. Her offer of as much as $28 million in bail money in return for her freedom while awaiting trial was turned down by the judge who observed that Maxwell had more than fifteen separate bank or investment accounts as well as multiple passports. She suggested that Ghislaine might have much more money and other assets squirreled away outside the United States, making her a flight risk, presumably to flee to Israel which has no extradition agreement with the US.

There is significant back story to consider when examining the Ghislaine Maxwell/Jeffrey Epstein saga. The suspicion that Epstein was working for Israel’s external intelligence agency Mossad or for its military intelligence counterpart is based on considerable evidence and that he was being “protected” has also seemingly been confirmed through both Israeli and American sources.

Indeed, there already exists some evidence that Epstein was granted unusual leniency when he was convicted in Florida of sex crimes in 2008 involving 19 underage girls and received a sentence that was little more than a slap on the wrist. After the fact, the US Attorney for Miami Alexander Acosta, who was involved in the case, reported that the arrest and sentencing were above his pay grade, that he had been told that Epstein “’belonged to intelligence’, and to leave it alone” a comment that apparently was never been pursued by investigators.

Also, a recent book Epstein: Dead Men Tell No Tales written by Ari Ben-Menashe the former Israeli intelligence officer who actually claims to have run the Epstein operation, described inter alia how Epstein was blackmailing prominent politicians on behalf of Israeli intelligence. Epstein had been working directly for the Israeli government since the 1980’s and his operation, which was funded by Israel and also by prominent American Jews, was a classic “honey-trap” which used underage girls as bait to attract well-known politicians from around the world, a list that included Prince Andrew and Bill Clinton. Clinton reportedly flew at least 26 times on Epstein’s private 727 the “Lolita Express” to a mansion estate in Florida as well as to a private island owned by Epstein in the Caribbean. The island was referred to by locals as the “Pedophile Island.” The politicians would be photographed and video recorded when they were in bed with the girls. Afterwards, they would be approached and asked to do favors for Israel.

Ghislaine Maxwell is in fact the daughter of top Israeli spy Robert Maxwell, who received a state funeral in Israel after his mysterious death in 1991 which was attended by the prime minister as well as by all the former and serving heads of that country’s intelligence services. Ghislaine is presumed to have been an active participant in the Epstein operation acting as a procurer of young girls and on at least one occasion has hinted that she knows where the sex films made by Epstein are hidden. She also has claimed that the tapes featured both Bill Clinton and Donald Trump.

It doesn’t take much to pull what is already known together and ask the question “Who among the celebrities and top-level politicians that Epstein cultivated were actually Israeli spies?” And, of course, there is a subplot. Assuming that Epstein was in fact involved in recruiting and/or running high level American agents in an “influence operation” that may have involved blackmail it is plausible to come to the conclusion that he was killed in prison and that the suicide story was just a convenient cover-up. The Epstein case remains technically “open” and under investigation though it doesn’t seem that anything is actually happening, the sure sign that someone powerful in the Establishment is making certain that nothing incriminating surfaces. That is sometimes referred to as a government cover-up.

So, given all the drama and possibilities, one might plausibly ask why the media coverage of Maxwell, for all its allure of deviant sex combined with possible espionage, so much less in the media spotlight than were the recent Rittenhouse and Arbery trials? And even less than the ongoing trial of Elizabeth Holmes. Well, the answer is actually quite simple, even ignoring the liberal media’s desire to inflame racial passions whenever possible. We are in an era of government control of information and are witnessing selective management of what Maxwell is being charged with to eliminate any possible damage to senior US politicians or to Israel.

Television courtroom dramas notwithstanding, the fact is that people are only tried in court once they have been charged in advance with specific crimes. And the crimes they are charged with depend on what emerges from the police and other law enforcement investigation. The result then goes to a frequently politically biased district attorney who, if he agrees there is a case, then passes the case on to an elected or politically appointed judge for trial. That means in practice that trials by jury go through a winnowing process before they reach the courtroom and what comes out at the end is often only what the criminal justice system regards as “winnable” or desirable in terms of prevailing political viewpoints.

Or to put it another way apropos of Maxwell and Epstein, in spite of considerable evidence suggesting espionage, there is absolutely no suggestion that either the New York City police or the Federal Bureau of Investigation ever seriously interrogated either party on their relationships with Israel and with Israeli intelligence. Nor is there any indication that “celebrities” who might have been targeted like Bill Clinton were ever even questioned. That is no coincidence, as Israel almost always avoids any scrutiny.

Indeed, Israel, in spite of its demonstrated and well-documented history of massive spying in the United States is unlikely ever to be confronted in a court of law because there is a bipartisan consensus that such an embarrassment to the world’s greatest friendship between Jerusalem and Washington should never be subjected to any serious examination. That is why Maxwell has only been charged with helping the convicted sexual predator Epstein traffic and sexually abuse four women, three of whom were underage, as well as lying in a civil suit. She has denied the charges and is heavily lawyered-up to make her defense which will likely involve debunking the nature and closeness of her relationship with Epstein. A suitable plea bargain after a few weeks of court room jousting is a likely outcome.

Maxwell’s eight count indictment was issued on March 29th. If her defense fails to convince and she is convicted on all the charges, which relate to sex trafficking and sex trafficking conspiracy, Maxwell could receive as much as an 80-year prison sentence. Epstein likewise was only arrested and charged with sex trafficking and abuse of minors when he died while awaiting trial, not with being involved with a foreign country in engaging in espionage directed against the United States as well as other nations.

There are, by the way, laws against such activity, including the Espionage Act of 1918 and the Foreign Agents Registration Act (FARA) of 1938, the latter of which has recently been enforced against Russian media outlets. If anyone expects the espionage angle to surface even implicitly during the Maxwell trial, they will be terribly disappointed because Alison Nathan, the Obama appointed j udge of the United States District Court for the Southern District of New York and, appropriately enough, a Lesbian, will not allow it, the prosecutor will not seek it, and the defense attorneys will not use it in their arguments.

So do not expect anything dramatic to happen in the New York courtroom. One has to suspect that a tale of Mossad running a major spy ring in the US using a pedophile and young girls might just be too much for some folks in power to tolerate and they have made sure that that aspect of the story will never see the light of day. That is the real story that is being conveniently covered-up. Israel yet again spies and Washington denies.