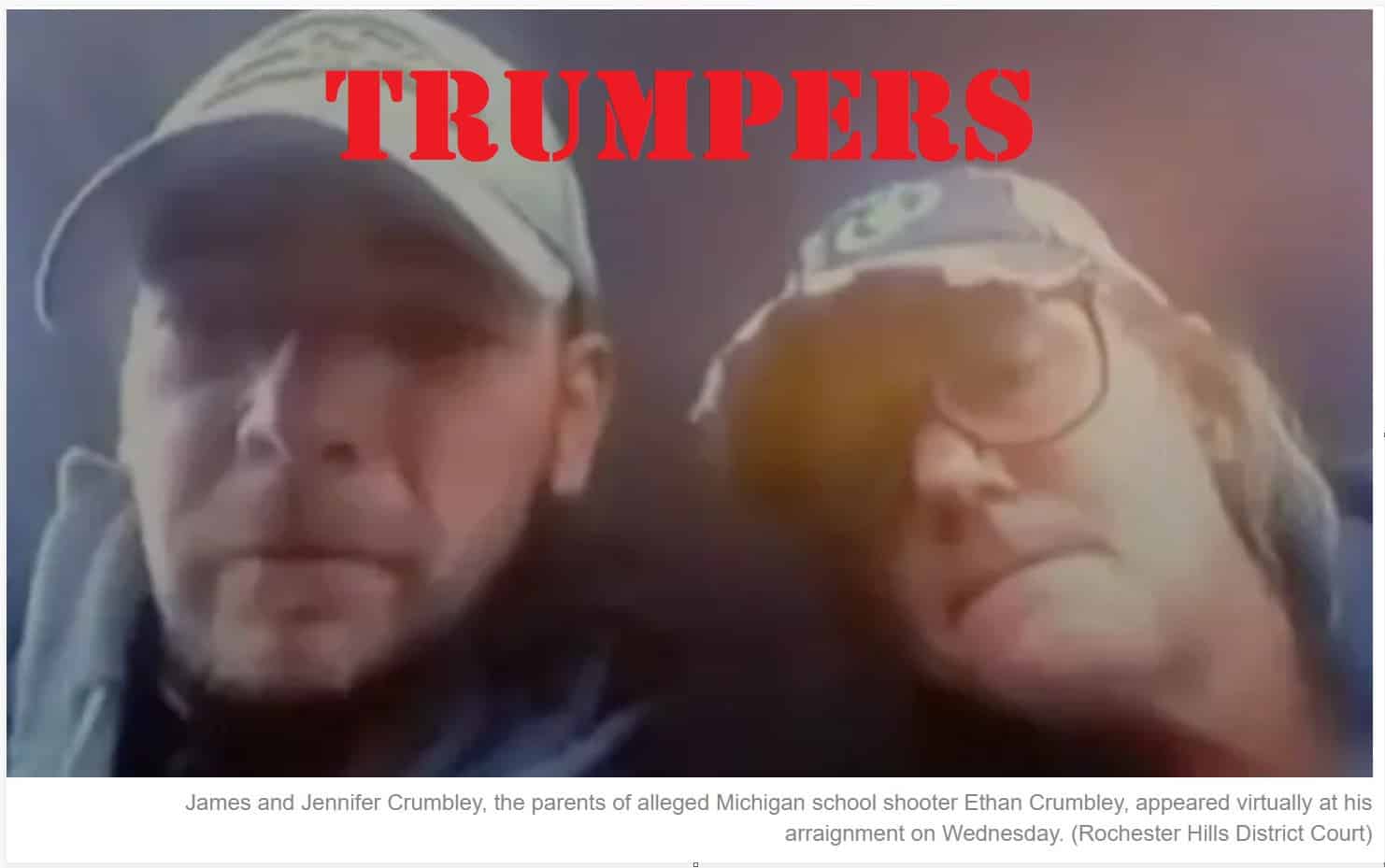 Her letter was signed, “A hard working Middle Class Law Abiding Citizen who is sick of getting fucked in the ass and would rather be grabbed by the pussy.”

The mother of Michigan school shooting suspect Ethan Crumbley — 43-year-old Jennifer Crumbley — penned an open letter to then-president-elect Donald Trump in 2016, thanking him for “allowing my right to bear arms.”

She signed it, “A hard working Middle Class Law Abiding Citizen who is sick of getting fucked in the ass and would rather be grabbed by the pussy.” pic.twitter.com/KBoqMLxvNh

The Daily Beast reported Wednesday that Oakland County prosecutor Karen McDonald said her office is considering whether to criminally charge the 15-year-old’s parents, who have declined to speak with investigators.

Ethan Crumbley is accused of killing four students and injuring seven others, including a teacher, at Michigan’s Oxford High School on Tuesday. After the shooting, Crunbley surrendered and handed over a semi-automatic handgun purchased by his father on Black Friday.

In November 2016, Jennifer Crumbley posted her open letter to Trump on her blog, the Daily Beast reported. Her husband, James Crumbley, wrote above a link to his wife’s open letter on Facebook, “My wife can be spot on. Sometimes.

“You made the famous ‘grab them in the pussy’ comment, did it offend me? No,” she wrote to Trump. “I say things all the time that people take the wrong way, do I mean them, not always. Do I agree that you should of [sic] shown your tax returns? No. I don’t care what you do or maybe don’t pay in taxes, I think those are personal and if the Gov’t can lock someone up over $10,000 of unpaid taxes and you slipped on by, then that shows the corruption.””

I hope they give Ethan Crumbley the death penalty & send both of his parents to prison for the rest of their lives. Make them watch their son die too & invite the parents of his victims to watch as well.

According to the Daily Beast, Jennifer Crumbley went on to tell Trump that she hoped he would “really uncover the politicians for what I believe they really are.”

“She was in favor of Trump’s long-promised border wall, and noted that she was ‘not racist’ because her grandfather ‘came straight off the boat in Italy,'” the site reported.  Read more..