[ Editor’s Note: Why did it take so long for the Georgia election workers to file a suit? And second, why is there not a class action suit by all of them statewide for all the false claims made against them by the whole Trump grifter machine?

Yes I know that Sidney Powell, Lin Wood, and Rudy are buried under in election litigation, but the number of US election workers is huge, and we have seen no collective defense of them as a group when they have endured more death threats than any other group from the 2020 elections.

I fear that US law enforcement is so over stretched at this point that it is not looking to take on any more meat and potatos issues. But the situation requires a coordination of state law enforcement and federal level efforts to pool their resources to defend against the ongoing 2020 coup, and a 2022 one in the making.

Yours truly has long thought that our Congressional structure is antiquated to the level of being a national security risk in itself. The members love high profile investigations for the intense free publicity that they all seek with a passion.

But that cuts deeply into the time and mental resources they then have available to legislate and run the country. Congress badly needs an entirely new investigative branch staff with professional prosecutors and attorneys so our Congressman are not moonlighting as such.

We end up with endless corners being cut, and things like the current fiasco of pushing the nation debt refunding issue down the road for 60 days at a time, just one of a long list of the peoples’ work that does not get done because the time is sucked up in a myriad of other distractions… Jim W. Dean ] 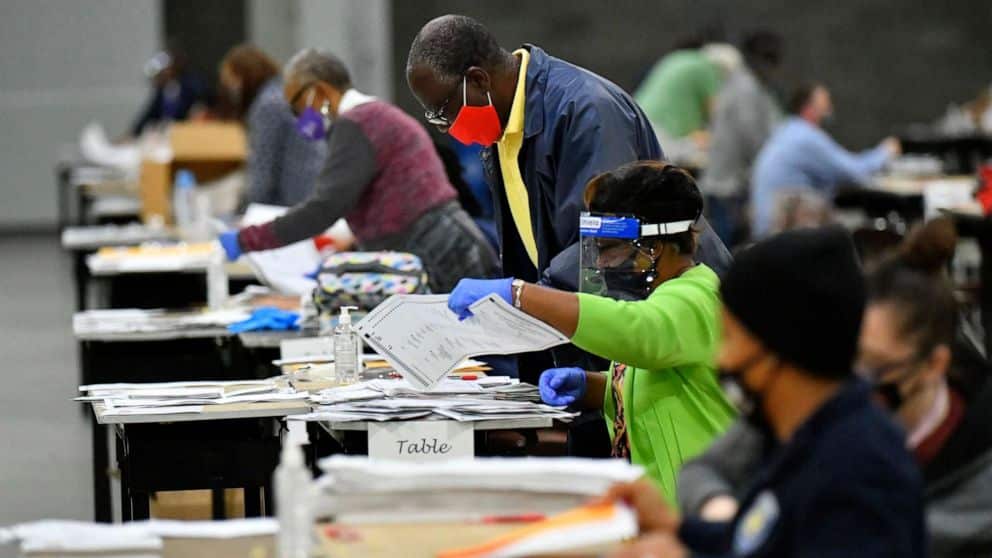 Two Georgia election workers who were the targets of a right-wing campaign that falsely claimed they manipulated ballots filed a defamation lawsuit on Thursday against one of the nation’s leading sources of pro-Trump misinformation.

The suit against the right-wing conspiratorial website The Gateway Pundit was filed by Ruby Freeman and her daughter, Shaye Moss, both of whom processed ballots in Atlanta during the 2020 election for the Fulton County elections board.

It follows a series of defamation claims filed by elections equipment operators against conservative television operators such as Fox News, Newsmax and One America News.

The lawsuit from Ms. Freeman and Ms. Moss is among the first to be filed by individual election workers who found themselves unwittingly dragged into the alternate universe of far-right media that claimed, and still does, that Donald J. Trump won last year’s presidential election.

“I want the defendants to know that my daughter and I are real people who deserve justice, and I never want them to do this to anyone else,” Ms. Freeman said in a statement.