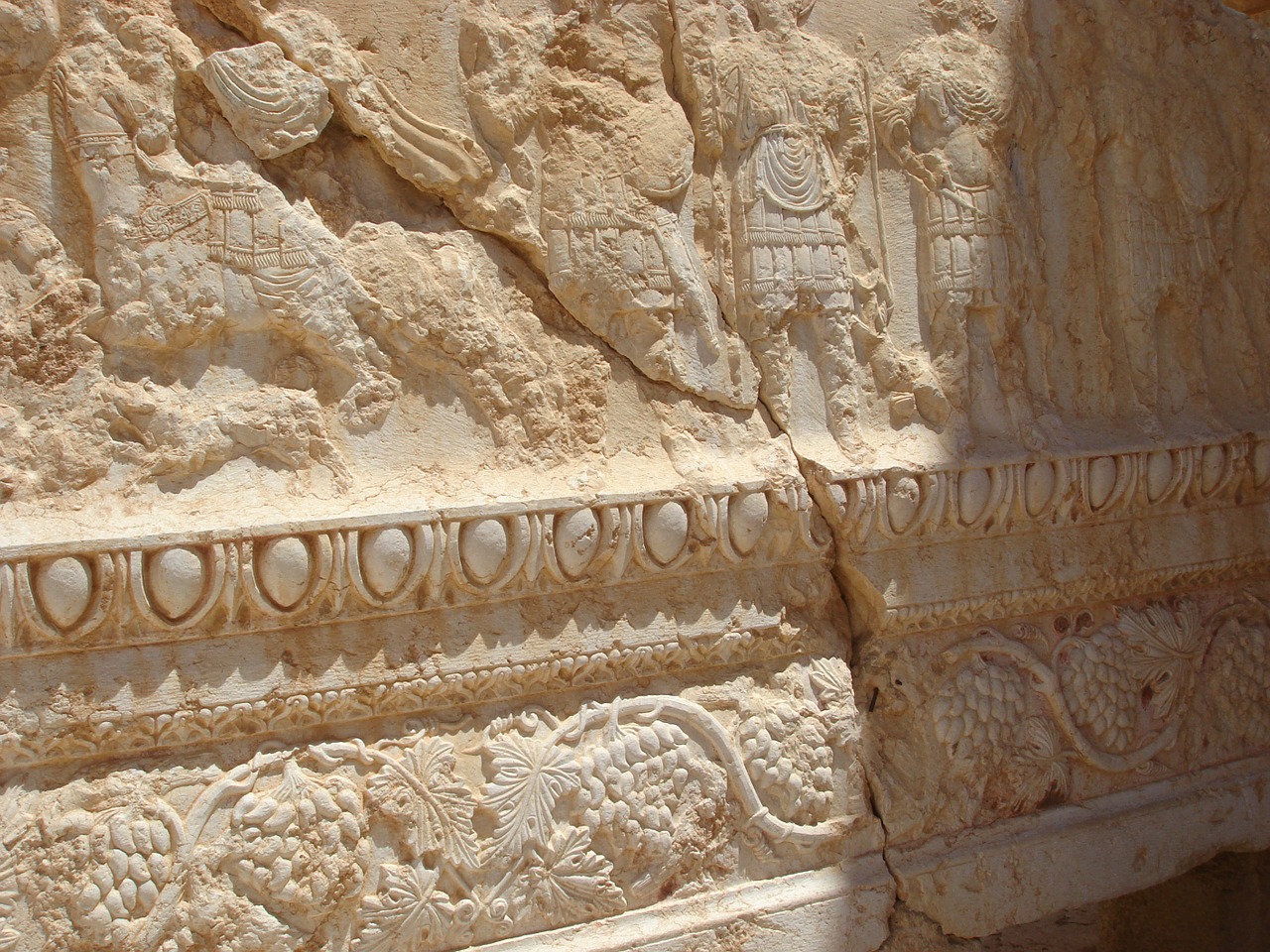 …by Valery Kulikov, with New Eastern Outlook, Moscow, and the Institute of Oriental Studies of the Russian Academy of Sciences, a research institution for the study of the countries and cultures of Asia and North Africa.

[ Editor’s note: While Biden was willing to suffer the expected criticism to end the Afghan war, which Trump had already agreed to do but Biden beat him to it, his reward from Trump was the charge of ‘losing Afghanistan.’ It is a different story when it comes to Syria.

We now see Biden is ‘deer in headlights’ on Syria. Instead of grabbing the opportunity to wrap up another costly, useless and cruel war, he seems hell bent with trying to be the President that keeps his boot on the necks of the impoverished Syrian people.

Surprisingly, he is doing this while other regional countries are engaging with Syria on their own, including some US allies. Absent is Israel of course, who feels naked without having some standing threat countries to justify the unilateral attacks it makes on neighbors, an idea that Mr. Erdogan has taken up to demonstrate his warrior credentials.

Sadly, US troops are having their honor stained in being ordered to support proxy terrorist units with the goal of wearing down the Syrian Army, which the US hopes will lead to a coup. But Assad is still widely supported by his people because they know they would already be a Balkanized country without his leadership and the Russian intervention.

The latter are viewed like US troops were in the WWII liberation of Europe. We have fallen a long way from that once honored position, even though our troops are no longer draftees.

Germany and Japan are close allies, and Russia, with an economy the size of Italy, is considered a serious military threat to the US and the EU, which is a totally ludicrous assumption, yet is lapped up as a given… Jim W. Dean ]

The complete fiasco of Washington, which for 20 years participated in the complex Afghan conflict, ineptly squandered $2.3 trillion taken from the pockets of American taxpayers and killed more than 2,400 military personnel there, albeit on a smaller scale, but is completely repeated in Syria.

And the failure of this policy does not slow down the US attempts to force Damascus to play by American rules, including through the Syrian Civil Protection Act, introduced by Washington, better known as the Caesar Law.

Despite the sanctions imposed by the United States under this “law” on dozens of individuals and legal entities in Syria, including President Bashar Assad and his wife Asma, as well as restrictive measures against everyone who cooperates with Damascus, the current US military-political elite has not managed to overthrow the legitimate authorities in Syria and limit the exit of this Arab country from international isolation.

Even under the angry shouts of the White House, the flow of foreign delegations to Damascus is expanding, demonstrating the readiness of different countries to intensify cooperation with the Syrian Arab Republic (SAR) in many areas, and to provide their investments in the restoration of the economic life of Syria.

After a decade of a diplomatic lull the Arab Republic is once again integrating into the economy and into political life of the Middle Eastern region at the expense of new agreements and different events, which are attended by representatives of different countries.

In recent days alone, the Syrian Education Minister, Darem Tabaa, and the Pakistani Minister for Federal Education and Professional Training, Shafqat Mahmoud, signed an important agreement to activate a bilateral partnership in the areas of education and culture which will facilitate an exchange of experience between the two countries in these areas.

Back in early September 2021, a delegation from Damascus was officially invited to Amman for quadrilateral negotiations with the participation of representatives of Egypt, Lebanon and Jordan on assistance to Beirut, which is unable to cope with a large-scale energy crisis on its own.

It then became clear that without Syrian efforts and its infrastructure, resolving real regional issues would not be successful. This mutual support of countries in crisis has become an incentive for improving friendly ties in the region and for Damascus’s return to the role of one of the key players in the Middle East.

In addition to restoring old friendly relations with regional allies, Damascus is actively forging ties even with those major regional players who were opposed to the Syrian government during the war. And here it is especially necessary to highlight the development of business and political cooperation in the last days of Syria and the United Arab Emirates (UAE).

As a result, UAE companies expressed their interest in the implementation of energy projects in the SAR. This agreement was concluded two days after the UAE Foreign Affairs Minister, Abdullah Bin Zayed Al Nahyan, met with President Bashar Al Assad in Damascus during this first unprecedented visit since the beginning of the Syrian war.

The visit was regarded by observers as a sign of intensive regional efforts to end the diplomatic isolation of Assad in a situation when Syria is struggling with the growing economic crisis caused by years of conflict and aggravated by Western sanctions.

Confirmation of the mood of regional players to return Syria to the active life of Arab states was the continuation by the main diplomat of the UAE immediately after the meeting with the Syrian leader of the involvement of Jordanian King Abdullah II in efforts to achieve a political solution to the crisis in the region.

These efforts by the UAE are a logical continuation of the October telephone conversations between Syrian President Bashar Al Assad and Jordanian King Abdullah II.

In this regard, the position expressed by the Minister of Foreign Affairs of Jordan Ayman Safadi in an interview with CNN TV channel that his country, which for many years hosted armed opponents of Assad, recently reopened its borders with Syria, exchanged state visits with it and restored flights between Amman and Damascus, was quite telling.

If such contacts between Syria and some Arab countries lead to formal reconciliation, it will be a boon for the struggling Syrian economy, which needs huge investments in the reconstruction of the post-war economy.

The UAE, one of the largest “money wallets” in the Arab world, can certainly help Syria in this.

In this regard, it is noteworthy that Jordan, which previously supported the armed formations in opposition to Damascus, today has become the “vanguard” in the process of lifting Syrian isolation.

This, in particular, is confirmed by the visit on September 19 to Amman of the Syrian Minister of Defense Ali Abdullah Ayyub, who with his Jordanian counterpart Youssef Ahmed Al Huneiti discussed the problems of border security, the fight against terrorism and drug trafficking.

In addition, on the initiative shown by Amman, the Syrian-Jordanian border crossing “Jaber” resumed its work, and the state airline Royal Jordanian resumed its flights to Damascus. Also, officials of the two countries agreed on the complete removal of customs tariffs for the transit of goods through the territory of their states.

Along with this, the member states of the League of Arab States (LAS), as reported by Al-Araby Al-Jadeed, have reached a preliminary agreement on the participation of the SAR in the March 2022 summit of the organization. At the same time, an official from the LAS secretariat explained that the suspension of Damascus’ participation in the organization’s structure today is recognized by the absolute majority of the LAS members as erroneous.

While Saudi Arabia is still clearly not moving towards rapprochement with President Assad, the UAE has already opened its embassy in Damascus. Earlier, the UAE broke off relations with Damascus as part of a general boycott of the SAR government and support for the opposition.

Saudi Arabia and Qatar strongly supported the Islamist anti-Assad fighters, who at the time collaborated with Turkey in pursuit of regime change, backed by the United States.

Despite the fact that Qatar and its ally Turkey oppose the rest of the Persian Gulf and Syria, the process of returning Syria to its family of Arab states continues. Algeria, Tunisia, Egypt, Oman, Jordan and the UAE are all in favor of the re-inclusion of Syria in the Arab League.

Saudi Arabia, although it may resist, does not intend to openly object to such steps, especially from a close ally from the Persian Gulf such as the UAE. This indicates a very real possibility of Syria’s participation in the Arab League summit in Algeria early next year.

Only the United States is openly dissatisfied with Syria’s return from international isolation. In particular, US Secretary of State Anthony Blinken has already expressed “concern” about the visits of foreign delegations to Damascus and, in an ultimatum manner characteristic of Washington, even “warned” American allies against attempts to normalize relations with the Syrian authorities.

Nevertheless, against this background of the White House’s opposition to Damascus’ return from international isolation, the recent statement by more than 30 members of the US Congress of their doubts about the legality of the actions carried out by the administration of President Joe Biden in Syria is noteworthy. In particular, lawmakers questioned the right of the United States to launch military strikes in the SAR, writes  Politico.

The above clearly demonstrates that Syrian President Bashar al-Assad, with the help of Russia and Iran, has withstood the onslaught of the United States and its Western allies. Today, no one doubts that radical Islamist groups and the opposition no longer have any real chances to come to power.

The United States, the main sponsor of the Arab Spring, is gradually leaving the Middle East, deciding to focus its resources in East Asia to fight China.

In addition, the flight of American troops from Afghanistan, the cessation of military operations in Iraq demonstrate to the Arab world that the role of the American factor is weakening, and Washington’s support is becoming more and more illusory.

As a result, the Middle Eastern countries are in the process of stabilizing the region and resolving existing problems on their own, as was the case in the “pre-American” era. In these conditions, the role of Syria in the international arena and in the Arab League will only grow.