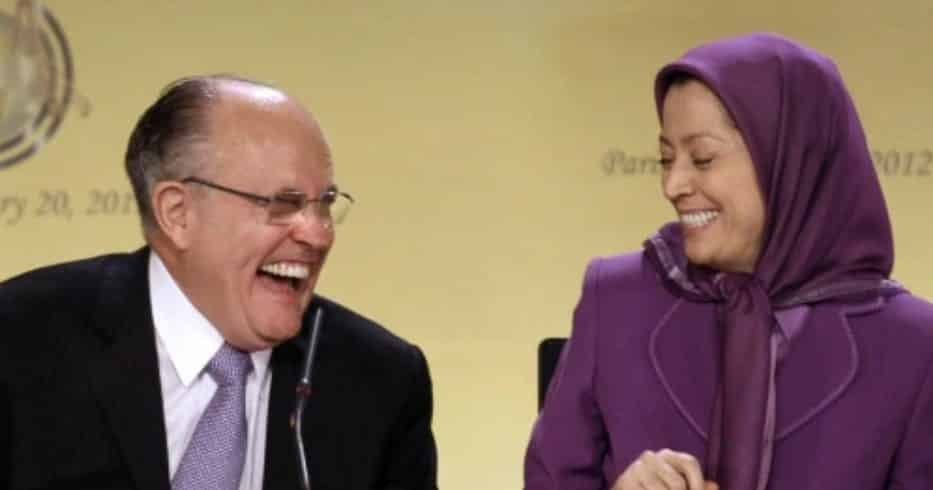 Press TV: Members of the anti-Iran terrorist Mujahedin-e-Khalq Organization (MKO or MEK) have been arrested for drug smuggling, human trafficking, and money laundering, a report reveals.

Albania-based Exit News reported on Saturday that it has seen an official document that gives details of serious offenses involving MKO members.

According to the document, bearing the signature and stamp of the Director of the Criminal Police Department in the State Police, two members of the MKO, along with Albanian and Greek accomplices, have been arrested for direct involvement in human trafficking.

Members of the ill-famed MKO terrorist group enjoy freedom of activity in the US and Europe and even hold big events attended by senior American, European and Saudi officials.

Ex-members: US, allies support MKO out of enmity with Iranians

Former MKO members say the notorious anti-Iran terrorist group uses charm offensive to recruit people, and is sophisticated in its methods of corruption and deception.

The report said that on July 11, 2021, police stopped a car carrying Syrian, Iraqi, and Kurdish citizens. Further investigations led to the arrest of the main gang members.

The same gang, it was discovered, had attempted to transfer some 400 MKO members from Albania to France.

On 18 July 2021, a consignment of drugs was seized by Albanian police, and two senior MKO officials—Narges Abrishamchi and Hassan Nayeb-Agha—were detained.

Exit News also said it was reported in the official document that they confessed to having played a pivotal role in organizing and transporting a shipment of drugs to Italy.

This pattern of criminality dates back to 2015, Exit quoted an official source as saying, adding that the document and the source said information on the crimes had been handed over to the US Embassy in Tirana.

After it was founded more than 50 years ago, the MKO launched a campaign of bombings and assassinations in Iran. Out of the nearly 17,000 Iranians killed in terrorist attacks over the past four decades, about 12,000 have fallen victim to the group’s acts of terror.

The MKO’s members fled Iran in 1986 for Iraq, where they enjoyed backing from former Iraqi dictator Saddam Hussein. A few years ago, they were relocated from their Camp Ashraf in Iraq’s Diyala Province to Camp Hurriyet (Camp Liberty), a former US military base in Baghdad, and were later sent to Albania.

The MKO has been heavily propagandized by the West as an “Iranian opposition group.”

Iran has on numerous occasions denounced Western countries’ hosting of the terrorist group, saying both the US and Europe are accomplices in the MKO’s massacre of innocent Iranians.