by Phil Butler, with New Eastern Outlook, Moscow, and the Institute of Oriental Studies of the Russian Academy of Sciences, a research institution for the study of the countries and cultures of Asia and North Africa.

[ Editor’s note: Phil Butler takes us back to the Kofi Annan UN days in 1999, which for some reason seems more than two decades ago.

We look back in the rear view mirror of endless economic carnage, which is not the result of a world war in the traditional sense, but maybe a new kind of ‘forever economic war’.

The grandiose meetings for great economic resets turned out to be theater, as always. Remember to bury your gold and jewelry next time you hear a similar pitch, and a safe place to quarantine with some rehydratable food might be a good idea.

Phil takes us on a trip back to the Great Reset, the World Economic Forum and the Davos Pact. One of the reasons we are subjected to new economic scams is to keep us off balance so that we do not have the focus to go back and review the previous ones.

It was similar for false flag terror attacks, done by party A and then pinned on party B. With all the multiple Intelligence agencies in the world, when is the last time a major one of those was exposed, and the country that orchestrated it exposed?

Trump, as the perfect puppet,  took the reset hype to a new level, with his pitiful pretending to being good buddies with North Korea.

China required a bit more sophistication, and Russia less so. To prove that he was an equal opportunity sanctioner, Trump whacked the EU with sanctions. But in their defense, their claim that the US did not make much that Europeans wanted to buy was totally valid.

Enjoy Phil’s read. We need these refreshers like this from time to time… Jim W. Dean] 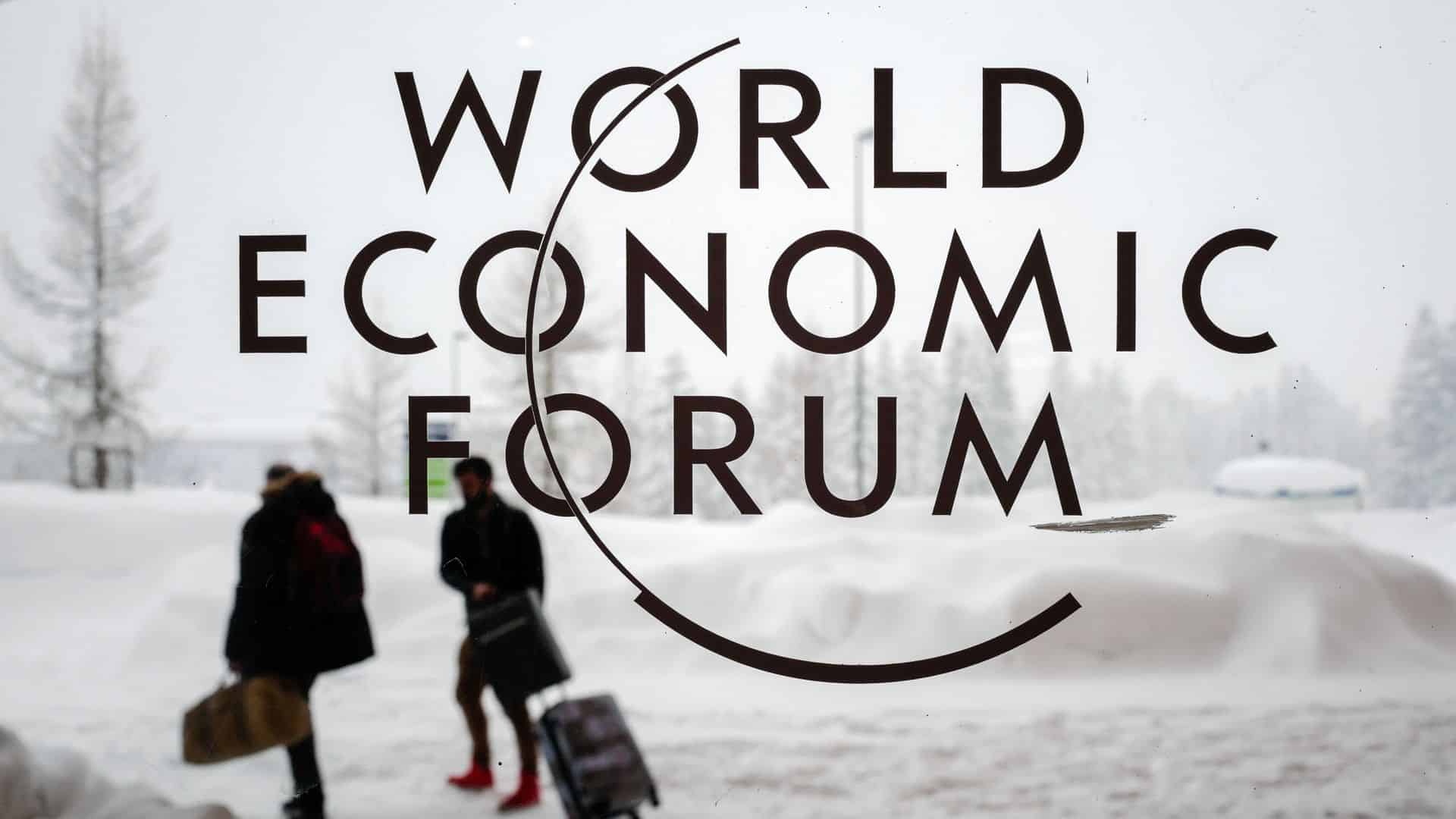 The “Great Narrative” is at hand! The author of the “Great Reset”, Klaus Schwab just launched another initiative at his World Economic Forum (WEF) in the UAE. And the world should be dully impressed, I am sure, but most people of earth will not be.

WEF and most other institutions are walking a credibility tightrope these days. And how many resets is this now?

With half the world wondering if their COVID-19 shots will protect them, and the other half convinced world health institutions want to control us like robots with vaccines, the big money is talking about reglobalizing the globalized community they sold us on over thirty years ago. Now, according to the WEF, the Great Narrative initiative is defined as:

“A collaborative effort of the world’s leading thinkers to fashion longer-term perspectives and co-create a narrative that can help guide the creation of a more resilient, inclusive and sustainable vision for our collective future.”

But wait a minute Houston, there’s a problem. What were our leaders doing, exactly, for the last three decades? Did they pull the wool over our eyes and rake in the trillions while the rest of us just played the blind mice? Was there ever any real effort to collaborate to help humanity? Let’s consult Google, and use a custom search, just to see.

Hmm. Interesting. Back in February of 1999 – Kofi Annan’s address to World Economic Forum in Davos UN Secretary General Kofi Annan spoke of the WEF, Davos, and the UN partnering with business in order to – “initiate a global compact of shared values and principles, which will give a human face to the global market.”

It turns out, Annan’s words were prophetic with regard to how business and the elites ended up seizing on the opportunities globalization presented. The former Secretary General had this to say on the fragility of that Great Reset:

“Globalization is a fact of life. But I believe we have underestimated its fragility. The problem is this. The spread of markets outpaces the ability of societies and their political systems to adjust to them, let alone to guide the course they take. History teaches us that such an imbalance between the economic, social and political realms can never be sustained for very long.”

Now, I could claim that COVID-19 is the straw that finally broke the globalization movement’s back. But this would not be accurate. You see, the cooperation never did extend to society. We were just the worker bees and consumers who powered the big rip off.

And Kofi Annan’s words prove conclusively, that the elites who run this shit show we are in now knew all along what they were doing. And now, decades of misery and manipulation later – and the Davos geniuses want a “do over.”

In 1996, Klaus Schwab was on his soapbox pushing globalization forward as fast as he and his associates could make it go. Interestingly, the “narrative” back then was exactly the same as we hear, see, and read today.

Also interesting, is how the attempted pirating of Russia was key in the strategies being developed. In an article for the International Herald Tribune, the WEF founder and few of his henchmen fanned the proverbial civic flames of outcry, just so:

“Public opinion in the industrial democracies will no longer be satisfied with articles of faith about the virtues and future benefits of the global economy. It is pressing for action.”

The Davos Pact, who in Russia can forget that? In an heroic surge to prevent those pesky Communists in Russia from usurping free enterprise, the boys from west of the Siverskyi Donets River got Boris Yeltsin reelected so the mafiosos and western pirates could carve up Russia for good.

Don’t take my word, read what the WEF said about it here. 1996 was also the year the WEF went online in what became known as the information superhighway. The breadth and depth of these people’s bullshit can only be fathomed by researching each-and-ever-single initiative or “narrative” they preach.

Take 1997, for instance. This was the year Klaus Schwab and his benefactors sought to reinvent the term “Davos Man” into some kind of wise Solomon superhero bent on helping humanity.

They wanted to shed the brand Harvard University political scientist Samuel P. Huntington burned into the global elites when he insisted the Davos Man, “…has little need for national loyalty, view national boundaries as obstacles that thankfully are vanishing, and see national governments as residues from the past whose only useful function is to facilitate the elite’s global operations.”

The new Davos Man became, as Schwab so tenderly put it, “a Davos Man or Davos Woman should be a blend of global, national and local identity.” This new breed of economic superhero was to be a kinder, gentler, Wizard of Oz, something straight out of a J. R. R. Tolkien story. The World Economic Forum story of greed and elitism is told well via the organization’s various websites.

As the liberal elite have sopped up unbelievable fortunes from the globalization charade, so has the WEF expanded its headquarters, put into the mix unscrupulous people like Hillary Clinton, and made alleged global compact each and every year since.

So, if Klaus Schwab is the creator of the so-called “Great Reset”, and the genius behind the “Great Narrative’, somebody should stick a sock in his mouth and tie him to a chair in Somalia or some other destitute corner of Earth.

Any truly “Great Narrative” must involve transparency and a genuine creed of truth and justice. And, any such proclamation or doctrine can absolutely not include any facet of the World Economic Forum. What this organization has proven is utter failure for human kind. I challenge them to argue their point.

Finally, a story about Schwab’s latest bullshit narrative ran on RT recently. Here is a short excerpt that reveals the strange mindset of these Davos elites:

[The WEF has always believed] “in the battle for hearts and minds of human beings, narrative will consistently outperform data in its ability to influence human thinking and motivate human action.”

Or, in other words, powerful bullshit will always outweigh facts and figures in the war for the minds of the willing masses. Nothing the WEF has done since its inception proves anything to the likewise.