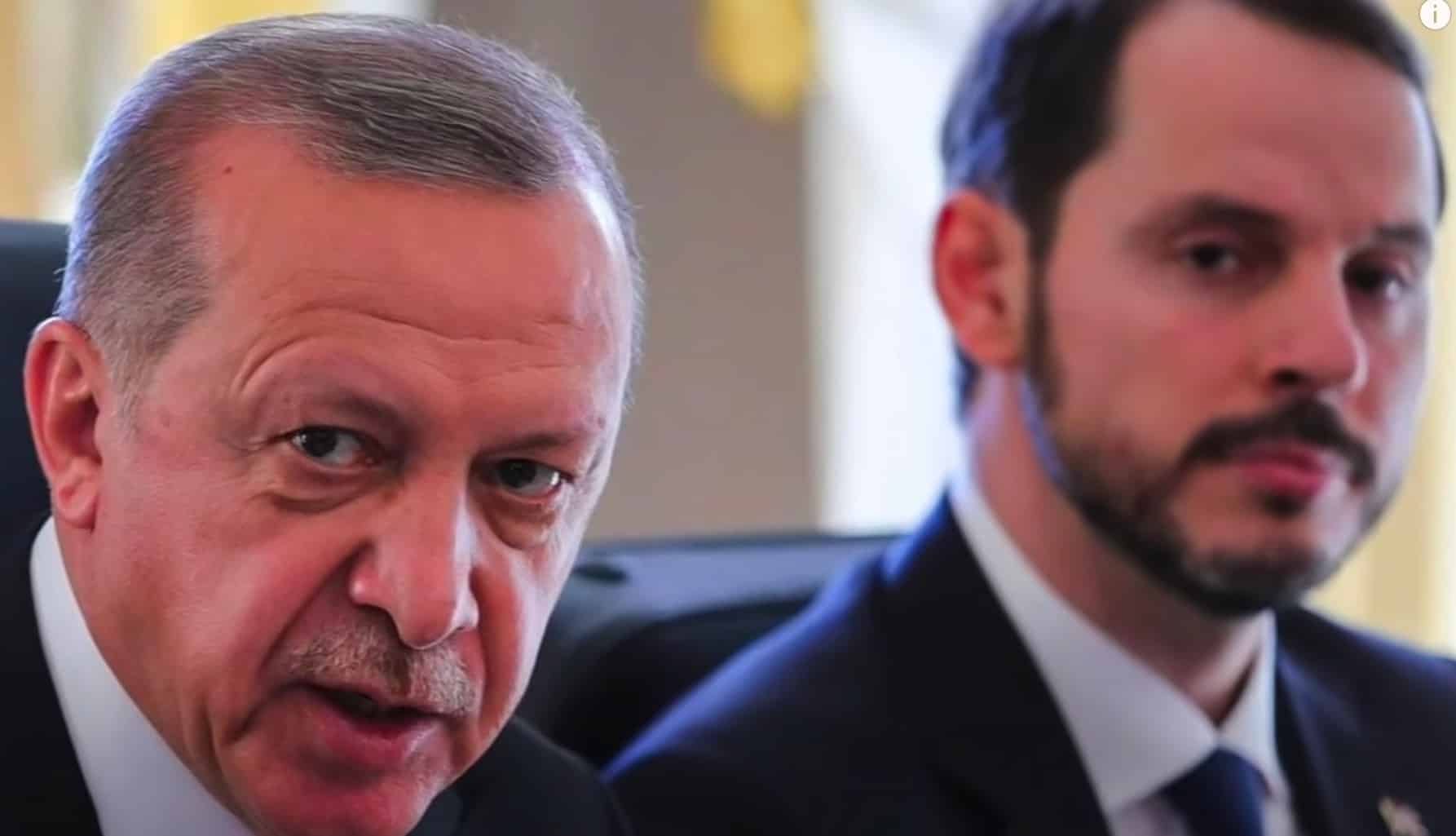 VT: We have been watching Damascus for years now with the largest news bureau of any publication and strong ties to all aspects of Syrian society.  We have also watched the drug trade, particularly captagon, the drug used by Turkey and by its ISIS and al Nusra allies in Idlib and across the region and into Africa. 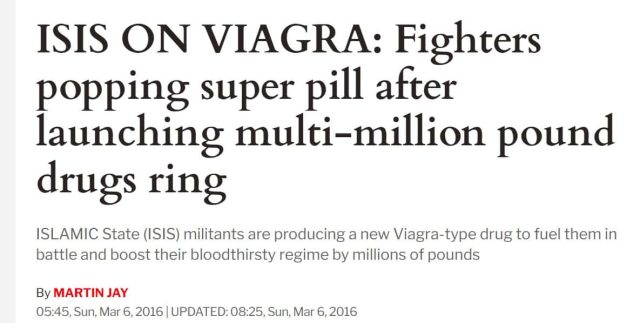 We also found, as the NY Times points out, some inside Damascus itself with strong ties to Israeli and Turkish/Saudi security, indicating some curious truths about Damascus itself.

None in the West see Damascus, the oldline Baathists and those who ran organized crime within the region, sometimes behind the scenes, sometimes not, that President Assad has fought tooth and nail since he assumed the presidency in 2000.

At times we feared no one was running Syria.  The drug business the NYT talks about, and this article is pure propaganda, has been centered primarily on ISIS controlled regions, which exist only under US or Turkish protection.

The Israeli enclave in Daraa has since melted away with help from Russian forces.

Yes…the drugs are there, the addicts who lived under ISIS and al Qaeda are still there and an active drug trade centering on Hatay, Turkey, under the protection of the Erdogan family, is thriving.

It also thrives in Iraq under certain Kurdish officials and has spread into Africa.

What we also believe is those who wrote this article know more than they tell and are very aware they are 180 degrees off.  On this, we suspect Israel’s security services who used to depend on Julian Assange and Wikileaks to get their message out.

Sadly, for them, they are returning to the tired and long discredited New York Times.

BEIRUT, Lebanon — Built on the ashes of 10 years of war in Syria, an illegal drug industry run by powerful associates and relatives of President Bashar al-Assad has grown into a multibillion-dollar operation, eclipsing Syria’s legal exports and turning the country into the world’s newest narcostate.

Its flagship product is captagon, an illegal, addictive amphetamine popular in Saudi Arabia and other Arab states. Its operations stretch across Syria, including workshops that manufacture the pills, packing plants where they are concealed for export and smuggling networks to spirit them to markets abroad.

An investigation by The New York Times found that much of the production and distribution is overseen by the Fourth Armored Division of the Syrian Army, an elite unit commanded by Maher al-Assad, the president’s younger brother and one of Syria’s most powerful men.

Major players also include businessmen with close ties to the government, the Lebanese militant group Hezbollah and other members of the president’s extended family, whose last name ensures protection for illegal activities, according to The Times investigation, which is based on information from law enforcement officials in 10 countries and dozens of interviews with international and regional drug experts, Syrians with knowledge of the drug trade and current and former United States officials.  From AP:

ANKARA, Turkey (AP) — From alleged drug trafficking and a murder cover-up to weapons transfers to Islamic militants, a convicted crime ringleader has been dishing the dirt on members of Turkish President Recep Tayyip Erdogan’s ruling party through a series of tell-all videos that have captivated the nation and turned him into an unlikely social media phenomenon.

Sedat Peker, a 49-year-old fugitive crime boss, who once openly supported Erdogan’s Justice and Development Party, has been releasing nearly 90-minute long videos from his stated base in Dubai, United Arab Emirates, making scandalous but yet-unproven drip-by-drip allegations, in an apparent bid to settle scores with political figures.

The weekly YouTube videos have been viewed more than 75 million times, causing an uproar, heightening concerns over Turkish state corruption and putting officials on the defensive. They have also exposed alleged rifts between rival factions within the ruling party and added to Erdogan’s troubles as he battles an economic downturn and the coronavirus pandemic.

The drug trade emerged in the ruins of a decade of war, which shattered Syria’s economy, reduced most of its people to poverty and left members of Syria’s military, political and business elite looking for new ways to earn hard currency and circumvent American economic sanctions.

Illicit speed is now the country’s most valuable export, far surpassing its legal products, according to a database compiled by The Times of global captagon busts.  Read more if you care…then read the truth below the line:

Recently, Turkish Customs teams confiscated more than a ton of Captagon drug pills at the Mediterranean port of Iskenderun in southern Turkey. It was reported to be the biggest seizure of its kind with a total of 1,072 kilograms (2,000 pounds) of Captagon drugs — more than 6.2 million pills  — seized during a search by customs officials. The contraband, worth over $37 million, was found hidden in 17 containers brought to the port for transit to the United Arab Emirates.

The National Library of Medicine, National Center for Biotechnology Information, notes that Captagon is the trademark name for the synthetic stimulant fenethylline hydrochloride, which is a central nervous system stimulant with euphoric and analgesic properties and currently does not have an accepted medical use in the United States. Fenethylline is a “DEA Schedule I controlled substance.

Substances in the DEA Schedule I have no currently accepted medical use in the United States, a lack of accepted safety for use under medical supervision, and a high potential for abuse.” Even worse…

“Counterfeit versions marked with the Captagon logo are widely available across the Arabian peninsula and do not contain fenethylline hydrochloride itself due to low stocks of diverted fenethylline and the sporadic availability of precursor chemicals for clandestine synthesis. However, these pills contain other easily produced amphetamines and amphetamine derivatives capable of inducing similar effects….

When Captagon is used in military combat soldiers feel euphoric, fearless and powerful, can remain awake for days and kill in a numb and reckless manner.”

The 17 containers were filled with stones typically used for decoration purposes. Narcotics detection dogs inspecting the cargo reacted to the stones and aroused the suspicions of Customs officials. Stones that were suspected of containing drugs were broken and were found to have hidden transparent packages filled with narcotics pills.

Customs Officials took several samples from different containers and stones, analyzed them with a handheld material identification devices, and all the results indicated Captagon.

The handheld integrated Raman and FTIRspectroscopy instruments that were used are capable of identifying more than 14,500 individual substances, solids and liquids from narcotics to explosives and chemical warfare agents to industrial chemicals and precursors. Utilizing these handheld material identification devices, agents are quickly able to successfully identify – within minutes – unknown substances including mixtures of up to four components.

The Raman technology enables a user to conduct non-contact and non-destructive analysis of samples in transparent and translucent containers without the need to open them and manipulate each sample, thus increasing user safety. Conversely, although FTIR spectroscopy requires direct contact analysis, it is more efficient and safer when identifying dark-colored substances such as black tar heroin.

It also has fewer chemical limitations and performs better on substances that suffer from very high levels of fluorescence, which sometimes obscures Raman spectra. Both technologies thus complement each other as well as confirm results obtained by each other.

The results were telling. Counterfeit versions of Captagon are very popular in the Middle East, especially in Syria, where its fear-inhibiting and stimulating effects have also proved useful during protracted firefights in war-torn areas. This seizure occurred in a region that is very close to the Syrian border.

As illicit drugs continue to proliferate and synthetic drugs ‘morph’ into formulations more difficult to detect, hope for stemming the flow of them across international borders will depend upon advanced analyzer technologies that can change as fast, or even faster, than the chemistries involved.

In Turkey, as in many other global hot spots for drug manufacture and smuggling, Customs and drug interdiction agents had been using traditional narcotics test kits, but those kits are effective against a very limited range of narcotics.

Agents using these kits couldn’t identify most of the narcotics they seized, so they were sending the samples to a lab and waiting for 2-3 days for the results, an unacceptable delay.

These latest material identification devices that use both Raman and FTIR technology and have an extensive library that can be constantly updated and means agents are on the cutting edge and ahead of the game. For more details about Turkey’s campaign against drugs entering their borders, read the case study Turkey at the Crossroads; Targeting illicit drug traffic. 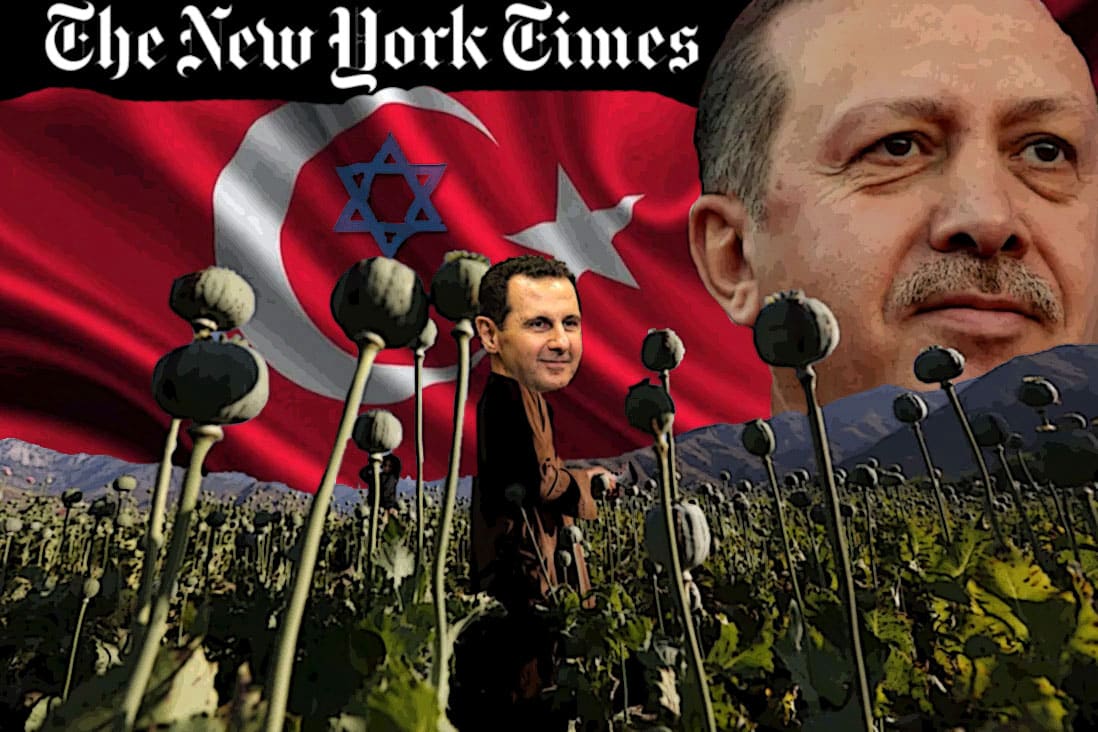