Home World Santa Inc. and the war on Christmas 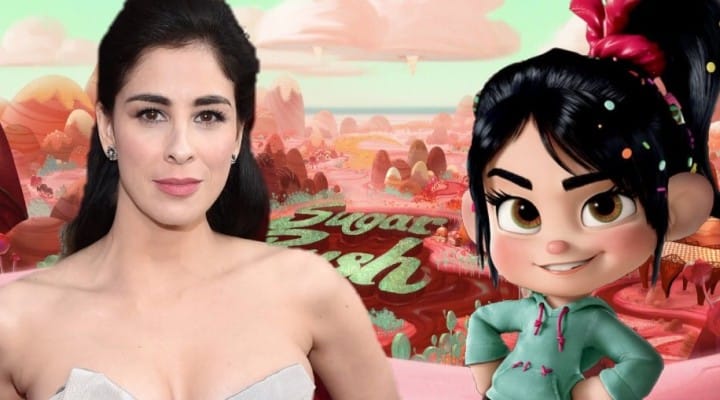 If you walk into the film industry and start interviewing people like Eli Roth, you will certainly hear incredible and bizarre things. Roth would tell you that he aspires to “fuck up an entire generation”[1] through his movies.

Roth and his brethren have been in the business for years, so they know the drill. The recent animated comedy series, Santa Inc., is a classic example that shows that the war on Christmas is still going on. Featuring Seth Rogen and Sarah Silverman, Santa Inc. is loaded with raunchy oral sex, obscenity, and what Jewish scholar Josh Lambert would probably label “unclean lips.”[2] Santa Inc., according to Hollywood Reporter, boasts “more Jewish leads than the Semitic minstrel show…”[3] Santa Inc. is another infallible sign which shows that Jewish scholar Nathan Abrams was onto something when he documents that

“Older generation of Jewish filmmakers and actors, here [Woody] Allen, [Stanley] Kubrick and [Ron] Jeremy, arguably not only increased the Jewishness of their work, but updated it to match the new post-1990 sensibility by defining it in increasingly sexualized (and pornographic) terms.”[4]

Similarly, Josh Lambert tells us that people like Larry David and Sarah Silverman “are challenging America’s powerful religious, family-friendly culture and asserting their Jewishness by glorifying obscenity.”[5] Lambert moves on to say that “Some Jews use obscenity to fight anti-Semitism, while others use it to rewrite traditional Jewish stories in a contemporary idiom.”[6]

Abrams agreed. He declared in 2003 that the Jewish war against the moral order “is the result of an atavistic hatred of Christian authority: they are trying to weaken the dominant culture in America by moral subversion.”[7]

Both Abrams and Lambert mention something that is really profound here. Surely those two scholars aren’t anti-Semitic by documenting the Jewish war on the culture, particularly this Christmas season. And as Jewish scholar Stephen M. Feldman documents in Please Don’t Wish Me a Merry Christmas: A Critical History of the Separation of Church and State, this war didn’t start this year at all.[8] In 2009, the Israeli news outlet declared in an article entitled, “Jewish lobby wages war on Christmas trees”:

“A new front for religious battles: Hotels and restaurants. The ‘Lobby for Jewish values’…began operating against restaurants and hotels that plan to put up Christmas trees and other Christian symbols ahead of Christmas and the civil New Year.

“According to the lobby’s Chairman, Ofer Cohen, they have received backing by the rabbis, ‘and we are even considering publishing the names of the businesses that put up Christian symbols ahead of the Christian holiday and call for a boycott against them.’”[9]

So the Christmas season is like a nightmare for some. That’s one reason why they attack it. Santa Inc. is so bad that when Seth Rogen was going around and saying that only “white supremacists” are attacking it, one individual responded:

“There’s no audience, bro. I’m not white and do not intend to protect anyone, but your show is not that good.”

What was the audience rating for Santa Inc.? 3%! Commenters on Rotten Tomatoes call it “utter crap,” and one reviewer said:

“The last thing I need after a hard day of work is to come home and be told that I’m a bad person because as a child, I believed in a benevolent fairy tale about a fat man in a red suit. Hollywood is more about activism than entertainment these days. It’s insufferable.” Another reviewer opined: “one of the worst things I’ve ever watched. It’s like it was written by people who hate Christmas and those who celebrate it.”

Perhaps the popular responses to Santa Inc. are what Hegel would have called “the cunning of reason.” The producers and actors and actresses like Seth Rogen and Sarah Silverman thought that Santa Inc. was going to be a game changer when it comes to subverting the Christmas spirit, but Santa Inc. seems to be doing the opposite. It’s waking people up. In other words, Santa Inc. was a bad move for people like Rogen and Silverman.

In case I don’t remember, Merry Christmas to all!