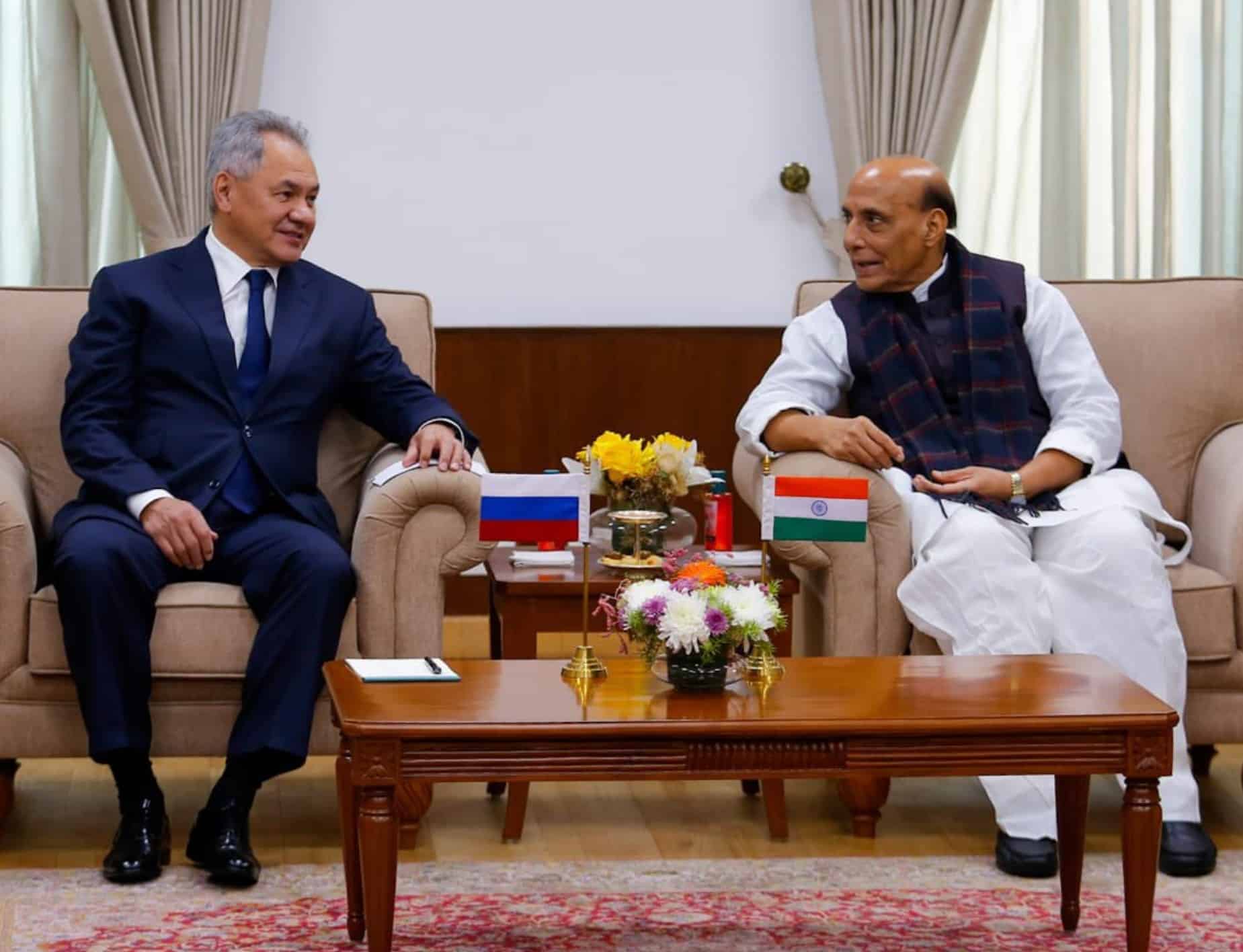 Sputnik/Moscow: The agreement was signed in the presence of the Russian and Indian defence ministers, Sergei Shoigu and Rajnath Singh.

The Russian Defence Ministry said on Monday that Moscow and New Delhi have signed an agreement on military and technical cooperation for 2021-2030.

The deal envisages cooperation between units of the countries’ armed forces, as well as the supply and development of weapons and military equipment.

The Indian defence minister, for his part, wrote on his Twitter page that he is “glad” that a number of “[bilateral] agreements, contracts, and protocols were signed pertaining to small arms and military cooperation”.

Singh also tweeted that he had “fruitful” discussions on bilateral defence collaboration with Sergei Shoigu, adding, “India values its special and privileged strategic partnership with Russia”.

Singh was echoed by the Russian defence minister who touted bilateral dialogue as something that contributes significantly to ensuring global and regional security.

Right now, Russia and India are involved in the implementation of several bilateral projects, including those pertaining to the BrahMos missile system, a fifth generation fighter jet (FGFA), licensed production of the Su-30 warplane, and the T-90 battle tank.

21st India-Russia Summit: What’s on Agenda as Putin Set to Arrive in New Delhi to Meet Modi 10 hours ago

According to expert estimates, Russia has provided India with military equipment worth more than $65 billion over the entire period of military-technical cooperation between the two countries.

In October 2018, Moscow and New Delhi inked a $5 billion contract for the supply of five batteries of the S-400 missile systems to India. Other hefty agreements include a deal on India purchasing four Russian-made Project 11356 frigates and an accord on Moscow supplying Igla portable anti-aircraft missile systems to the South Asian nation.