The Iran talks in Vienna last went as badly as expected. The two sides are now dedicating themselves to the public blame game, leaving little room for optimism. But unlike years past in which the collapse of the deal almost automatically would bring the US and Iran back to a path toward war, a third option may exist today.

The JCPOA would all but die, but the parties would pretend that it is still alive to avoid the crisis that its official death would spur. Let’s call it the coma option. Think of how Western powers have pretended that the Israeli-Palestinian peace process has been alive for the last decades.

Pretending that a lifeless deal still carries on living is by no means a good option. But as long as all sides deem both the cost of a nuclear breakthrough — in terms of the compromises they would have to swallow — and the price of admitting diplomatic failure too high, they might converge toward a suboptimal yet preferable slumber of the agreement for the rest of Biden’s presidency.

I recently signed on as a columnist for MSNBC and I write about this potential outcome in my first column for them today. As always, your thoughts are welcome. 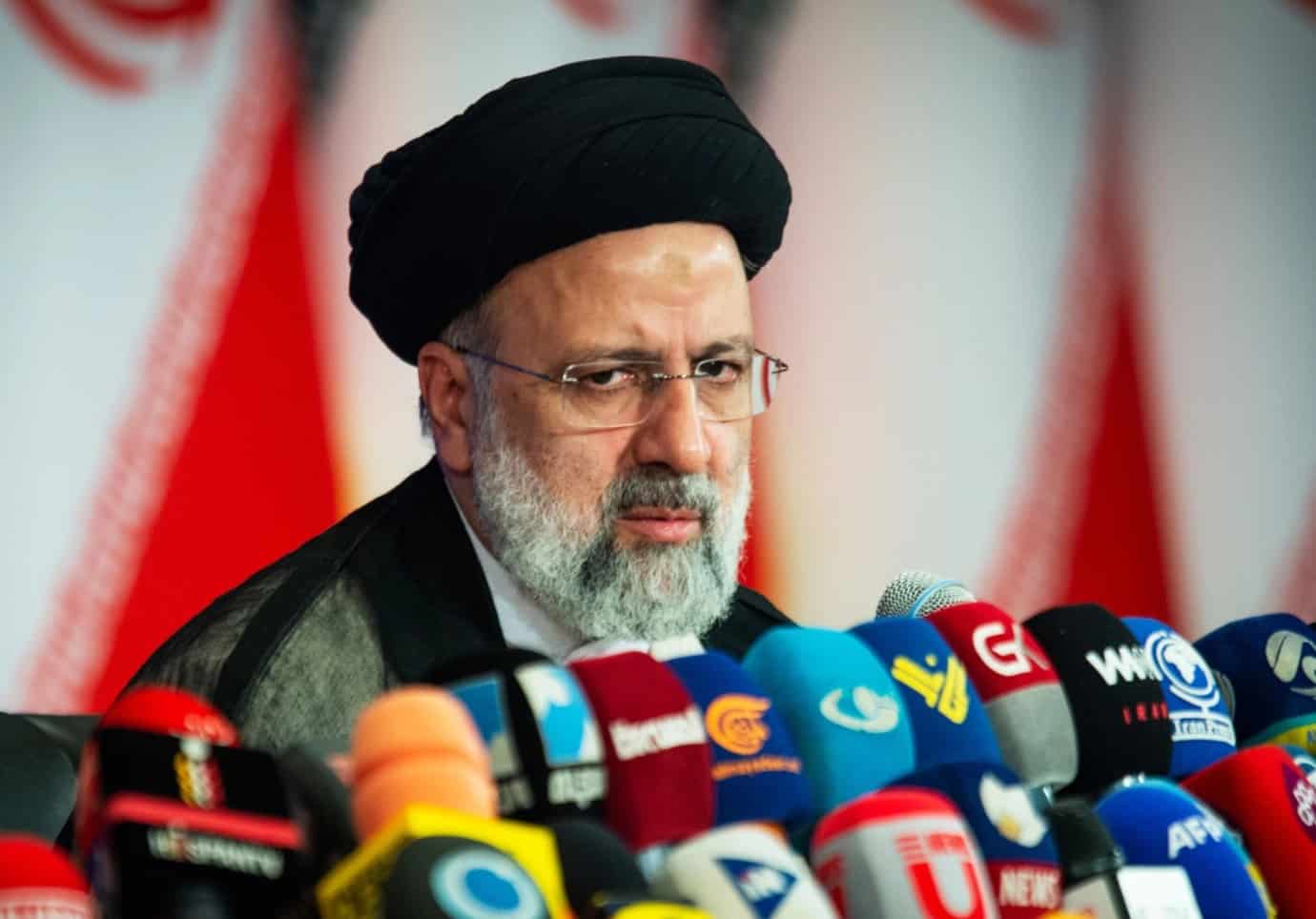 Everything unfolded according to the script at the Iran nuclear talks last week in Vienna. Iran, led by new President Ebrahim Raisi’s government, adopted a much harsher negotiating position, which the U.S. and the Europeans predictably rejected as the blame game officially began.

According to U.S. negotiators, Iran went “with proposals that walked back anything — any of the compromises Iran had floated here in the six rounds of talks, pocket all of the compromises that others, and the U.S. in particular, had made, and then asked for more.” Secretary of State Antony Blinken has vowed to “turn to other options” if diplomacy fails.

The problem is Washington doesn’t have other options. Ramping up sanctions further — that is, intensifying former President Donald Trump’s “maximum pressure” policy — would only make matters worse. Biden administration officials readily acknowledge that Trump’s exit from the Iran nuclear deal and his sanctions campaign created this mess in the first place. More of the same wouldn’t provide a path out of this debacle.

As President Joe Biden’s Iran envoy, Rob Malley, told The New York Times back in 2019, it is a “fantasy that the Trump administration’s maximum pressure campaign somehow would lead Tehran to agree to more stringent measures.” Blinken in 2015 similarly said it was a “fantasy to believe that Iran will simply capitulate to every demand if we ratchet up the pressure even more through sanctions.”

The Biden administration is probably also contemplating covert operations to sabotage Iran’s nuclear program. But that course has been extensively pursued by the Israelis. The verdict of both Israeli and U.S. security officials is that it too is counterproductive — it only provides Iran with an excuse to ratchet up its nuclear program further.

Then, of course, there is war. But avoiding yet another unpredictable military conflict in the Middle East was a key motivating factor behind negotiating the nuclear deal in the first place. For Biden, who paid a political toll for pulling U.S. troops out of Afghanistan and who has bragged (falsely) that “for the first time in 20 years, the United States is not at war,” starting a war with Iran — a far mightier power than the Taliban — makes little sense. Nor would it help Biden’s broader goal of shifting America’s focus toward China.

Let’s call it the coma option. Think of how Western powers have pretended that the Israeli-Palestinian peace process has been alive for the last decades.

While escalation toward conflict remains the most likely outcome if diplomacy is abandoned, changing circumstances have also allowed another potential outcome to emerge:

The Joint Comprehensive Plan of Action, or JCPOA, as the Iran deal is known, would all but die, but the parties would pretend that it is still alive to avoid the crisis that its official death would spur. Let’s call it the coma option. Think of how Western powers have pretended that the Israeli-Palestinian peace process has been alive for the last decades.

Changing circumstances and calculations on all sides are what set up this potential option. In the past, any situation short of a full deal was unstable and prone to escalate toward conflict. Today, things are different.

Biden would most likely prefer a comatose arrangement to a military confrontation with Iran, and he might also find it more attractive than the concessions he ultimately would have to offer Tehran to truly revive the agreement.

Moreover, beyond the political capital Biden would need to spend to return to the agreement, even more capital would have to be spent in 2023, when the agreement obligates the U.S. to lift sanctions on Iran in Congress. Undoubtedly, few in the White House look forward to that congressional fight only months before the 2024 presidential election.

Tehran’s preferences might also be shifting in this direction. A fundamental problem for the talks is that Biden’s sanctions relief is largely empty. Few international companies and investors would enter the Iranian market unless they have confidence that the deal would survive the 2024 presidential election.

“Even if the JCPOA was restored, no Western company would dare invest a cent in Iran, no Western bank would finance any deal in Iran with the threat of the return of US sanctions in 2025. Once was enough. The Iranians know it.”

Without credible sanctions relief, the essential give-and-take of the agreement collapses. Why would Tehran give up its nuclear leverage now if real sanctions relief wouldn’t be coming until 2025 — if even then?

But if the agreement entered a coma, Tehran would keep its nuclear leverage while strengthening its economic and political ties with Moscow, Beijing and other governments that would disregard Washington’s sanctions.

While clearly not optimal, it is preferable to both a sanctions-less deal and war with the U.S. This would, however, require that Tehran temper its nuclear advances, which it might do since it no longer would press the U.S. to rejoin the agreement.

An E.U. diplomat told me last week, “We will never admit that the JCPOA is dead.”

Despite its deficiencies, avoiding a crisis and a war would similarly make this preferable to European powers. As an E.U. diplomat told me last week, “We will never admit that the JCPOA is dead.”

The wild card is, of course, Israel. Despite Biden’s extensive efforts to create a united front with Israel, the Bennet government’s positions haven’t shifted in any meaningful way.

Bennet bizarrely still opposes the Iran deal, as well as a U.S. return to the agreement, the diplomacy in Vienna, a smaller interim deal and the status quo. Israel worries that the agreement will normalize Iran’s nuclear activities and help improve U.S.-Iran relations. It also worries that Tehran’s program will grow unrestrained and make Iran a de facto nuclear power absent an agreement.

Israel’s vehement opposition to an unrestrained program and Iran’s incessant military threats are why a coma option didn’t exist before. Today, however, assuming Iran doesn’t expand its program too aggressively and the U.S. maintains sanctions that keep the Iranian economy weak, even Israel might prefer this situation to an unpredictable intensification of the conflict.

It would most likely continue to sabotage Iran’s program, but with less spectacular attacks, which would enable Iran to deny that anything happened at all.

Pretending that a lifeless deal still carries on living is by no means a good option. Tehran would continue to expand its nuclear know-how, and if the parties found their way back to the negotiating table later, Iran’s leverage would have further developed.

Its economy would continue to suffer, but it would most likely adjust to the sanctions. Iran wouln’t thrive, but neither would it collapse. And a future U.S. administration would most likely, on balance, find itself in a weaker negotiating position.

But as long as all sides deem both the cost of a nuclear breakthrough — in terms of the compromises they would have to swallow — and the price of admitting diplomatic failure too high, they might converge toward a suboptimal yet preferable slumber of the agreement for the rest of Biden’s presidency.

It wouldn’t be the achievement of courageous and visionary statesmen and women but that of tactical politicians solely seeking to stave off a crisis on their watch.

Trita Parsi is the executive vice president of the Quincy Institute and the author of “Losing an Enemy — Obama, Iran and the Triumph of Diplomacy.”