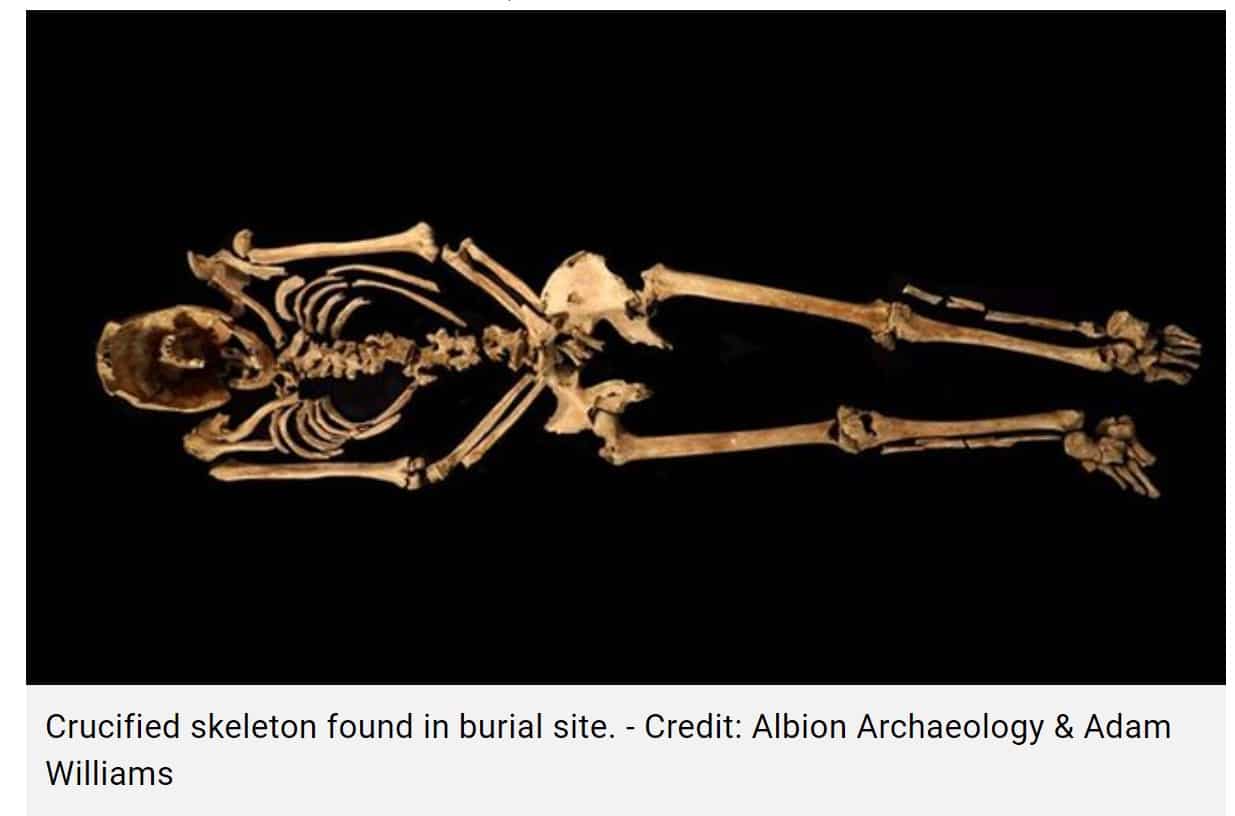 Guardian: Found at the site of a future housing development in Cambridgeshire, the near 1,900-year-old skeleton at first did not seem particularly remarkable.

Aged 25 to 35 at the time of death, the man had been buried with his arms across his chest in a grave with a wooden structure, possibly a bier, at one of five cemeteries around a newly discovered Roman settlement at Fenstanton, between Roman Cambridge and Godmanchester.

I’m not sure I can beat this headline 😲: The best evidence for #crucifixion in #Roman Britain has been found at Fenstanton in Canbridgeshire …. #archaeologyhttps://t.co/zuxseESIcR

But once his remains were removed to a laboratory in Bedford, a grisly discovery was made – a nail through the heel bone that experts now say is the best physical evidence of a crucifixion in the Roman world.

A Roman roadside settlement has been discovered by Albion Archaeology while carrying out an excavation in Fenstanton in 2017 on behalf of Tilia Homes. https://t.co/LZU1o8f0Km

Nails used for crucifixion – the method of capital punishment by which the victim is tied or nailed to a large wooden beam and left to hang until death – are a rare find, most likely because the victims would not often have received proper burial and, contrary to popular views, it was commonly carried out using rope.

🚨 We have made 'Crucifixion in the Fens' FREE ACCESS! 🚨

📚 Read all about the previously unknown Roman settlement, and find out more about David Ingham and Corinne Duhigs' report on what they believe to be evidence for ancient crucifixion here 👉 https://t.co/B4wTwlJ43A https://t.co/F7ra8B40Ya

But after prolonged analysis crucifixion was established as the only likely explanation, and the first details of the extraordinary find are reported on Wednesday in British Archaeology magazine.

On a wet, dull day in November 2017, the skeleton was uncovered and recorded in situ without the nail being noticed, as it was protruding only a couple of centimetres either side of the heel and was caked in mud.  Read more..