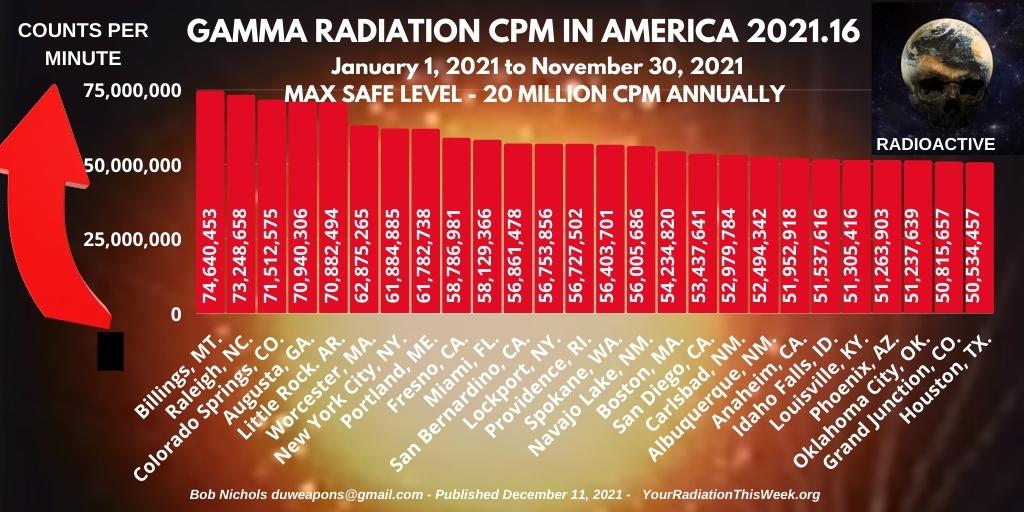 TOP GAMMA RAD READINGS IN THE US

Use your cursor to scroll

Deadly radioactive material from the Hanford Nuclear Reservation in Washington state is depositing in Billings, Montana and all along the 525 mile long former dinosaur flyway.

Big time highway construction by the State of Oregon throws up vast amounts of dirt, just as it does in every state in the country.

Of course, in the State of Oregon, the dirt is intensely radioactive.

What is wrong with these people!?

Anybody know a lawyer in Montana?