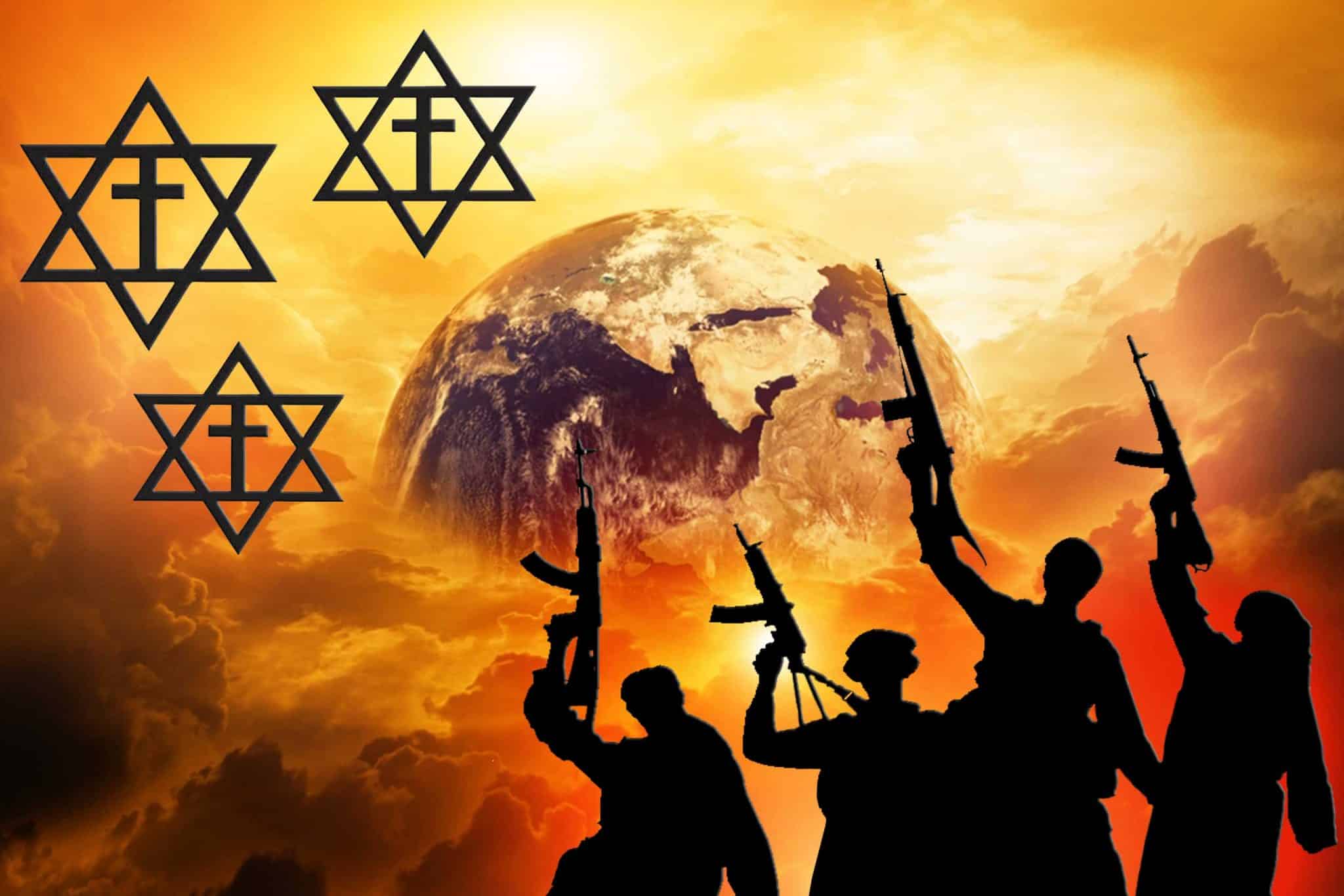 JEA: Many politicians—most specifically Christian Judaizers—have over the centuries appealed to the Old Testament in order to marshal their ideological purposes.[1]

Take for example the Hussite revolution, which used Moses and the nullified laws of the Old Testament, with respect to killing and pillaging enemies, as justification. There were indeed theological disputations around that time, and theological disputations got into politics, and politics got into a bloody war.[2] We are seeing almost the same thing with Christian Zionism of Judaizers.

The hatred and persecution of Jesus, His disciples and the Early Church by the family of Herod, the Jewish Sanhedrin and the Roman government rival the great persecutions, genocides and ethnic cleansings that are recorded in the chronicles of human history—in both intensity and severity.

After the destruction of Jerusalem in 70 AD in fulfillment of Biblical prophecy, however, the Gospel of Christ multiplied Christian disciples all over Palestine—especially in what are now Northern Israel and the West Bank, including the cities of Bethlehem and Nazareth.

Even today, Nazareth is known as “The Arab Capital of Israel.” The vast majority of the population in Nazareth are Arab Christians and Muslims. It is much the same in Bethlehem.

When I preached to a Baptist church congregation in Bethlehem while I was there, I found that over 90% of that wonderful congregation consisted of Palestinian (Arab) Christians. And I found those precious people to be among the most loving, warm and kind people I have ever met: giants of Christian grace and charm—so very opposite from what one typically finds in America’s churches today.

In Israel itself, the Christian population has shrunk from over 21% to less than 2% under the harsh, bitter persecution of Ashkenazic oppression. Georgetown University professor, the Reverend Drew Christiansen, said, “This is ethnic cleansing.”

I urge readers to get the book The Ethnic Cleansing of Palestine by renowned Israeli historian Ilan Pappe. This is the true story of how Israel became a state off the blood, rape and ethnic cleansing of the Palestinian people. Read this book and you’ll never look at the Middle East the same way again. And that will be a VERY GOOD thing.

Life for Christians living in Palestine has grown increasingly difficult since the rise of the Religious Right in the 1980s that lifted America’s support for the Zionist state to unprecedented levels politically, militarily and financially. Life for Arab Christians living in Gaza and the West Bank is especially arduous.

And by the way, the next time you hear news about Israel’s “annexation” projects in the West Bank that include bulldozing entire neighborhoods and displacing hundreds and thousands of Arabs living there—many whose families have lived in those villages and neighborhoods for hundreds of years—remember that Bethlehem is located in the West Bank.

In 2018, an investigative report in Bethlehem shed much light on the plight of Palestinian Christians living in the city of Christ’s birth.

A Christian pastor’s wife in Bethlehem, Rudaina Isaac, believes that American evangelicals who form a vital base of support for hard-line Israeli policies have made the local Palestinian Christian community’s suffering more acute.

“If we are sisters and brothers in Christ — they should understand,” she says. “They want Jews to control this land, but Christ came for all the nations.”

Many evangelical Christian Zionists believe that by “redeeming” or reclaiming land, Israeli Jews are bringing the world a step closer to the second coming of Christ. Most evangelical leaders reliably support the policies of Israel’s government.

The Holy Land’s native Christian communities are being depopulated, even as thousands of pilgrims from abroad flock to Jerusalem, Bethlehem and other biblical sites.

“Sometimes when they make declarations pro-the-state-of-Israel, it becomes difficult for the Christians among the Palestinians,” he said, adding that such comments make some Muslims assume that “all Christians are pro-Israel.”

Along with other Palestinians in the West Bank, Christians face land seizures, arbitrary detentions and collective punishment that are part and parcel of the Israeli occupation, residents say.

The International Fellowship of Christians and Jews, Israel’s largest charity, is funded largely by American evangelicals. Since being founded in 1983, it has raised a total of $1.5 billion with the help of evangelical leaders including the Rev. Pat Robertson, the prominent televangelist.

The Rev. Robert Jeffress, the influential pastor of the 13,000-member First Baptist church in Dallas, explains evangelicals’ stalwart support of Israel this way: “The Bible says this land belongs to the Jewish people — period.”

“If they do not want to continue to live under that arrangement,” Jeffress said, “perhaps some need to go someplace else.”

Munther Isaac, the pastor in Bethlehem, has heard this sort of talk before.

“We are secondary to Christians in America,” he says. “These Christians do not think about or care about us.”

The Isaacs describe the daily stress of life in the West Bank — the roadblocks, checkpoints, difficulties traveling and an overall feeling of being trapped.

[Then] Vice President Pence, an evangelical himself, spoke in Israel’s Parliament, the Knesset.

While Pence was warmly received by Israeli leaders, the heads of the established Christian churches refused to meet with him during his trip, revealing the chasm between American evangelicals and Christians in the Holy Land.

“These so-called Christians are causing us more damage than help,” one Christian in Bethlehem said.

And so they are. And that’s putting it mildly. It is no hyperbole to say that the blood of thousands of Palestinian Christians drips from the pulpits and from the hands of America’s pastors and Christians.