[ Editor’s Note:  This story was a one day flash in the news and then disappeared. Yes, other ongoing major stories like the Jan 6 Commission are sucking up a lot of air, but we also need to keep an eye on the Supreme Court ball.

In countries all over the world, ‘controlling law enforcement’, police, prosecutors and the judges is a matter of survival. Hardwired corruption cannot serve long term unless the above are totally onboard the “take the money and political support we provide or get some lead as ‘door number two’.”

This topic used to get some coverage back in the real independent days, but now that media is consolidated, with much of it rumored to be owned by the bad guys, think close to the Israelis, but now we hear only whispers among old time intel and security people when chatting about ‘the old days’.

Now we have the best shot we have had in a long time with the 300 page report from the bi-partisan commission that voted unanimously on its recommendations. I have hotlinked the report so you can save it to read as time allows, which you should, as it is a major historical document of our times.

Do not forget that we have had a flow of media on the Court’s concern about its reputation going down hill. The motivation for their concern seemed to indicate that they did not want to go down in history as having been the court that facilitated the Trump insurrection by protecting its legal flanks.

So far we have reached an Appeals Court decision in the DC Circuit showing they are not onboard Trump’s authoritarian state plans. But that ball is headed toward the Supreme Court where it has some options.

They could take the case to rule on it, or, much easier would be for them to let the Appeals Court decision stand by not taking it up. I have bet my dollar on the latter. If the Supreme Court takes the case, my stomach will be in knots until we get a ruling. I am shopping for a prayer rug online with good Amazon ratings… Jim W.  Dean ] 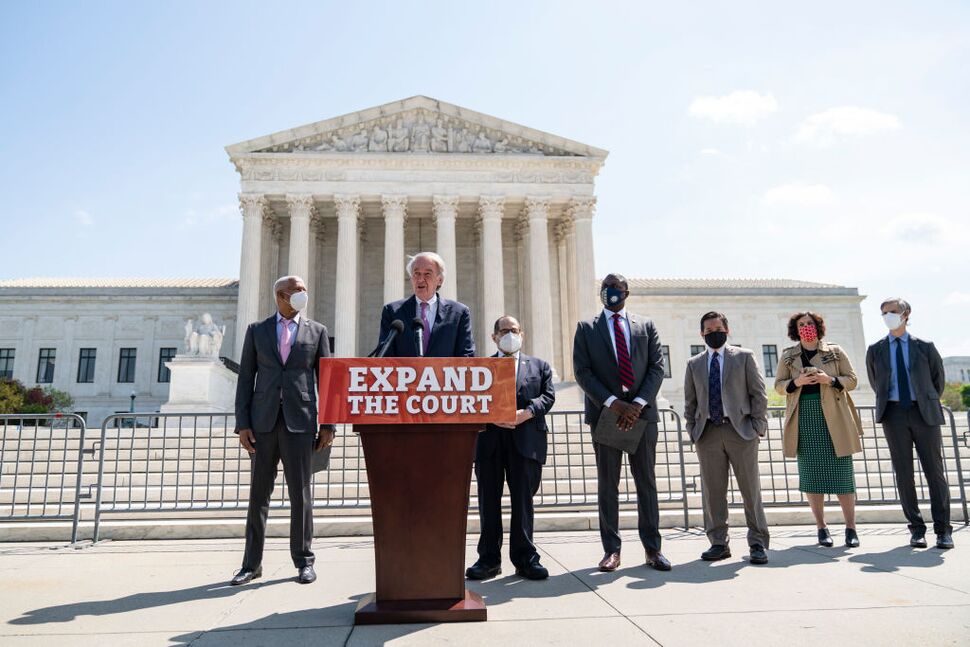 A bipartisan panel of legal scholars examining possible changes to the Supreme Court will vote Tuesday on whether its final report, which describes bipartisan support for imposing term limits but “profound disagreement” about adding justices, should be sent to President Biden for consideration.

Biden assembled the commission in response to demands from Democrats to restore what they called ideological “balance” on the court, now with three liberals and six conservatives, including three justices picked by President Donald Trump. The commission released a draft of its report late Monday.

It is not known whether the Biden administration will act on any of the policies detailed in the nearly 300-page report, which does not recommend a certain path to follow, but lays out arguments on either side.

…The Supreme Court’s approval rating among the public has dropped to a new low, prompting some justices to come forward and to defend its independence as they consider highly contentious cases involving gun rights, religious freedom and abortion.

…“No matter which way the Court came out on the question, these Commissioners worry that the Court’s legitimacy, or perceptions of its legitimacy, would be undermined,” the report states.

The commission also concludes that Congress has broad authority to increase the number of justices but takes no position on expansion, noting the “profound disagreement among commissioners on this issue.”