[ Editor’s Note: These four tornados just before Christmas will leave scars long remembered through the counties they passed through. One left a 200 mile trail of devastation, not just of the physical destruction but the broken dreams and lost hopes kind, scars of the mind.

For some death was cruel and lingering, as construction debris on top of them slowly snuffed their lives. For others it came quickly, as for Lannis Ward working next to his girl friend Autumn Kirks, when he just disappeared in a flash.

“I remember taking my eyes off of him for a second, and then he was gone,” she said.

“It was indescribable,” Pastor Joel Cauley said of the disaster scene. “It was almost like you were in a twilight zone. You could smell the aroma of candles, and you could hear the cries of people for help. Candle smells and all the sirens is not something I ever expected to experience at the same time.”

All events like this will typically be cited as the effects of climate change. It might be right, and maybe not. Only time will tell. Those in threatened areas will be part of a huge weather roulette wheel that randomly picks winners and losers, and never has any regrets.

The West Coast had predicted a dry winter with expected devastating consequences for water resources and fires next summer, but a two day blizzard moving in will dump a huge amount of snow in the mountains and has the skis resorts jumping for joy to pull in some badly needed revenue.

The Gulf Coast people took a harsh hammering this year with multiple hurricanes. All of above appears to be the permanent climate backdrop we will be living with for some time… Jim W. Dean ] 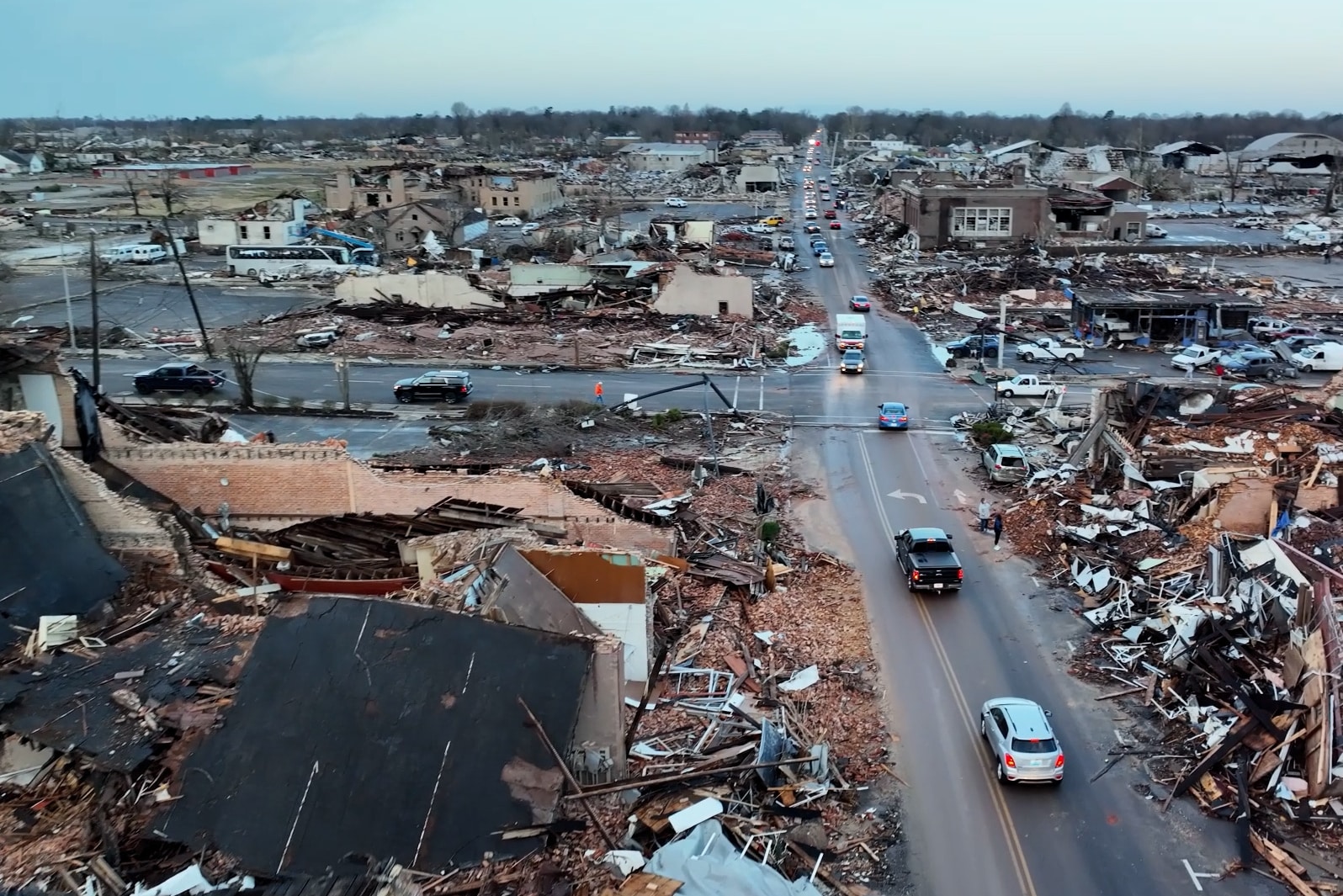 MAYFIELD, Ky. — Workers on the night shift at Mayfield Consumer Products were in the middle of the holiday rush, cranking out candles, when a tornado closed in on the factory and the word went out: “Duck and cover.”

Autumn Kirks pulled down her safety goggles and took shelter, tossing aside wax and fragrance buckets to make room. She glanced away from her boyfriend, Lannis Ward, and when she looked back, he was gone.

At the candle factory, rescuers had to crawl over the dead to get to the living at a disaster scene that smelled like scented candles.

…Gov. Andy Beshear initially said Saturday that only 40 of the 110 people working in the factory at the time were rescued, and that “it’ll be a miracle if anybody else is found alive in it.” But on Sunday, the candle company said that while eight were confirmed dead and eight remained missing, more than 90 others had been located.

…At the candle factory, rescuers had to crawl over the dead to get to the living at a disaster scene that smelled like scented candles.

…Layers of steel and cars 15 feet deep were on top of what used to the factory roof, the governor said.